Here’s how it can help you, too. 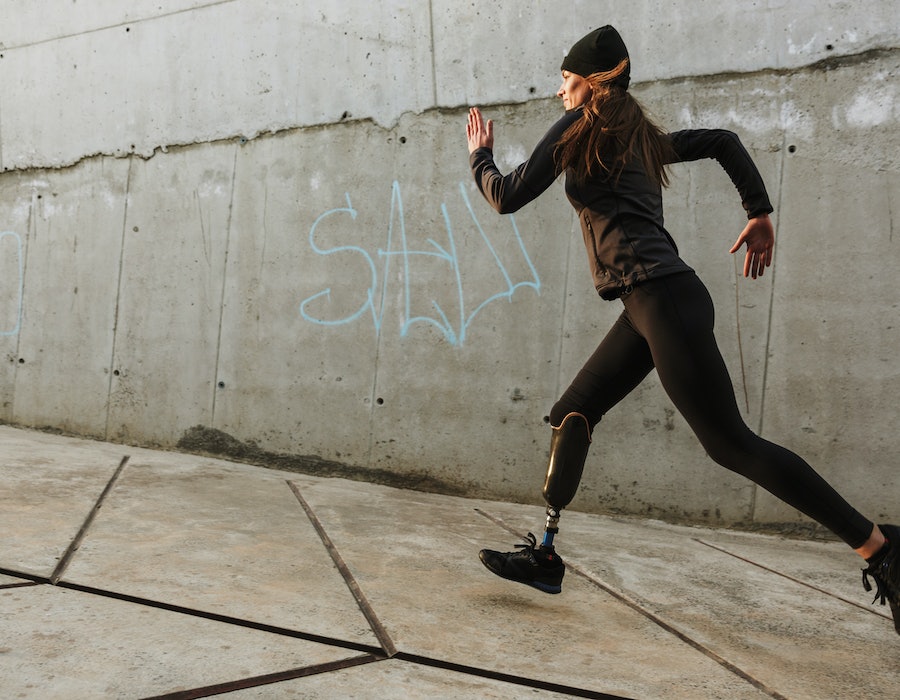 I know I’m not alone when I say that the pandemic had a serious impact on my anxiety. Though I’ve worked from home by myself for a while, the sudden uncertainty and increased loneliness that COVID-19 brought was devastating to my mental health, as it was for many others. Sure, I struggled before the virus existed; but once we were relegated to our homes with no end in sight, I could barely get out of bed, and even the smallest mishaps at work would result in a full-blown panic attack. After months of this with no real change, I realized I had to do something. However, that something needed to be affordable and easy to maintain. So, I turned to running to help me deal with my anxiety. And though I’m someone who’s always loved exercising, even I was shocked at how much it helped.

Because a lot of my anxiety seemed to be happening in the morning, especially before work, I decided to implement my new activity then to see if it would change anything. I started jogging two to three miles a couple of days a week as soon as I got up — nothing too strenuous, since I didn’t want add a different stressor by worrying about hitting a certain goal or waking up earlier. I’d immediately hop in the shower and have breakfast afterward, keeping the rest of my routine pretty normal before I had to sign on for the day.

The effects were immediate — and drastic. Even after my very first run, I realized I no longer felt like I was falling into a worry-driven spiral before work. Suddenly, I felt refreshed and much more ready to take on the day — and that continued through the evening. Plus, I dealt with things better: rude emails didn’t make me question my worth quite so much, and I took criticism more in stride than usual. In short, I felt transformed. And while I realize that sounds like a cheesy exaggeration, there’s actually a lot of science to back up my discovery.

How Running Can Help Anxiety

“Quite a lot of research has shown that cardio is inversely associated with anxiety,” the “VibrantDoc” Dr. Stacie J. Stephenson, tells TZR in an email. “In other words, the more cardio, the less anxiety!” There’s not just one simple reason why, though; as Dr. Stephenson explains, it’s actually quite complex since “multiple mechanisms probably influence this relationship.”

That said, she provided even more examples of studies that demonstrate how running — and cardio in general — can improve your mental state. Dr. Stephenson notes that “cardio reduces the reactivity of the sympathetic nervous system,” aka the “flight or fight” mode that’s triggered when we feel anxiety, in addition to calming the hypothalamic-pituitary-adrenal (HPA) axis, “which is responsible for responding to stress.” In addition, she continues, exercise “increases the production of tryptophan, a precursor to serotonin, which has a calming, positive influence on mood, as well as releasing endorphins, which are a kind of internally manufactured opioid.”

Astoundingly, that’s not all. Not only has it been shown to increase self-confidence and empower people (“a wonderful intervention into the sense of powerlessness people may feel during an anxiety attack,” says Dr. Stephenson), it can help reduce anxiety sensitivity — an extreme fear response to anxiety — as well. “Exercise, the theory goes, de-sensitizes people to sensations they fear, such as an increased heart rate and increased breathing rate,” she explains. “When people experience these sensations in the context of exercise, they become used to them and feel less fear when they experience them during an anxiety attack.” Consequently, the severity or even the incidence of anxiety attacks could decrease.

When To Run To Help Anxiety

Though I do sometimes run in the evening when I can’t fit in a morning workout, I personally notice the benefits much more from my a.m. jogs. Because of that, I was curious if engaging in cardio at a certain time could have an impact on its effect.

Dr. Stephenson explained that she hasn’t seen any “specific research linking morning exercise with anxiety or mental health in general.” However, she does note that exercising in the morning could mean improved performance and sleep “since exercising when cortisol is lower in the evening could artificially raise cortisol levels and interfere with sleep.” In addition, she cites a study that shows improved cognitive performance from morning cardio. Therefore, she says, “We could extrapolate that better sleep and generally better cognition result in less anxiety.”

How Often To Run To Help Anxiety

In my own experience, any amount of running at one time decreases my feelings of anxiety, though I have to do it almost every morning to get the full scope of effects it generally provides. And according to Dr. Stephenson, exercise is dose dependent, “meaning the more you do, the better.” That said, she clarifies, there is a tipping point at which it can actually become a stressor itself — though it takes a lot.

She notes a study that showed that regular exercise up to 90 minutes a day “was associated with better mental health than not exercising”; however, at three hours a day, mental health began to decline. (She does explain that not many people have enough time to workout this much, but that exercise addiction is a real disorder and that one study has shown it’s actually associated with emotional distress.) According to the former study, she shares, the “sweet spot for mental health” seems to be 45 minutes of exercise, three to five times a week.

Again, though, it’s important to note that everyone is different, and that you should talk to your doctor and pay attention to the needs of your body to decide how much running or cardio is right for you. Personally, the mental health “sweet spot” Dr. Stephenson mentioned is the schedule that’s ideal for me. But I also know that some weeks, waking up early to run would actually cause me more stress, and doing less makes me feel better. And recognizing that helps me more than pushing myself too much ever would.