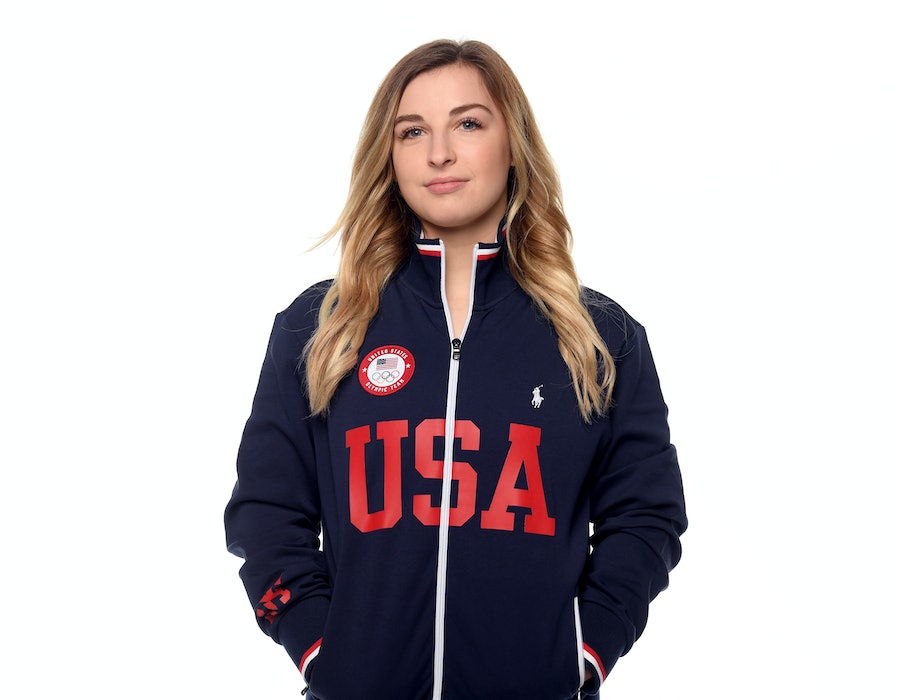 Imagine you’re gearing up for a major meeting at work. Stressful, right? Now imagine you’ll not only be giving a huge presentation to demonstrate your skills and hard work, but that the entire world will be watching you do it. In that case, you can probably imagine the pressure to perform would be off the charts. It seems almost unfathomable — but that’s essentially what champion weightlifter Katherine Nye has been gearing up to do for the 2021 Tokyo Summer Olympic Games. And while self-care rituals was already crucial because of her demanding and rigorous schedule, the athlete explains that an unexpected diagnosis made her see mental health and wellness in a whole new light. It also helped her put her life and priorities in perspective.

Nye revealed in an Instagram post in 2019 that, “After a few appointments and some rigorous testing, to my surprise I have been diagnosed with Bipolar II Disorder and mild ADHD,” she wrote in the caption. “It kinda makes sense now but I wasn’t really prepared to deal with this — but I know I need to for my mental health.”

Since this discovery, Nye, who is also a student at Oakland University, says she likes to “keep things simple” when it comes to taking care of herself. Though the weightlifter does sometimes indulge in things like yoga on her (rare) days off, she explains that for her, self-care is more about indulging n the mundane. “I really value time to decompress, and it doesn't need to be something special,” she tells TZR. “I think mostly just chilling out, going to church, spending time with my dogs — that's my version of self-care. Maybe it's not as nuanced, but it works for me, and that's what matters.” She adds that taking time to remember what matters most and not let the effects of bipolar II disorder dictate how she goes about her days is another way in which she prioritizes her health — both mentally and physically.

“Now I just know when things are getting out of control, I need to step back and be like, You know what, weightlifting is my priority; my husband and dogs are my priority; school, to an extent, is a priority. So let's focus on these things, use that mentality of hyper-productivity, and put it into what matter most. It's not so much about changing my self-care routine, it's more like, OK, let's manage what we got instead of filling up my plate too high.”

To be sure, Nye — like many other Olympic athletes and hopefuls — has been dealing with the pressure of competing and training for a major event for years. The now-22-year-old won silver at the IWF Junior World Championships in 2018 after only a short time in the sport, and at the IWF Senior World Championships in 2019, she became the youngest U.S. women's world champion. Even before that, she was a gymnast until the age of 15.

According to Nye, who is set to compete in the 76-kilogram category this summer in Tokyo, coping with the pressure that comes with her career is simply a skill that’s innate — as she guesses is the case with many other athletes as well. “I'm kind of a natural-born competitor,” she says. “I've always done better in competition than in training. I really thrive with added pressure, whether that be internal or external.” And while she certainly feels it, she says, she simply tries to channel it into good adrenaline and strength. “As much as I do experience it, I don't think of it as a negative thing. I think it's a skill that a lot of higher-level competitors learn to have.”

Nye’s aforementioned practice of regular mindfulness helps her balance her responsibilities better — and realizing its importance is also in part what led her to open up about her bipolar diagnosis publicly. “When I got my diagnosis at first, it took me a second to absorb it and figure out what that meant, because I wasn't very familiar with bipolar disorder,” she explains. “But I decided [to share] very early on. I’ve always tried to be honest on social media with what I was going through because it can be a highlight reel. And I don't want to be a highlight reel — I want to be real.

“I thought it was a good way to stay honest while also helping people understand what bipolar disorder is,” Nye continues. “I’m very passionate about helping people realize that you can have bipolar disorder and still be a very functioning member of society and do incredible things, and just making people feel less alone and more comfortable with reaching out to others about it.”

Though last year’s postponement of the Olympics was a tough blow, Nye has worked hard to keep her positive and productive mindset to help her navigate the challenges that pandemic uncertainty and an extended training period have presented. And though she explains that it hasn’t been easy, she’s decided to continue prioritizing what she needs to keep her drive strong. “Part of that was switching coaches, [which I did] a couple weeks ago,” she says. “And I’m feeling more motivated than I ever have. I feel like I'm training like an Olympic athlete.” She also attributes that to being surrounded by her teammates, who she planned to join in Georgia shortly after our interview. “I'm just excited to train with my team and make that final push towards Tokyo.”