It *is* possible to become a morning person. 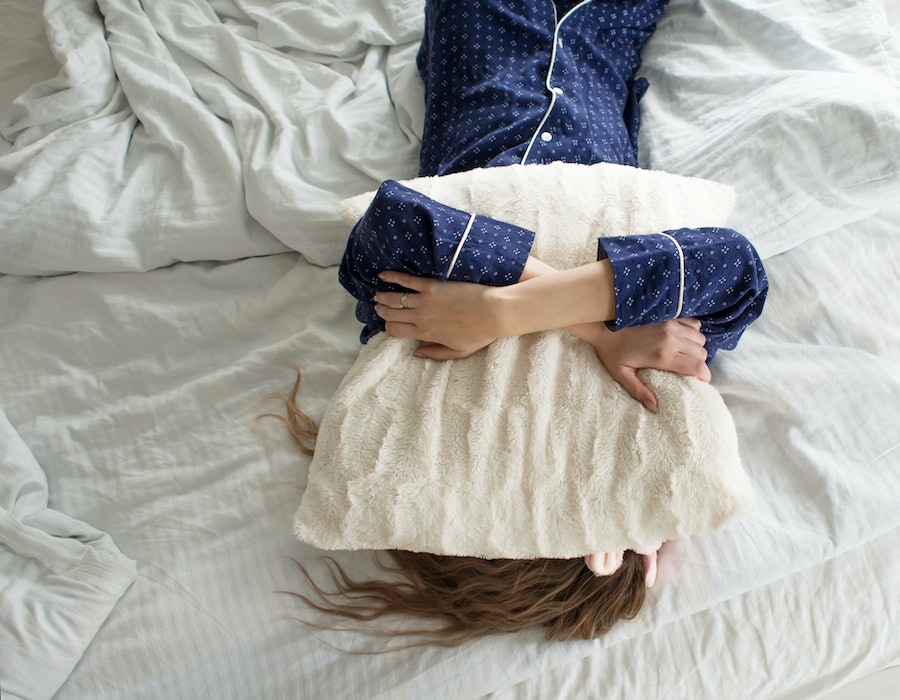 You’ve seen people document their experiments on Instagram, heard them commit to it ahead of the New Year — heck, you may have even tried it yourself. If you guessed that we’re talking about waking up earlier here, you’d be right. In a society obsessed with productivity and “hustling,” this goal seems to be a constant topic of conversation. Yet for many, it remains an elusive one — after all, unless you were born a morning person, getting up at the crack of dawn just plain sucks. And doing it day after day? Well, that’s even worse.

According to experts though, it can be done — and yes, it will probably get easier over time, if you make the effort to stick with it. However, it is worth evaluating why you’re even interested in waking up earlier in the first place, Dr. Jade Wu, behavioral sleep medicine specialist, tells TZR in an email.

“I would encourage people to carefully consider why they are trying to wake up earlier,” she explains. “If it’s because they believe waking up earlier will make them happier and more productive, I would say that it’s much more important to wake up at a consistent time — even if later. It’s better to work with your body’s rhythms, which may prefer a later wake up time, than to try and work against these rhythms.”

Of course, you may still decide that it’s the right move for you, or it’s just necessary for your lifestyle or work schedule in general. If that’s the case, then continue on for Dr. Wu’s advice on how to make the change in a feasible — and long-term — way and so that you can finally turn this early-morning-wakeup goal into a reality.

How To Wake Up Earlier: Focus On Consistency

As Dr. Wu explains, one of the biggest barriers to successfully adjusting your wakeup time is engaging in “social jetlag,” aka getting up at different times throughout the week. “For example, waking up at 6 a.m. on weekdays and sleeping in until 9 a.m. on weekends is like traveling from New York to Los Angeles and back every weekend,” she says. “This social jetlag is terrible for our sleep quality, mood, metabolism, and general health and functioning.”

It’s not just consistent timing that’s important, though. Dr. Wu also says that the presence of bright light in the a.m. every day can give your internal clock an “unmistakable cue for when morning begins,” while also increasing alertness. “Over time, this consistent, rhythmic exposure to bright light every morning helps your internal clock be robust, which helps every aspect of your physical and mental well-being,” she continues.

How To Wake Up Earlier: Ditch The Snooze Button

Are you one of those people who sets 10 alarms between 7 a.m. and 8 a.m.? Yeah, it’s time to kick that system for good — because according to Dr. Wu, hitting the snooze button repeatedly is a common habit that actually makes it harder to get out of bed.

“If you already do this on most mornings, why not just set your alarm later?” she says. “This way you will have better sleep quality in those last moments in the morning and teach your body to become alert and active when you wake up.” Her personal trick to making this easier? Allowing herself one snooze. “This feels like a luxury and gives me a chance to indulge, but doesn’t turn into a counterproductive habit.”

How To Wake Up Earlier: Take Things Gradually

As Dr. Wu notes, we experience an abrupt change in our sleep schedules every year when we “spring forward” due to Daylight Saving Time. The “widespread negative effects” of this switch — which she says include a spike in car accidents, heart attacks, and depressive episodes — make it clear just how harmful a sudden disruption to your routine can be, since “our internal clocks do not like to suddenly change course.”

Thus, it’s crucial to make any adjustments gradual. Dr. Wu’s suggestion is to change your wakeup time by about 15 minutes every few days, and to use tools to make the process easier. “Using an all-in-one system like the Hatch Restore can help by giving your body consistent and pleasant wake-up cues (e.g., I customized mine to include a sunrise light plus bird song), which you can easily program to be a few minutes earlier every couple of days,” she says. “This takes a lot of angst and guesswork out of your gradual transition to waking up earlier.”

How To Wake Up Earlier: Be Patient

It’s exciting to imagine having an extra hour or two in the morning — but you shouldn’t expect any major habit changes to happen, well, overnight. That said, with the all-important consistency, it is realistic to expect to adjust over time. So don’t give up hope; with a little patience (and persistence), you can get there eventually.

“It feels really hard at first, but even most biologically wired night owls can learn to be morning people with consistency and some help from external cues,” says Dr. Wu. “I know because I’ve been a night owl all my life, and now I feel great waking up early in the morning at the same time every day, because my baby’s wake time forced me to do this consistently, and over time, my body adapted.”