An expert breaks down their strengths and weaknesses. 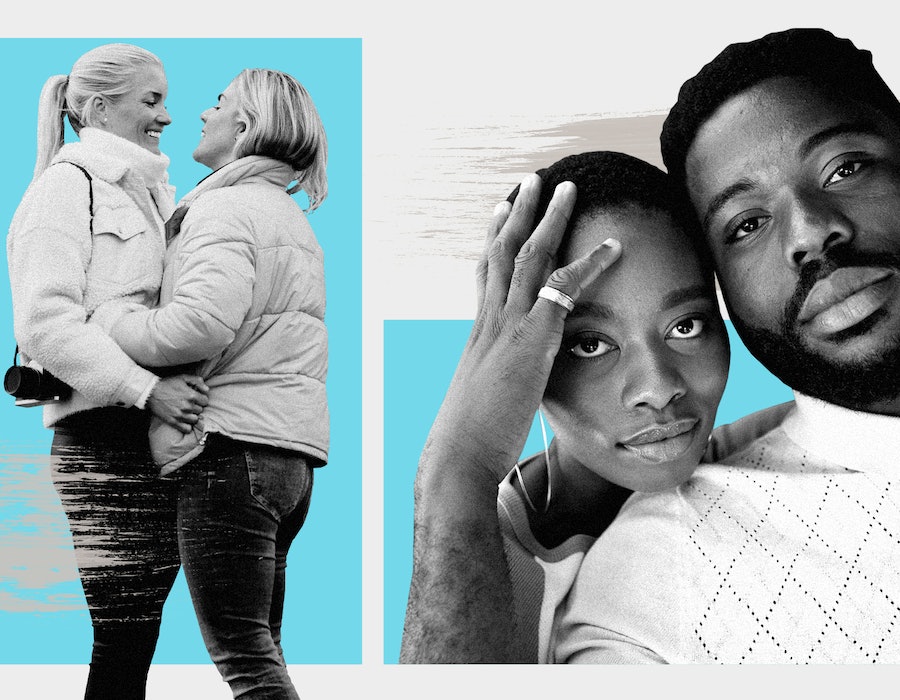 If you know anything about the Enneagram system, you're probably already aware that the tool shouldn't exactly be used as a compatibility scale. "My opinion overall is that any type can work with any type; there's no such thing as 'the most compatible' types," Steph Barron Hall, certified Enneagram coach and author of The Enneagram in Love: A Roadmap for Building and Strengthening Romantic Relationships, tells TZR over the phone. "I think that healthy people work well with healthy people, or people who are working towards growth." However, that doesn't mean that you shouldn't consider the strengths and weaknesses of Enneagram types in your relationships.

It's just that, rather than deciding who's right for you based on type, you should use Enneagrams to help you grow in awareness — of both yourself and others. Because the system is about breaking down core motivations (of which there are nine), it can be used as a tool to help people understand themselves better, work on personal development, and find more empathy and connect with others.

This can be especially helpful when it comes to relationships for a few reasons, explains Hall. One, again, is that knowing your Enneagram type can help you understand yourself. In situations where, for example, you get into a fight with your partner, you'll be better equipped to break down what went wrong. "What was underneath that for you?" asks Hall. "What part of yourself were you protecting? What ways are you maybe not aware?"

Of course, all of that understanding starts with learning about the different types, so that you can use the necessary information to inform your actions and inner work. So with the help of Hall, TZR broke down some of the motivations, strengths, and weaknesses of each one. Continue reading to see them all, ahead.

Enneagram Type One: The Reformer

Known For: Being diligent and industrious.

Strengths: According to Hall, Type Ones value integrity and honesty, and they look for that in a partner as well. "They hold tightly to their convictions and tend to be led by an inner sense of purpose," she says. "They're often focused on becoming the best version of themselves because they can always see room for improvement." Because of this, they're thoughtful and sincere in their relationships.

Weaknesses: However, they're also susceptible to rigid thinking, and tend to view their way of thinking as the only correct way, says Hall. That can lead them to be preachy or condescending to their partner. Another challenge Hall describes is that Type Ones often have a critical inner voice. "That can also cause them to feel some insecurity, or it might leak out as them condemning those around them."

Known For: Being warm and relational.

Strengths: Hall explains that Type Twos are very focused on making sure their partner feels loved and seen, because deep down they want to feel this way themselves. So, they're very invested in making sure their connections are positive and fulfilling for both people. Type Twos tend to be conscientious and considerate, and they often "give people that warm, fuzzy feeling because they are able to make people feel really at home and welcome."

Weaknesses: As with many people, Type Twos' weaknesses are their strengths in overdrive, says Hall. "They neglect their own needs and they end up in a cycle of giving to get, in which they love or help as a means to receive the same in return." This can also actually be very manipulative, because it sometimes causes Type Twos to shift who they are to be more loveable to someone else.

Known For: Being adaptable and motivated.

Strengths: Type Threes are known to be charming, engaging, and driven, and they put 100 percent into everything they do — including their relationships. "Their belief that anything is possible can be really inspiring for their partner," says Hall.

Weaknesses: However, explains Hall, Threes can get so focused on a task that they forget to take care of their relationships. Additionally, she says, the emotionality of the deep connections they crave can be too vulnerable at times. "So instead, they'll settle for focusing on tasks to support the relationship," she continues.

Known For: Being imaginative and emotional.

Strengths: According to Hall, Fours are able to have relationships with great depth and introspection because they're not afraid of all the possible feelings they could experience. "When their loved one is going through something difficult, Fours have the unique ability to make them feel seen and understood."

Weaknesses: That said, they tend to be daydreamers, and sometimes compare their current life to an idealized version they've dreamed up. "And so they find something missing in themselves, or get caught up in envy or comparison or blame," says Hall. She also explains that Fours have the challenge of feeling misunderstood, which can cause them to feel alone and hopeless.

Known For: Being cerebral and curious.

Strengths: Because Type Fives are so observant, explains Hall, they're great at getting to know their partner. "Fives can have a really unique ability to store all the information in their brain," she continues. "Think of a person who listens for something somebody says, and then six months later buys a gift for them. That's kind of something a Five might do."

Hall also says Fives are independent, have good boundaries, and are very focused on being unmoved by emotion, especially outwardly. So, they're very accepting and often a steady and reliable force for their partner.

Weaknesses: While Fives' strong boundaries can be an asset, explains Hall, they can also mean that their walls are too high to really gain the emotional connection they desire. Additionally, Type Fives are so focused on competence that they can treat those they view as less competent as lesser in value, which Hall says can lead to arrogance at times.

Known For: Being devoted and loyal.

Strengths: Hall says that Type Sixes are often cautious and focused on what can go wrong so that they can make the best possible plan for any scenario. So, they prioritize relationships they see as trustworthy and steady. Hall explains that they're also very responsible, aware, and community-oriented. "That dependability, consistency, and sense of community allows them to actually have a really good container to build the emotional intimacy that they really desire."

Weaknesses: Since Sixes desire security, Hall shares that they can also have "deep anxiety about the dissolution of the relationship." That might cause them to take a really long time to open up to emotional connection. She also explains that their suspicious nature could give them insecurity about the relationship ending, which could actually contribute to its dissolution "because their partner can sense that they're not totally there."

Known For: Being joyful, enthusiastic, and exuberant.

Strengths: As Hall says, Sevens are curious and inspiring to be around because they bring others along on their adventures. They see the world as full of possibilities, and like to keep their options open. That said, explains Hall, once they're ready to commit they will really invest in a relationship. "I think that's a big misconception about Sevens, is that they're always flaky or flighty," she continues. "But actually, they're very loyal once they're in a relationship."

Weaknesses: However, Sevens can be wary of anything that's deep, so Hall says they might run from relationships that make them feel too much too soon. And while Hall explains that many Sevens care about doing inner work, she has seen some that are reluctant to feel their true feelings or do things like attend couples counseling, which "can obviously put a strain on the relationship."

Known For: Being authentic and passionate.

Strengths: Hall likes to say that Eights don't have an inside voice. "Everything they do is at full volume; they kind of have this mantra that anything worth doing is worth overdoing," she explains. They have a tough outer exterior, but underneath it, they are tender-hearted and deeply loving. So, says Hall, they "really seek relationships that share mutual trust and respect and protection" and long for a deep connection.

Weaknesses: Type Eights are very focused on autonomy, according to Hall. Due to this, they will fight back or flee in a relationship if they sense that someone else is trying to control them. Hall says that Eights always share what they're thinking or what they believe, which can be a great strength; however, it can turn into a weakness "because sometimes there are things that maybe aren't worth the explosion, but that's what you get anyway."

Known For: Valuing comfort and harmony.

Strengths: Type Nines are often called the "darling" of the Enneagram, says Hall. They want things to feel fair, and they're very accepting of others. They seek to create a comfortable space for those around them and themselves, and do not want to experience or cause conflict. "Their ability to help others feel soothed can be really grounding for other people," explains Hall.

Weaknesses: Nines tend to forget about themselves, though. Hall says that sometimes they have trouble speaking up about their needs, and don't feel that they have the space to express who they truly are because it might cause conflict.

Additionally, because they often seek comfort, those in relationships with Nines can sometimes feel like they're abandoned. "The Nine is kind of just withdrawing into themselves so that they don't rock the boat," says Hall.