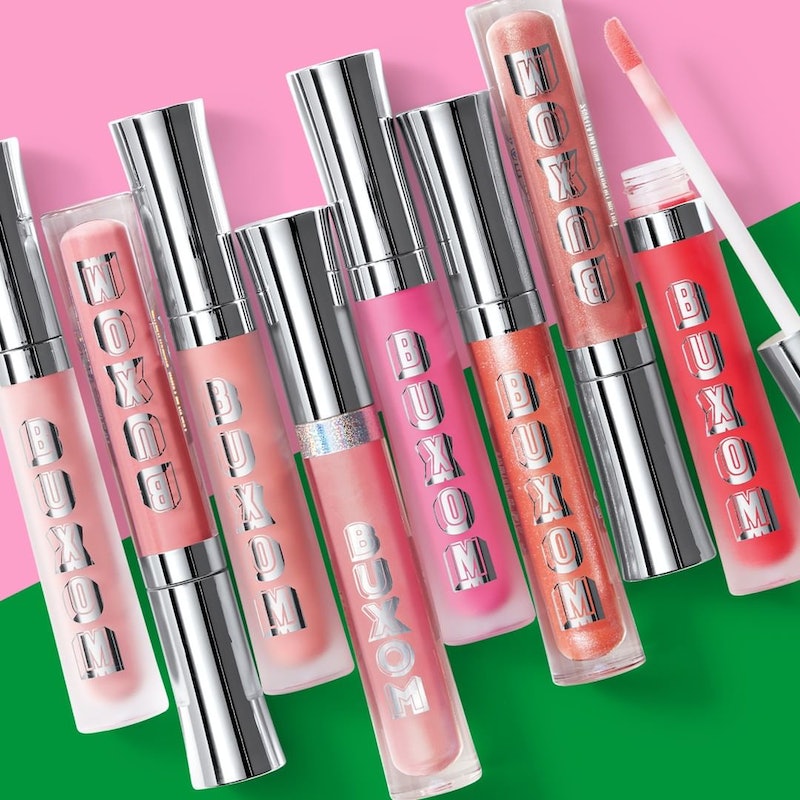 If there's one beauty store you can always count on for good deals, it's Ulta. Case in point: While most retailers focused solely on Black Friday and Cyber Monday sales during the holidays, Ulta had both — along with a Friendsgiving sale in November, and now, the Ulta Holiday Beauty Blitz, which kicked off this month and will be bringing 25 days of discounts to site and stores that are nothing short of amazing.

Because honestly, how often do you get a chance outside of the typical holiday sales to snag popular brands and cult-favorite products for up to 50 percent off? Yet that's exactly what's happening at Ulta from now until Dec. 25. And though many of the deals later in the month are still under wraps, the discounts that have been revealed through Dec. 14 prove that this sale is one to take note of.

Start by shopping Buxom's Full-On Plumping Lip Polish and Lip Cream, which are marked down to just $16 during the event. Both lip products have tons of reviews and near-perfect ratings on Ulta, and will be on sale from Dec. 8 through Dec. 14. Later in the week on Dec. 12, you'll also be able to snag Tarte's beloved Face Tape Foundation, which is normally $39, for only $25.

And thankfully, it doesn't stop with those. Following Face Tape's markdown is Clinique's Take The Day Off Makeup Remover For Lids, Lashes & Lips, which will be 50 percent off on Dec. 13 so that fans can snag the powerful formula for under $10 (yes, really). Then, ending the week (along with Buxom's discounted lip glosses) is a deal on yet another Tarte product: Tartelette eyeshadow palettes will be 50 percent off, meaning you can stock up on your favorites (including one with more than 1,300 perfect ratings) for less than $20. Hitting pan is about to feel a lot less soul-crushing.

Ulta's Holiday Beauty Blitz will be happening until Dec. 25, so there are plenty more deals to score throughout the month. Head over to the retailer's site to keep tabs on the other deals that are worth taking note of in the following weeks, and don't miss the discounts already announced — they're not going to last long.

From Dec. 8 through Dec. 14, Buxom's Full-On Plumping Lip Polish and Lip Cream are marked down to only $16.

On Dec. 12, Tarte's cult-favorite Face Tape Foundation will be $25.

Mark your calendar for Dec. 14 — on that date, Tartelette eyeshadow palettes will be 50 percent off.