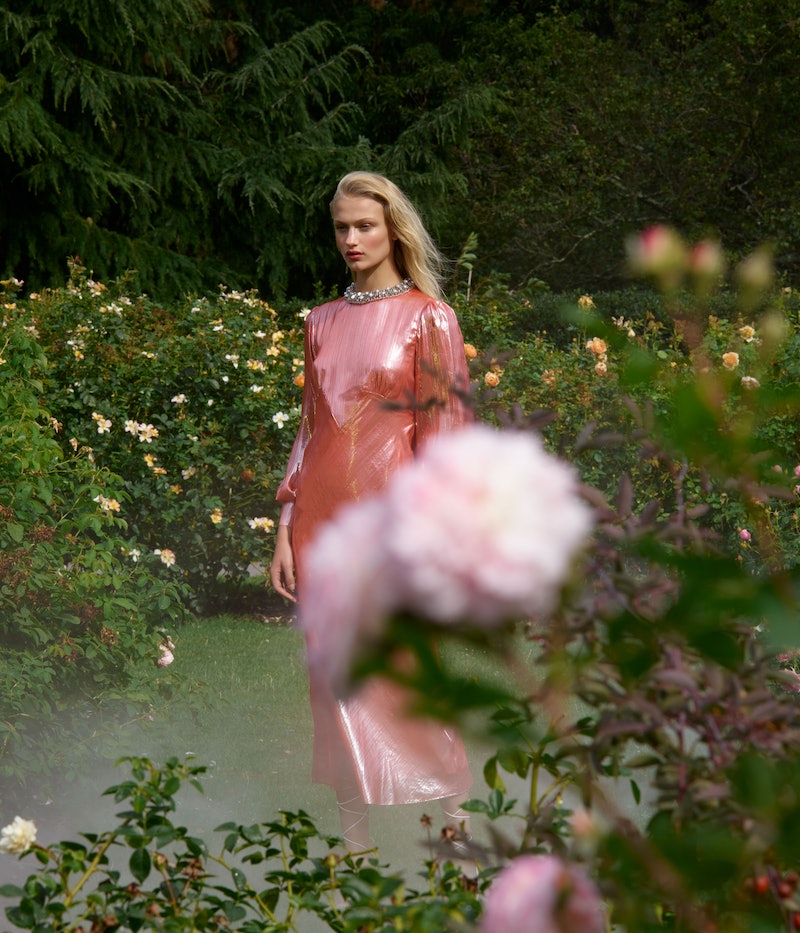 If you thought you were too old for fairy tales, the Olivia von Halle x Disney Maleficent: Mistress Of Evil Collection is here to prove you wrong. Coinciding with the Oct. 18 release of the much-anticipated sequel, the London-based brand's first-ever film inspired capsule delivers a dreamy lineup of pieces that'll bring the magic of the movie into your wardrobe in an elevated, wearable way.

Now available for purchase, the 15-piece collection includes both ready-to-wear and loungewear inspired by the film's leading ladies, Maleficent, played by Angelina Jolie, and Aurora, played by Elle Fanning. "I spent some time with Angelina on set and saw the costumes which are absolutely exquisite; so beautifully made and with a level of detail that is quite staggering," said von Halle in a press release from the brand. "We discussed the complexities of Maleficent and Aurora's characters which really helped us to create a collection that explores and celebrates these two powerful heroines, and what they would wear if they were women in 2019."

Within the capsule you'll see the relationship of light and dark play out, with glamorous pieces in rich, black-hued fabrics influenced by Maleficent sitting next to whimsical white and lustrous pink styles that channel Aurora. Meanwhile, the brand's popular "Queenie" robe, $900, and "Lila" silk pajama, $525, have been re-imagined in a lilac "Apple Blossom" floral print, which was inspired by the magical forest where Maleficent and Aurora met.

"Growing up with Disney, I found from an early age that the characters I was drawn to the most were the villains, the rebels, the rule-breakers. They were dangerous, interesting, had depth to their characters — and were so glamorous and well dressed!," said von Halle in a press release from the brand. "Women are complex and powerful and I believe that we all have a Maleficent and an Aurora within us, and I wanted to create a collection that would enable women to explore and embrace these contrasting sides of their personalities."

For those who want to explore the dark side, you must first take a peek at this floor-grazing, silk dress, $900, which features a detachable feather collar. After you slip off the head-turning frock, you can slide into this set of luxe velvet pajamas, $655, adorned with black Swarovski buttons. And the Aurora-inspired pieces are equally as eye-catching; the shimmering Aureta Grace Silk Lurex Mid-Length Dress, $740, and the Edie Aurora Silk Organza Dress, $515, are not to be missed.

Continue on to begin shopping pieces from the collection, and head over to OliviavonHalle.com to view the rest.