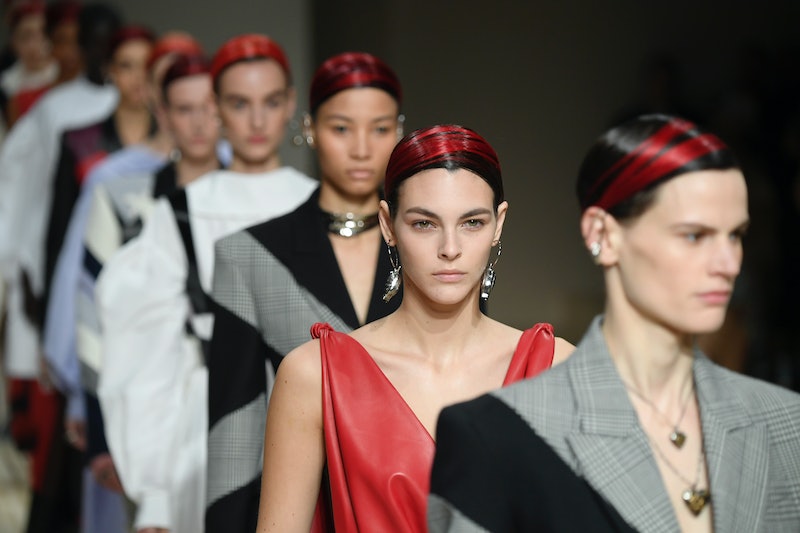 As physical togetherness remains compromised, the masses have begun to rethink — and rework — the concept of unity that people have relied upon for thousands of years. In fashion and beyond, creatives are coming up with new takes on "togetherness," and luxury fashion house Alexander McQueen is no exception. To circumvent the current obstacles, the brand's called upon music to be the connective tissue that transcends physical proximity — and McQueen fans everywhere are rejoicing. The #McQueenMusic initiative is dropping runway scores to bring people together — and, with two installments down, listeners are already hankering for more.

The manifold project includes a well-rounded Spotify playlist, curated by English composer Isobel Waller-Bridge (sister of Phoebe Waller-Bridge). The composer has previously architected the soundscape for McQueen — specifically, the Spring/Summer 2020 women’s show in Paris last September. The playlist is as eclectic as they come, ebbing from Vivaldi's Four Seasons (as recomposed by Max Richter) to cult-producer Clams Casino's synth-heavy sounds. Waller-Bridge fondly characterizes the playlist as "two hours of diving into a world of excellent music to walk to, to stare at the sky, to run to, and to think of each other.”

To sweeten the deal, Waller-Bridge also composed an all-new original score for the house of McQueen. Teaming up with musicians Robert Ames and Galya Bisengaileva (both of whom also performed in the Spring/Summer 2020 show last year), the three created "Suspended In Air" — a lilting, ambitious track that's laden with hope for the future. The duo performed the piece on Youtube Live last week — and it's still online, so listeners can hit replay on it again and again.

“I look around and I feel community more than ever," says Waller-Bridge, who waxed poetic on the project. "Community is a word so deeply associated with McQueen, and I wanted to celebrate that connectivity with diversity and energy."