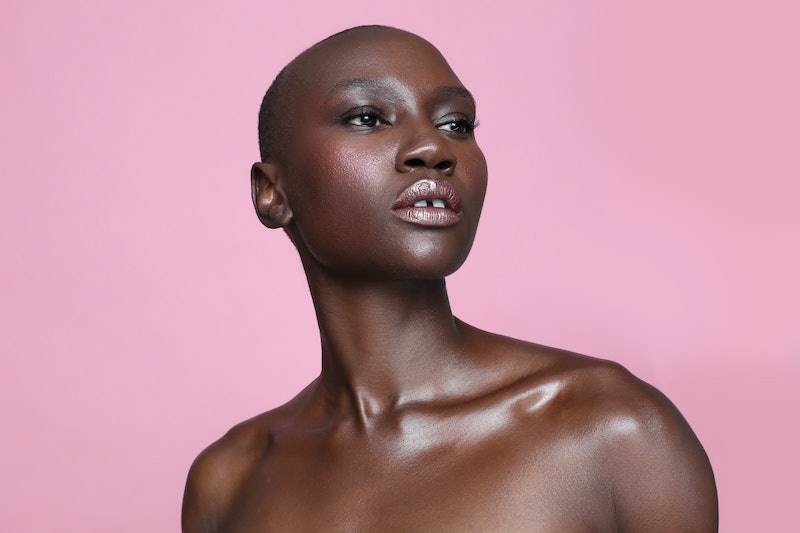 Lockdown gave you the chance to deal with any makeup burnout you may have been feeling, but now you might be at the point where you're missing the opportunities that allowed for a red lip or smoky eye. If you're in search of some fresh products, you'll be pleased with the launch of The Lip Bar's Dream Chaser Lip Gloss, an ultra-shimmery formula that'll break any makeup hiatus.

Released on June 15, the newest shade dreamt up by The Lip Bar can now be found on the brand's website and in select stores and online at Target. The fresh addition to its lip gloss line is a purply mauve color infused with a mesmerizing gold sheen.

But the shade is more than just a new color; The Lip Bar wanted to use its name and release to remind lip gloss wearers of their strengths, ambitions, and abilities to overcome adversity. "Our #NEW DREAMCHASER gloss is for the Dreamers," an Instagram caption announcing the new launch stated on June 15. "The one who goes after it even in the most trying times. The one who doesn't let adversity or inequalities stop her. One who doesn't let a pandemic stop her. The one who constantly inspires everyone around her to level up."

But if even just looking at Dream Chaser is your first foray into lip gloss since the early aughts, it's worth noting that times (and formulas) have changed. More brands than ever are adding more luxe, upscale glosses to their inventories, and these aren't the same sticky concoctions that were basically traps for flyaway hairs. Most now boost your lips' health and have velvety smooth formulas, not tacky ones — which is something The Lip Bar in particular prides itself in.

The brand touts its formula for its silky texture rather than the expected goopy finish most lip glosses leave. If you're new to The Lip Bar in general, its vegan, 90 percent organic lip glosses (many of which have near-perfect ratings from customers) are a great place to start. But while the brand's name implies that lips are its specialty, it also sells nearly any makeup product you could need for a full face, including eyeshadow palettes, bronzer compacts, foundations, and brow gels — so while you're checking out the new launch, be sure not to miss its other beloved offerings as well.

Below, shop the new shade of gloss, along with a few other fan-favorite colors.