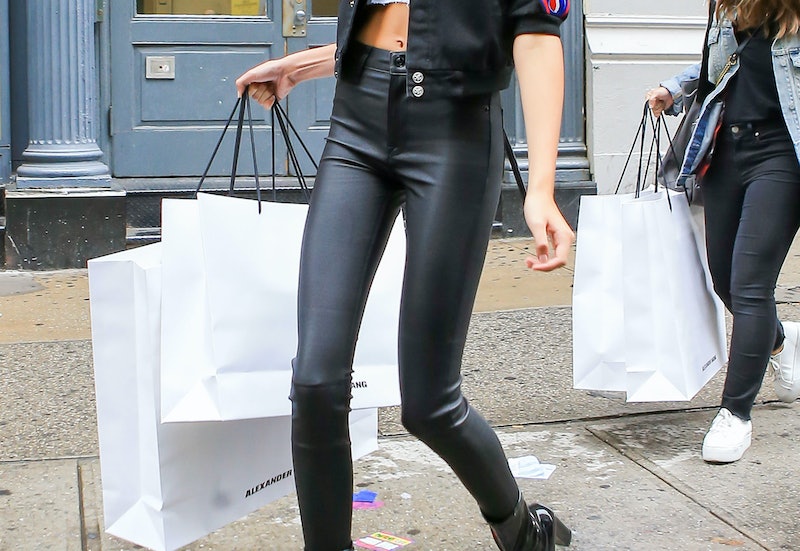 Ever enter the mall around the holidays to grab a few gifts, only to end up leaving with an empty wallet and arms loaded with shopping bags? You're not alone. Everyone wants to stay on budget during the gift-giving season and maybe even save some money, but the best holiday shopping tip isn't just memorizing where sales are. Learning the psychology behind the holiday shopping experience itself, and why it's so hard to not spend all your money during the holidays, is a clever way to ensure you leave the mall with no buyer's remorse.

You can bring a list that details exactly what you want to buy everyone you know and still end up in a store you didn't plan on visiting, spending money you didn't want to spend. This phenomenon happens because mall holiday advertisements work on a level deeper than you may realize. According to a study The Cut wrote about in November 2018 titled Putting Your Customers in a Buying Mood from Smart Retailer, how a store smells and what music it plays directly influences how likely you are to shop there, and how much money you're likely to spend.

Spoiler alert: Stores want you to spend as much time possible shopping. Smart Retailer points to a 1982 Milliman Inc. study which found that grocery store customers spent 34 percent more time — with a correlating sales increase — in a store that had background music playing. That could explain why one of the first places you'll hear holiday music is at the mall, serving as a subtle reminder to shop 'til you drop. All the extravagant holiday decorations and sparkly lights don't hurt, either.

But ever wonder why you'll hear Mariah Carey's All I Want For Christmas Is You a million times on the radio, but less frequently when you're shopping? Smart Retailer also sourced a 2000 study that researched how familiar music versus non-familiar music affects shopping habits. Surprisingly, the study found that the top 100 isn't the best option for a shopping mall playlist: when customers hear a song they know, they're more likely to focus on the music instead of spending money. Makes sense, since it's basically impossible to resist attempting to sing every note with Mariah Carey.

How a store smells also has a profound influence on shoppers. According to research Smart Retailer cited, people are 100 times more likely to remember a smell than a sight or music. That means that if a store smells like sweet holiday memories — baking cookies, crackling fireplaces — you may subconsciously react by lingering in that store, or even spending more money. A study by Eric R. Spangenberg published in 2005 in the Journal of Business Research found that by combining Christmas music and Christmas-related scents, shoppers had a "more favorable" time.

This all doesn't mean you need to bring noise-canceling headphones and a jar of coffee beans to cleanse your palette next time you go shopping, though. Just by being aware of how a store's atmosphere affects you puts you in a better position to stay on budget. And next time you find yourself humming along to a catchy Christmas song you've never heard before while wondering how the mall smells exactly like your grandma's cookies, think of the science behind the experience instead of pulling out your wallet.