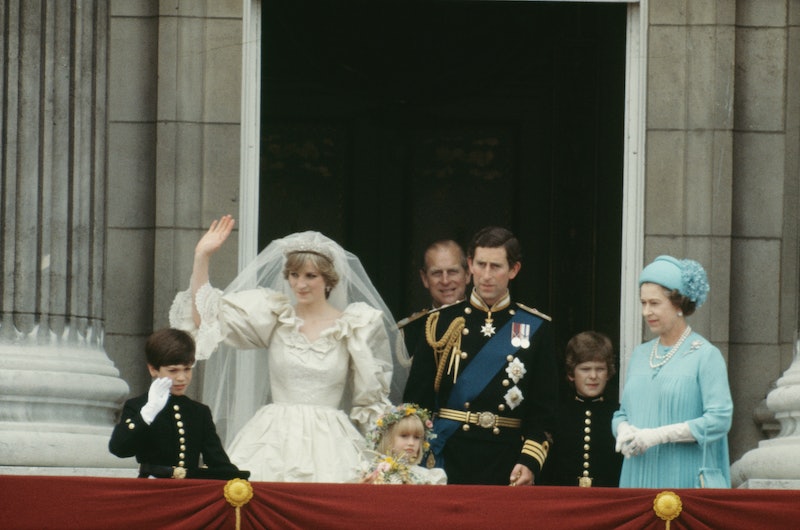 Diana, Princess of Wales' life and legacy have become one of the most interesting stories to tell. And now, it’s getting its turn on The Crown, which released its Season 4 trailer and is zeroing in on the young princess-to-be. In addition to her experience as a royal, the show is also recreating some of her most iconic fashion moments, including the one watched by millions on her wedding day to Prince Charles. That's, right Diana's princess bridal gown will soon make another appearance on TV screens everywhere.

Throughout her years under the watchful eye of the world, Princess Diana became an enigma — and naturally, that only led to more attention. Nearly everything the late royal did, wore, or said, was recorded in one way or another, and the popular period drama makes no move to shy away from this part of her life.

Netflix released its first teaser for the show’s upcoming season (which arrives on Nov. 15), and it includes a handful of clips featuring its Princess Diana, portrayed by actor Emma Corrin. Between the flashing lights that surround the Princess in almost every appearance she makes, the trailer highlights the ups and downs she experienced in her role. However, it also features some of her most iconic fashion moments — including the dramatic wedding dress she wore to marry Prince Charles.

The teaser ends on Princess Diana’s wedding gown just as she’s preparing to make her way down the aisle, and it offers a good look at the virtually endless train that trailed behind her. The Crown’s version of the wedding gown looks nearly identical to the original dress Princess Diana wore in real life — straight down to the 153-foot veil — which was designed by David and Elizabeth Emanuel, according to Harper’s Bazaar.

Judging by these clips, it’s clear that The Crown will be diving into the late princess’ most notable ensembles. In addition to featuring her wedding dress, it also shows footage of the bright pink polka dot number from her 1983 royal tour of Australia. And beyond those two, there are so many more outfits to choose from, whether she’s wearing a simple pair of biker shorts or sparkling gown for a formal occasion.

Mark your calendars for Nov. 15, because once The Crown Season 4 launches on Netflix, there’s no question you’ll be watching for Princess Diana’s fashion moments and more non-stop once it’s available.