By Danielle Naer
6.25.2020
COURTESY OF THE BLACK IN FASHION COUNCIL 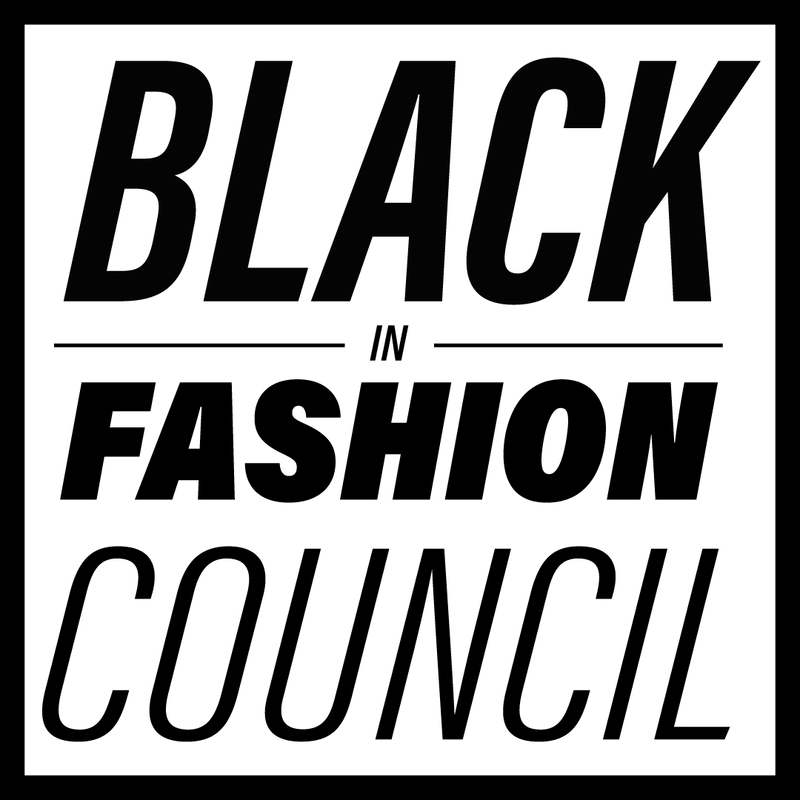 "This all should have happened a long time ago, and these are conversations I've been having for my entire life," said Lindsay Peoples Wagner, Teen Vogue editor-in-chief, just two weeks ago. She was speaking through Diane Von Furstenburg's well-followed Instagram for the day, as part of the #SHARETHEMICNOW initiative. Meanwhile, she and Sandrine Charles, fashion publicist behind her eponymous firm Sandrine Charles Consulting, were coming together to form a new type of coalition: the Black In Fashion Council, which would partner with brands and businesses to help them enact profound, lasting change. Almost as quickly as it was conjured up, it began gaining whirlwind traction — and steadfast loyalty — across the industry.

To join forces, brands, publications, and companies in other fashion sectors can sign a three-year pledge, committing them to foster Black talent with oversight and guidance from the council's executive board. The council is also working with the Human Rights Campaign to develop an equality index score, which will quantify the progress made by businesses over time. This strikes a chord with the Kelly Initiative, which contested the CFDA's new inclusivity initiative for coming up short, urging them to numerate companies' racial makeup and publicize it annually. While the CFDA has not yet agreed to work with the 250 Black professionals who have signed the Kelly Initiative's petition at this time, it is actively in conversation with the Black In Fashion Council to work together moving forward.

The CFDA's response to the rise of the Black Lives Matter movement was not the only one to receive criticism. When brands took to Instagram to share their official statements of solidarity, users were quick to respond — pointing out instances where words felt performative, lacked action, or simply didn't align with internal company culture and employees' past experiences. Still, the Black In Fashion Council aims to take a different approach. "How we are going about this process allows for people to be vulnerable — we’re not going about this in a ‘cancel culture’ or ‘calling out’ method, [but in] a way that allows for there to be conversations between companies and executive board members who have experience in all these spaces," Peoples Wagner shares with TZR. "This approach allows for people to feel like they can build up to change and truly rise to the occasion instead of being shamed."

One of the most widespread demands heard was for businesses to go beyond a donation. "We want brands to recommit their diversity initiatives for change," Charles tells TZR. "The announcements [that] dedicated monetary efforts to support Black Lives Matter are a great start." This recommitment can take different forms: take, for instance, Aurora James' 15 Percent Pledge, through which retailers from Rent the Runway to Sephora are committing 15 percent of their shelf space to Black-owned brands. "Black people are not a monolith, so there can’t be a single solution or single group leading the charge. A single group can easily be brushed aside," said Nikki Ogunnaike, Deputy Fashion Director of GQ and executive board member of the Black In Fashion Council, in an Instagram post. "But seeing these groups EN MASSE?! That’s a multi-prong plan of attack for dismantling a seriously messed up, systemic problem! Corporations ... should get to know every group’s name."

To get involved now, Peoples Wagner and Charles encourage all Black industry professionals to sign up for the council on the site. From there, members will be looped in with the committees and enlisted in the effort to advance the Council's mission. "This is a community in every sense of the way," says Charles. "We are hoping people are excited to get to work collectively and push through effective change on all levels."