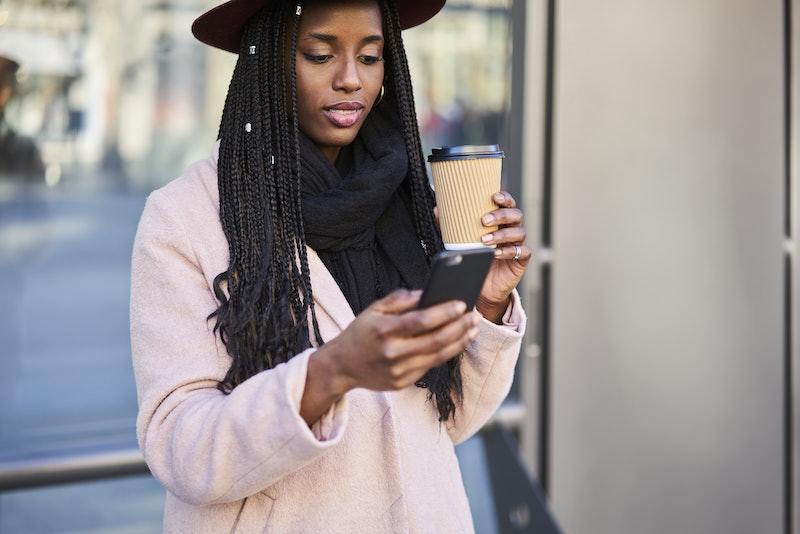 While there are a plethora of dietary trends likely flooding your Instagram feed these days (keto, paleo, etc.), you'll probably notice one main common thread among them — the reduction or even total elimination of sugar. Those of you who aren't proud owners of a sweet tooth may find this adjustment easier to deal with, but if you're the type who just can't give up the occasional dessert or just a spoonful of something sweet in your morning coffee or tea, it could be worth doing a little research on the best (and worst) sugar substitutes — so you can still get your fix.

The market is admittedly inundated with supposedly healthy alternatives to the real deal (in this case, refined white sugar), but according to nutrition experts, it's not so black and white. So before you simply swap your soda habit for regular consumption of some other sugar-free drinks and call it a day, you might want to get the scoop on what some of these substitutes are, how your body processes them, and how much is considered safe to consume.

As a licensed nutritionist with Frugal Nutrition, Caitlin Self knows the struggle to lower your sugar intake — or give it up altogether — is real, but she also acknowledges the importance of limiting your daily dose, considering some of sugar's negative effects include an increase in anxiety and the dreaded energy crash-and-burn. That said, when it comes to substitutions, while there's still much research to be done, some absolutely have more benefits (and downsides, as it were) than others. Ahead, find Self's advice when it comes to some of the most popular sugar alternatives — including a few you've probably never heard of (but should).

An artificial, non-saccharide sweetener, aspartame is more of an "old-school" sugar alternative, though it's still what gives many diet sodas and sugar-free candies/gums their sweet flavor. The first thing to note about this one, according to Self, is that because it's exponentially sweeter than sugar, it can change your tolerance for sweets, which could result in you consuming a whole lot more.

And that also could be a problem considering that some studies have shown a link between aspartame and cancer. "The body doesn’t recognize it as food, which means it puts additional burden on the liver," the nutritionist says. "Additionally, it contains phenylalanine, which is toxic to those with the congenital condition PKU."

Before you dump this little yellow packet of highly processed sweetner into your morning cup of coffee, you might want to know that not only does is it taste 400 percent sweeter than sugar (similar to aspartame), which means it can alter your tolerance for sweet tastes, it may also be bad for your gut health. "We’ve seen studies that have shown sucralose to negatively alter the gut microbiome," Self explains.

While Self acknowledges that this plant-based sweetener can be a great way to give your beverages a sweet flavor when in its natural leaf form, the processed, store-bought versions might not fare so well. "Store-bought, powdered stevia contains a highly concentrated form of stevia extract, called rebaudiside-a (Reb-A)," she says. "This is then blended with sugar alcohols or other sweeteners, resulting in a highly processed sugar substitute. Reb-A is about 200 times sweeter than sugar." So if you can't get your hands on the leaves themselves, you might want to use this one in moderation. Aside from that, many people find that while still sweet, stevia can have an "off" or even unpleasant flavor.

Another plant-based option, this sugar substitute is derived from a small Chinese melon that bears the same name, and it's what Self refers to as a "non-nutritive sweetener." According to her, these tend to be preferable for diabetics, as they won't spike your blood sugar. Additionally, in its purest forms monk fruit may also have anti-inflammatory properties. One drawback? It's still notably sweeter than regular white sugar, so it should be used in moderation as to not increase your cravings for sweets.

"One of the benefits of date syrup is that it comes from real food," Self says of this low glycemic sweetener. "Although it is processed, you’re still getting some trace minerals from the dates themselves." Similar to honey, date syrup also has antimicrobial properties and offers antioxidants, but look for unrefined versions to get the most nutrients possible.

"Coconut sugar is primarily fructose, much like honey and agave sweetener, which means it is lower on the glycemic index (at 35) than sugar, and is less likely to spike your blood sugar," says Self. And although high fructose foods (like corn syrup) contribute to metabolic syndrome and hypertension, this sugar alternative is considered to be at a safe level — comparable to fruit or honey — plus it contains nutrients that sugar doesn't.

"It is extracted from naturally sweet coconut flower buds and is often considered less processed than white sugar because coconut sugar is not bleached, and the sap is merely boiled to remove most of the water and then dried into sugar," the nutritionist explains. That said, she notes that the popularity of this sweetener could mean some manufacturers are making highly processed versions, so opt for it in unrefined form.

"Allulose is the new kid on the block. It's considered a 'rare sugar' because it is technically a sugar (a monosaccharide), but it’s only 70 percent as sweet as sugar and current research shows it has little to no affect on blood sugar or insulin levels," says Self or this keto-friendly sugar substitute that's naturally present in foods like wheat, figs, and raisins, and may have some anti-inflammatory properties. That said, because your body processes it like fructose (and therefore contribute to metabolic syndrome and hypertension) you'll definitely want to use it in moderation.