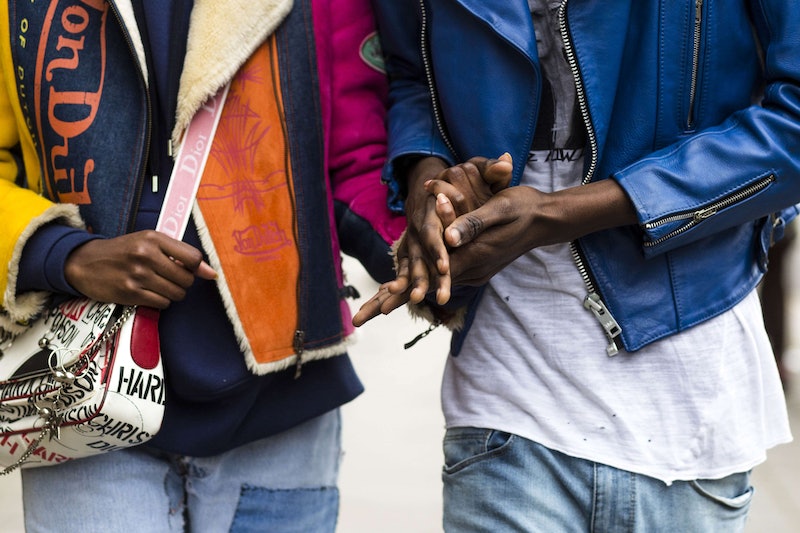 Ending a relationship is never easy, but this is especially true when it comes to breaking up with someone you really care about. Maybe you value your partner's support but your feelings have become platonic, or perhaps you were friends before you began your romance. Whatever the case, splitting with your S.O. is a delicate process, especially if you're determined to spare their feelings as best as you can.

Turns out, a lot of people stay in relationships too long because they don't want to hurt the other person, or because they fear what life would be like without them. But the reality is, if you don't see a future together, delaying the inevitable is unfair to both of you.

Ahead, two relationship therapists weigh in on the most effective and gentlest ways to call it quits with someone you still care about. From identifying why you're still in an unfulfilling relationship to tips on handling your ex's feelings afterward, remember that as hard as it is to break someone's heart, being honest is the kindest thing you can do in the long run.

And who knows? After all is said and done and you've both had time to heal, you and your ex may even become friends.

Be Honest With Yourself

The very first step is to be clear about your wants and needs: Are you happy in your relationship? If not, why are you and your beau still together? Gabrielle Freire, a licensed marriage and family therapist, says that some "may stay with their partner during the holidays, until after a planned vacation, or around their partner’s birthday." Then there's the matter of living together and needing to find a new place to stay, which can be a monumental task in cities like New York or San Francisco.

Dr. Sue Varma, a board-certified psychiatrist and couples and sex therapist on faculty at NYU Langone (@doctorsuevarma on social media), adds that another common reason for procrastination is fear. "Breaking up is a painful process; it means that our lives are about to change, and we will need to embrace the unknown," she says. "We fear being alone, and have distorted perceptions about never finding someone again. It's a common thought and a reason we stay in dead-end relationships." And a final thought: "It's possible to love someone even when you are not 'in love' with them," she says.

Point being, these reasons just prolong your unhappiness, and the two of you may be missing out on other romantic possibilities. At the end of the day, if you're unhappy, it's probably time for a change — and the sooner, the better.

Pick A Private Place To Talk

Out of respect for your partner, "I don’t generally recommend a public break up," says Freire. Instead, it may be kinder to broach the subject at one of your homes, or even on a walk through a quiet neighborhood. "This is because a breakup [entails] a private conversation; restaurants are often loud, people are moving, and there are a lot of distractions." Also keep in mind that they're going to feel vulnerable, and they deserve to be in a place where they can express their emotions.

However, Freire says that there is an exception. "If your partner is hot-headed, then breaking up with them in public may be safer for you (and them). A coffee house is a safer place, and outside seating could be appropriate, too (and more private)."

Try Not To Catch Them Off Guard

Another reason to refrain from a perceived as a date spot? The break-up talk may leave your S.O. feeling blindsided. "They might think everything is fine in the relationship, then bammo, the 'I want to break up with you' conversation starts, and that could be surprising to your partner," notes Freire.

Instead, planning your meet-up by saying something like "There's something I'd like to talk to you about" may give them an inkling that they're in for a serious conversation.

Be Honest With Your Partner

First, what not to do: "Ghosting is so common these days but unacceptable," says Dr. Varma. "You get to avoid confrontation, but you cause a lot of pain and uncertainty for the other. Having a clear break-up with someone is civil, respectful, and allows the other person to properly mourn and ultimately move on." In addition to being direct, she says that staying positive (saying things like "I enjoyed the time we were together," and "You're an amazing person and deserve someone who's a better match for you"), empathetic, and supportive are key to keeping it kind.

Freire agrees. "This might sound odd, but if you have a hard time being assertive and you've finally mustered the strength to break up with your partner, you may want to write some notes about why you are breaking up with them," she advises. "It’s not that you want to confront them with a long list, but having a few valid reasons about why you want to breakup with someone gives them actual info about why the relationship didn’t work."

Freire shares some ideas for conversation-starters:

Finally, "Let them know that you don't want to hurt them but you want to be honest with yourself and with them; the relationships isn't working and you want to break up," she says.

Be Sensitive To Their Feelings, Even Afterward

Remember, to truly be kind to your ex, stay cognizant of how your actions will still affect their feelings, even after you've had the tough talk. "If you’re the person that broke up with your partner, I wouldn’t call or text them," says Freire. "[It sounds] a bit harsh, but you are setting a boundary that you are done with the relationship. If you reach out too soon after the break up, you might be giving the person mixed signals by texting or calling him or her." Dr. Varma seconds this, saying to only respond to messages if your former S.O. is still seeking closure. "Don't ghost, but be clear and consistent in your messaging," she suggests. Above all, "don't draw them back in."

And it may sound extreme, but Freire says to consider keeping your distance from the places you know you might bump into your ex, at least for a few months, and especially if you're with another date. After all, seeing you with someone else can send them reeling and re-open the emotional wound.

Of course, it's important to consider what you post on social media, too. "Posting pictures of you and your new partner on vacation may be very hard for [your ex]," Freire points out. "Perhaps when you break up with your partner, you unfollow or unfriend them to allow the healing to begin. There is a lot of cyber stalking, and as a therapist, I find that only prolongs the healing."