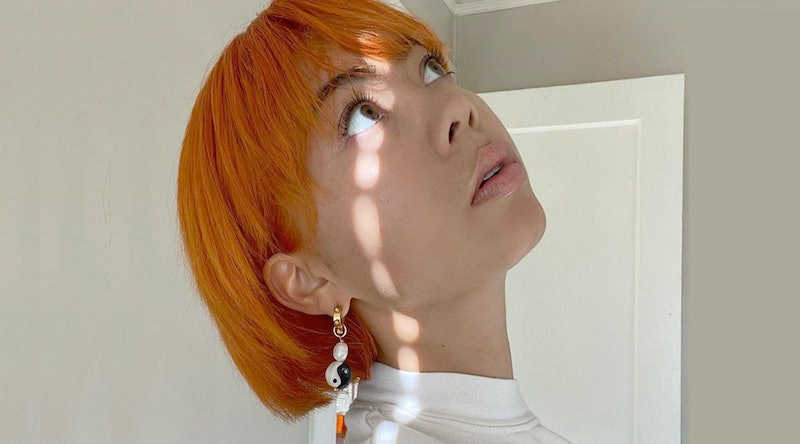 For many, seeing the Yin Yang symbol on clothes and jewelry feels like a nostalgic nod to childhood years. If you grew up around the '90s then you likely recall the iconic black and white symbol as a temporary tattoo or on an adorned choker from the mall. But the Yin Yang symbol reaches back much further than the 1990s, and has a deeper meaning than as a simple icon of popular culture. The concept of Yin Yang is the product of 3rd-century B.C. Chinese philosophy and stems from Taoism.

"Everything contains the seed of its opposite," John Bellaimey explains in his TED ED video devoted to the subject. "Yin and Yang are not total opposites, they are relative to each other. Taoists believe the universe is made up of energies, vibrations, and matter, which behave differently in different contexts. Something can be Yin and Yang depending on [the situation]." The symbol itself illustrates this interconnectedness with its black swirl (Yin) and white swirl (Yang); each including a dot of the opposite color. Bellaimey lends the example of a brake pedal being Yin and the gas pedal, Yang. The eggshell Yang, the egg inside, Yin. Understanding the history and cultural context not only helps to provide background on its modern significance, but also allows you to respectfully and meaningfully make it part of your self-expression.

Jessica Tse, a jewelry designer and founder of Notte, is one current designer who has incorporated this symbol into her collection. "I've always liked the Yin Yang motif and the meaning behind it," she shares with TZR. "I wanted to create fun pieces that encourage us to be the 'yin to our own yang' — to seek zen and balance in the chaos and be kind to ourselves and others...It's a little positive reminder that's timely for the social climate we're in right now." Tse recalls seeing Yin Yang signs on trinkets and store awnings when she'd visit Chinatown growing up. "It definitely feels nostalgic to me on a personal level," she shares. "I would like to think the Yin Yang is more of a state-of-mind than just a trend motif, it really resonates with us and our customers."

The motif has been most popular as a jewlery trend of late, but trendsetting brands like Staud and Paloma Wool have made the symbol a core of their more recent collections. Riffs on the yin yang have also studded streetwear designs.

Ahead, discover other designers who have incorporated this symbol into their collections and shop your favorite pieces to help establish the ideologies of Yin Yang into your own life.

For those who are looking for a more subtle into into the trend, a simple piece of jewelry is an easy way to nod to the '90s. A simple necklace or a chunky ring both make for easy additions to your everyday wardrobe.

For a trend-forward take on the symbol, try a statement accessory to show off your style. Paloma Wool's mules are an It-girl favorite. Or, try Brother Vellies' cool shearling bag.

For the bold at heart, consider a top emblazoned with the Yin Yang symbol. Clothing that features the symbol front and center is the most overt way to pull off the trend.