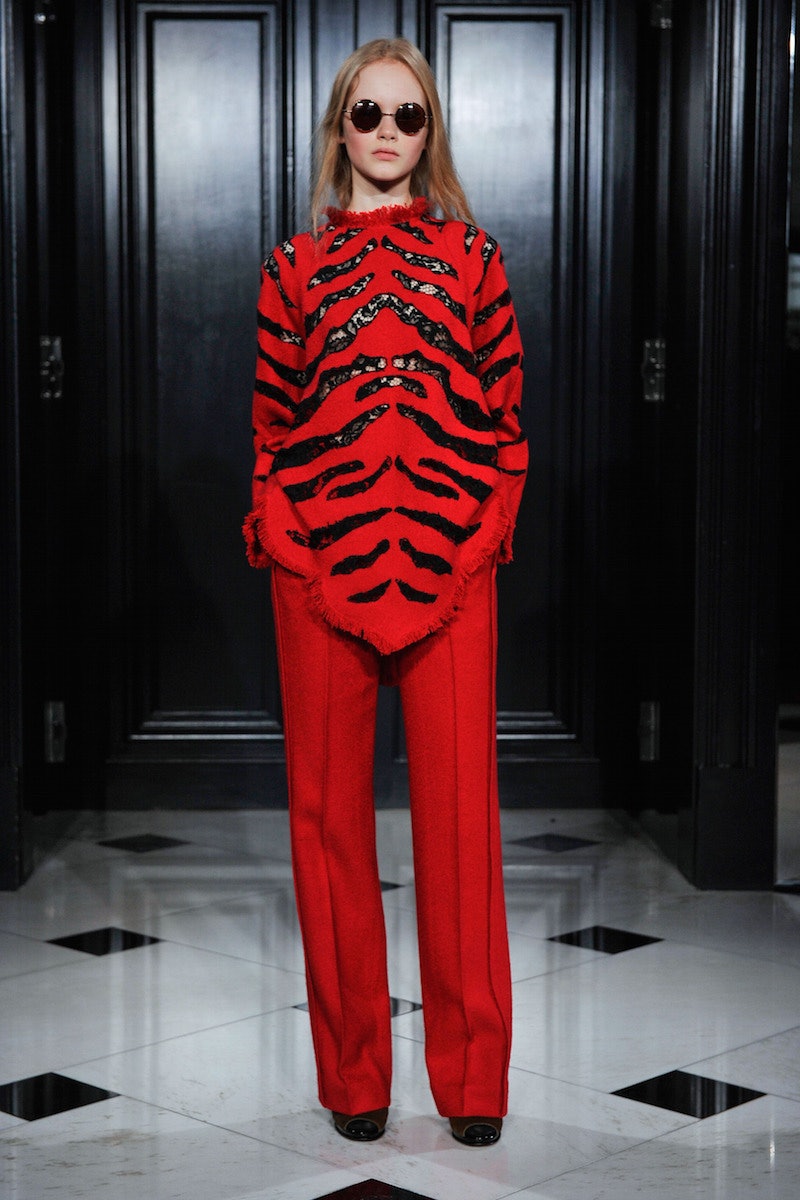 The list of inimitable Chinese-American designers is long, encompassing household names Jason Wu, Phillip Lim, Derek Lam and Alexander Wang. Swoon! But what about the talented individuals producing collections in China and elsewhere? We must admit their names don’t roll off the tongue quite as quickly. Until now. Inspired by this year’s Met Gala theme China: Through The Looking Glass, we researched the current crop of couturiers making a major impact on the East Asian style scene (and beyond). Read on to add them to your fashion lexicon, but be forewarned your must-own shopping list of luxury duds is about to get longer.

Futurism meets feminism in Masha Ma's ascending label, already admired by the likes of Anna Wintour, Naomi Campbell and Lady Gaga. Splitting her time between Shanghai and Paris, the 30-year-old designer (who trained under Alexander McQueen) is bound for serious global recognition.

Based in Beijing, Guo Pei is arguably the most esteemed designer in China on account of her avant-garde creations that can take up to 50,000 hours to produce. If her forthcoming MAC collaboration is any indication, everyone in the Western world will soon know her name too.

After cutting his teeth at the House of Dior, China-born Huishan Zhang went on to debut his namesake line for the S/S 2013 season in London—he's been making waves in the industry ever since. Most recently Zhang lent his modern aesthetic to a four-piece capsule collection for Barneys in honor of this year's Met Gala theme.

The designer behind Ms MIN, Min Liu has operated her eponymous atelier out of Xiamen since its launch in 2010. Merging classic and contemporary elements with exquisite structure, her pieces are the epitome of elegance. We'll take one of everything.

Stationed in Paris, China native Yiqing Yin is a queen of multitasking. That is, she juggles designing her own line (ready-to-wear and couture) with her creative director duties for the French heritage brand Leonard. Uniting both endeavors is her signature sensuality with an edge.