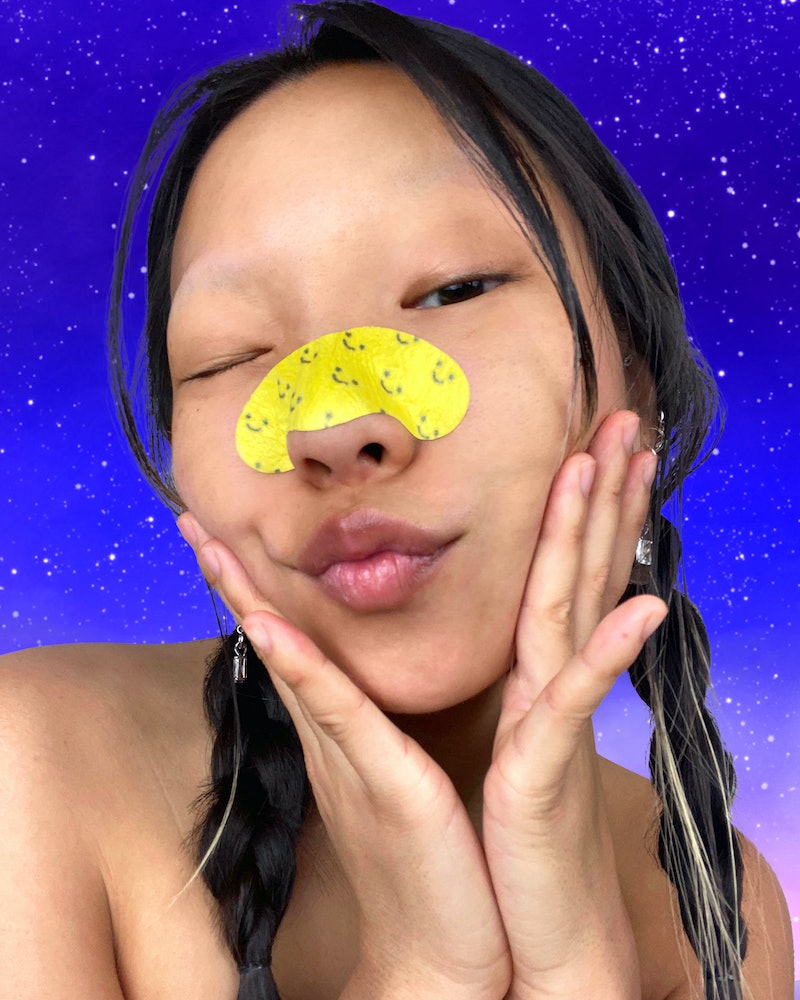 Not a positive word was ever said about a breakout before a certain galactic-inspired spot sticker came along. You know the one. Now, the brand behind those spacey smiley faces is tackling the pesky band of blackheads that permanently occupies your nose. Like its Instagram-famous Hydro-Stars, Starface's new Lift Off Pore Strips make pimple care surprisingly fun.

But as unpleasant as blackhead removal may sound — the words "plugged," "clogged," "gunk," and "lesion" come up often — this optimistic brand makes the process at least look less threatening than the tar-like charcoal variety or, heaven forbid, those "pore vacuums" and extractor tools. Decorated with Starface's signature starry-eyed smiley faces, the Lift Off Pore Strips represent an emerging generation of nonintimidating blackhead treatments. All for under $10, too.

They're powerful, despite their playful facade, and nearly as inexpensive as your average Walgreens alternative. They join a lineup of similarly smiley and cosmic skin care including Space Wash and Moisture on Mars in addition to the zit-highlighting Hydro-Stars. At $9 for a pack of eight, Lift Off is a needed ray of sunshine in the ever-boring land of pore strips. You can purchase them on Starface.World, ahead.