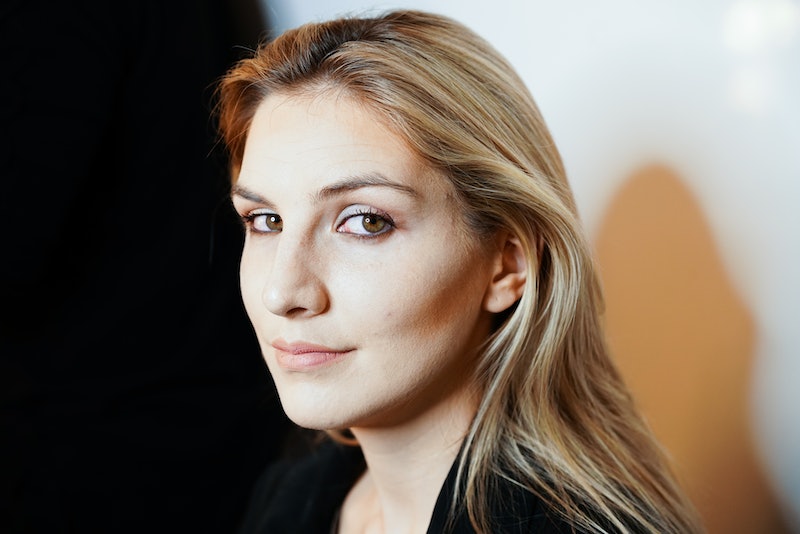 A word like "purge" can likely evoke images from a scary movie — or maybe you think of that (equally scary) annual deep cleaning of your apartment, where half of your wardrobe goes into a donation bag to live happily ever after. When it happens to your skin, though, that's the real terror. But there's good news: skin purging and breakouts are different beasts — and though the former might seem drastic, according to derms, there's nothing to be alarmed about.

“Skin purging is an acne breakout that occurs with skincare products that accelerate cell turnover,” Dr. Sejal Shah of SmarterSkin Dermatology tells The Zoe Report. These specific types of breakouts often appear after you use a new product with powerful active ingredients, or after extractions from a facial. “Because purging is thought to be due to increased cell turnover, it's really going to bring preexisting microcomedones [small clogged hair particles] to the surface and will potentially turn into whiteheads, blackheads, papules, pustules, and cysts,” Dr. Shah explains.

Purging typically happens after you’ve adopted a regimen featuring an ingredient that speeds up your skin's natural cycle (the 28-day process in which our skin sheds dead skin cells and produces new ones). Some common offenders include chemical exfoliators like hydroxy acids and anti-aging heavy-hitters like retinol. While these products don’t exactly cause breakouts, they accelerate the appearance of existing microcomedones. It makes sense: As the rate of your skin’s cellular turnover speeds up, all of its natural processes —including the emergence of pimples — take place more quickly. “This is not necessarily something to worry about,” Dr. Shah tells us.

But don't be so quick to throw out that toner or night cream if zits start to sprout up. It seems counterintuitive, but purging is actually a sign that the acid or retinol is working. “Purging should improve with continued use,” Dr. Shah notes. After four to six weeks, your skin should look better than ever.

In the meantime, a light treatment (like the Dr. Dennis Gross Skincare SpectraLite FaceWare Pro) might help speed up resolution, Dr. Shah says, since the light targets and kills acne-causing bacteria underneath the skin's surface. Facials are always a good idea, too... but be weary of treatments where your technician is rough on your skin. “If the pores were not completely cleared during the extraction process of a facial, a purge may also occur,” Dr. Shah says — although she notes that a good facial shouldn’t provoke breakouts in this way. “In this case, improvement should occur within a few days to weeks.”

As for spot treatments, it's best not to pick up a new product to treat the inflammation — after all, you don't know how your skin would react to it on a good day; there's a chance any new ingredients could further irritate the area. But if you have a blemish product that’s worked for you in the past, it’s probably a safe bet. Or, simply run an ice cube over the affected area twice a day to reduce the swelling, as recommended by aesthetician Hayley Wood of Therapeutic Skin Coach.

Some people refer to the breakouts that sometimes accompany dietary changes as purging, too, but that’s not quite what’s happening there. “When food is a trigger, the acne will generally flare every time this food is eaten,” Dr. Shah notes. The big difference here is that product-based purging usually improves with continued use of said product; food-based breakouts tend to get worse with continued consumption.

While purging is pretty normal, one lasting more than six weeks is decidedly not. “If you still have any itchy, red, irritated skin at any point — then it's probably more than a ‘purge’ and might require additional acne treatment,” according to Dr. Shah. Sound familiar? Then it’s time to book it to a dermatologist, who can help you develop a treatment plan for the clear, young-looking skin of your dreams — you just might have to put up with some pesky purging first.