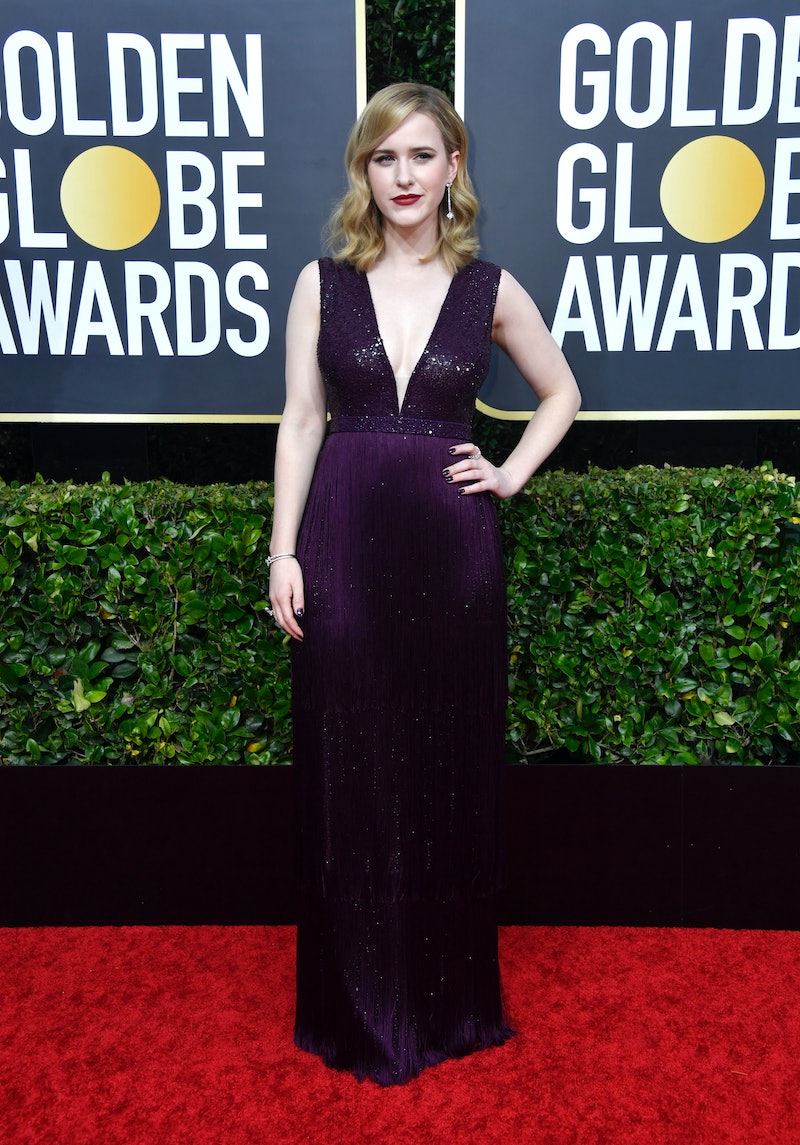 There were a lot of glamorous trends to hit the red carpet at the 77th Annual Golden Globe Awards this year. But, taking the cake in the sea of tulle-covered gowns and feathers galore, were sequined dresses on the Golden Globes red carpet — and lots of them. While, yes, there's always quite a bit of sparkle during awards-show season, it seems that it's already hit a fever pitch with the first major event of the year.

And it's not just a touch of shine here and there. No, this year, many of the stars that walked the red carpet opted for head-to-toe sequins — a bold look that definitely paid off. Take actor Ana de Armas' look, for example; the first-time Golden Globes nominee (she's up for Best Performance by an Actress in a Motion Picture — Musical or Comedy for her role in Knives Out) wore a custom Ralph & Russo gown that could only be described as stunning.

And though actor Rachel Brosnahan (nominated for Best Performance by an Actress in a Television Series, Musical or Comedy for The Marvelous Mrs. Maisel) chose a less dramatic look, it was no less statement-making — the combination of fringe and sequins in her Michael Kors Collection dress was fun, elegant, and just sparkly enough.

Ahead, more of the sequined looks that shown all through the night — and might've made this the most glamorous Golden Globes red carpet yet.