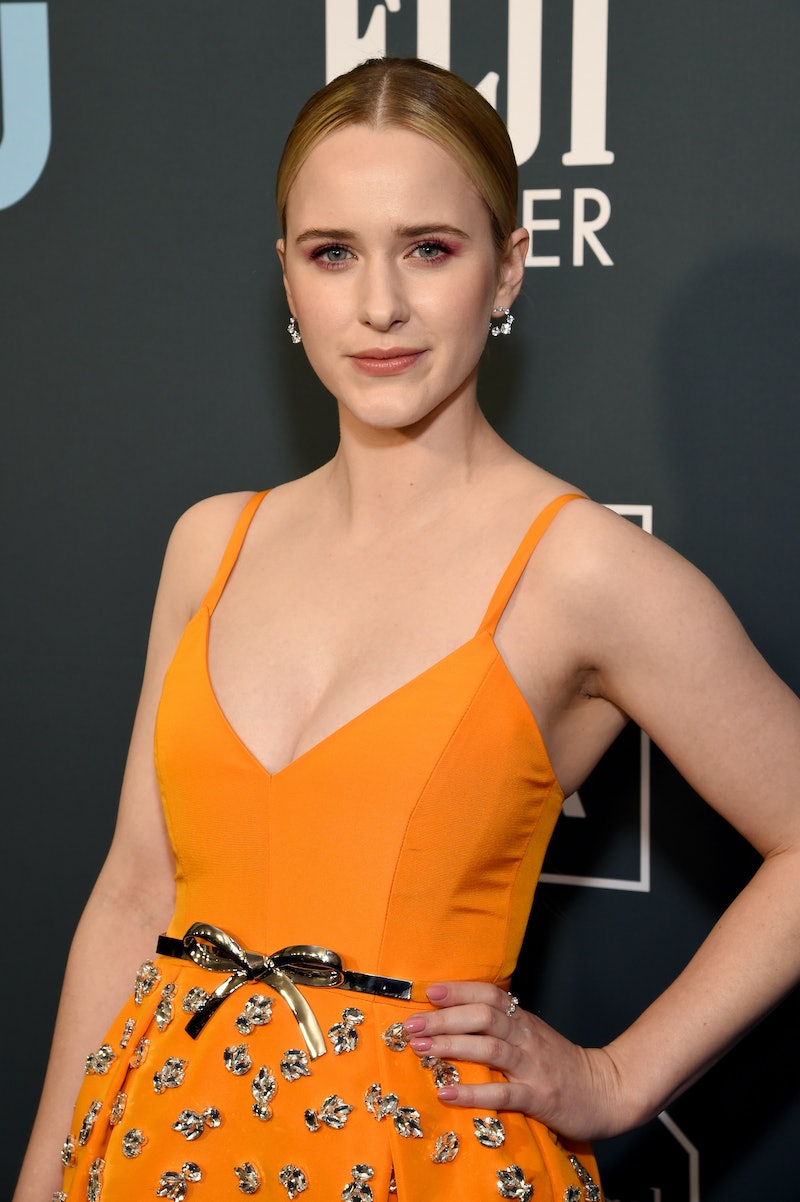 Though there's no shortage of celebrity red carpet beauty inspiration to be had right now, Rachel Brosnahan's braid at the Critics' Choice Awards might be one of the easiest (and most budget-friendly) styles to recreate. While not all braids are created equal — some require a very skilled hand — the actor's unexpected hairstyle is one that even beginners can recreate — and it was created using a lineup of products that won't break the bank, either.

The Marvelous Mrs. Maisel actor arrived on Jan. 12 at the Critics' Choice Awards with an eye-catching, custom Carolina Herrera dress in a bold tangerine color that featured encrusted flowers and a silver bow belt. However, instead of letting the dress tell the full story and keeping the hair subtle, hairstylist Owen Gould wanted the star's hair to work in tandem with the dress.

Enter: the metallic wrapped braid. "Inspiration sprung for this look from a soft romantic braid, and then I added silver accents to complement her orange dress with metallic embellishments!" he noted in a press release. It's safe to say it complements it well. And, though the Carolina Herrera dress might not make its way into your closet, the metallic-wrapped braid can make its way into your running list of hairstyles thanks to affordable Suave Professional products (like shampoo starting at $2.99) and a *very* simple list instructions.

Unlike many hairstyles that start with day-old hair to maintain hold, Gould revealed in a press release that he washed Brosnahan's hair with the new Suave Professionals Collagen Shampoo and Conditioner the day-of and followed up with Suave Professionals Firm Control Boosting Mousse from roots to ends. In order to assure a sturdy base, he used a small amount of Suave Professionals Sleek Anti-Frizz Cream from mid-shaft through the ends. "I then blew her hair dry using a medium sized round brush and vertical one-inch sections, starting from the back and working my way up to the crown of the head," he continued.

From there, it was time to braid. Starting at the nape of the neck, he tied off a ponytail and then worked his way down. At the end, he secured again and wrapped the plait in metallic thread (which can be found at a local craft or fabric store, he explained on his Instagram post). Last but not least, Gould took Suave Professionals Flexible Control Finishing Hairspray to lock everything in.

Ahead, shop the only products you need to recreate this surprisingly simple look for yourself.