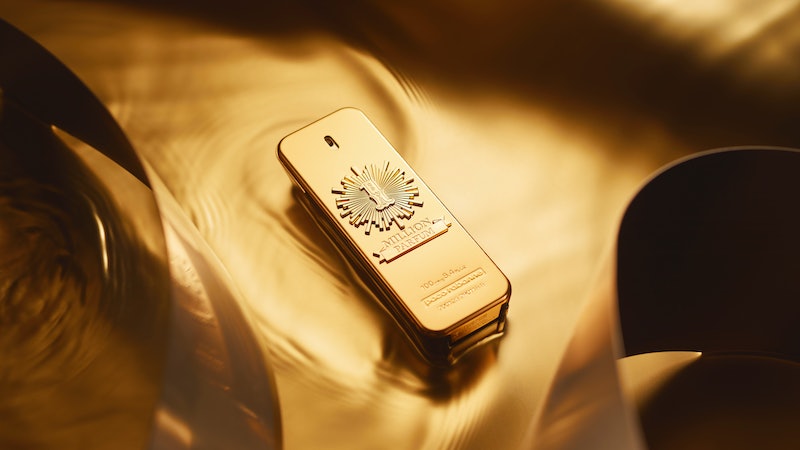 Not everyone is the type who likes to smell like lavender and orange blossom all the time. Some are more drawn to the musky smell of their boyfriends' sweaters and for that, there's Paco Rabanne's new 1 Million Parfum.

The fashion designer's 1 Million franchise is a longtime (we're talking more than a decade here) player in the cologne game. It has roped in as many good-smelling men as its name suggests — or indeed more — while amassing a hefty female following, too.

All sexes are drawn to the velvety bouquet of spicy cinnamon bark, white wood, and leather balanced by the sweet scent of grapefruit, blood mandarin, and rose. It's masculine, yet fresh. Countless of the original Eau de Toilette's near 400 Sephora reviews are from women — even a self-proclaimed "girly girl" — who say they wear it themselves.

Paco Rabanne's new fragrance has all the same "charisma" and "attitude" as Christophe Raynaud and Quentin Bisch's original 1 Million formula, according to the brand, but with a few updated alterations. The beloved sweet-and-spicy scent is this time enriched by the addition of salty amber and cashmere wood.

If the leathery scent isn't enough of a selling point, then consider the iconic, dripping-in-luxury bottle. Much like its ingredients, the latest take on the 1 Million lineup follows suit with its predecessors in aesthetic. An ode to the metallics Rabanne famously uses in his fashion designs, 1 Million fragrances are packaged up in what looks remarkably like a bar of solid gold.

The new generation of 1 Million features an updated emblem. The Wild West motif has been replaced by a modern design that errs more on royalty than cowboys. It joins the original 1 Million as well as 1 Million Privé (whose feminine counterpart is Lady Million Privé) and 1 Million Lucky, which the designer launched in 2018 to celebrate 10 years of the fragrance line.

Get a feel for the new fragrance on Paco Rabanne's website, ahead, and then head over to Macy's to purchase it for yourself when it officially launches in April 2020.