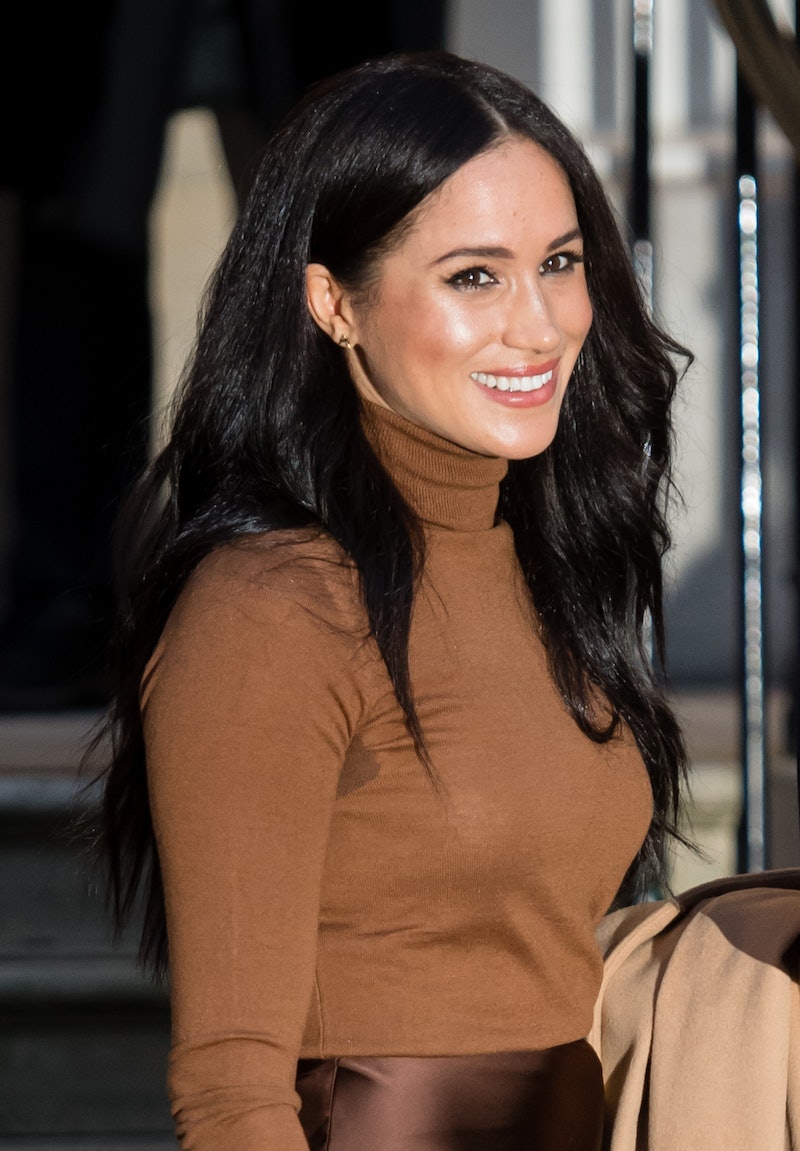 Through the span of her career (thus far), Meghan Markle has experienced the life of a successful actor, a full-time royal, and a new mom — which means she’s had a lot of wardrobe changes. The Duchess of Sussex has sported a virtually endless list of stylish ensembles over the years, each tailored specifically for the occasion or locale of her appearance. But at the end of the day, the former royal is a California girl at heart. And now that she’s back on the West Coast, Meghan Markle’s Los Angeles style proves exactly that.

When she isn’t making formal appearances with Prince Harry, Markle tends to reach for the more classic wardrobe staples in her closet. Case in point: a simple white button-down shirt, like the one she wore in her documentary promo. Earlier this year, the Duchess was spotted in the $228 Eileen Linen shirt from Frank & Eileen while running errands in the West Coast city. And for an outing in Beverly Hills with her husband in July, the 39-year-old chose to sport the $76 Lightweight Linen Dress Toscana from Magic Linen. If these breezy staples are any indication, Markle is no stranger to dressing for the heat — and naturally, she does it with polish.

Classic white sneakers have also been a go-to piece for Markle’s off-duty days. This summer, the Duchess has been seen in styles like the Adidas Stan Smith Sneakers, which happen to be on sale for $67.96. Another pair of sneakers she’s often sporting is the $150 V-10 Sneakers from the sustainable footwear brand Veja.

Since Markle, her husband, and son Archie moved to the entertainment capital earlier this year — after officially leaving the royal family — her style has become notably more casual. The former actor's go-to outfits in Los Angeles have consisted of the aforementioned easy staples, paired most often with a simple pair of skinny jeans or shorts. And while a large part of her shift in aesthetic probably has to do with quarantine and social distancing practices, there’s no denying that Markle is letting her low-key Los Angeles lifestyle shine through this summer.

If you want to channel the former royal’s classic California style in your looks for the remainder of the season, scroll down to shop Meghan Markle’s favorite pieces and similar items below.