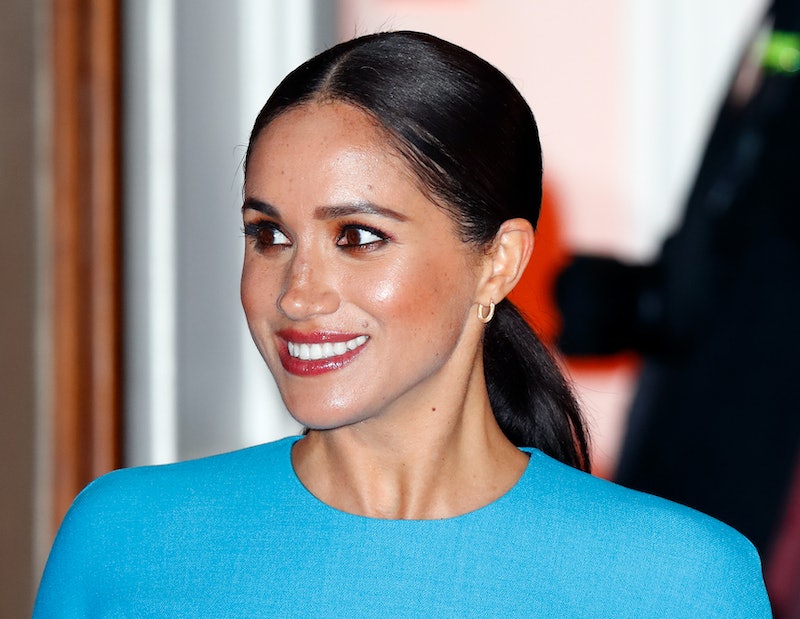 Long before she was a royal, Meghan Markle was partial to her off-duty activities. Now with her own charity, Sussex Royal, and countless other causes she donates time to, it makes sense that she would explore other avenues, too. Which is why when news broke on Mar. 26, confirming her latest venture, it came as no surprise. In her very first post-royal gig, Meghan Markle's is narrating a Disney movie about elephants — available for streaming on Disney+ on Apr. 3, and the timing couldn't be better. In the spirit of giving back, Markle is lending her voice to a new wildlife documentary for a very charitable cause.

When she's not conjuring up inspirational ensembles with her revered personal style, the former actor has somehow found the time to be a new mother, while continuously contributing to causes near and dear to her heart, and evidently still make getting back to work a top priority. Earlier in the week, Disney+ took to Twitter to announce Markle as the narrator for its latest project, Disneynature's Elephant. The trailer also reveals a sister movie, Dolphin Reef, that's narrated by Natalie Portman — both of which will be ready to stream just days after Markle's last official day as a royal, Mar. 31.

Prior to being a part of the British Royal family, the mother had a whole acting career under her belt, so clearly she's no stranger to cinema. But to maintain her philanthropist efforts, the check Markle receives for the movie will be donated to the Elephants Without Borders charity, in full. The organization is dedicated to conserving wildlife and protecting animals from poaching.

If Markle's considerable commitment to charity has you feeling inspired, it's a great time to support a cause. For those not sure where to start, the World Health Organization has a Coronavirus fund that you can donate to directly. Also, shopping smaller brands and designers that are pledging portions of proceeds to those in need is another way to emulate Markle's philanthropic spirit.

Whether you're an animal lover or just a Meghan fan (or both) add the Apr. 3 release to you calendar as it certainly promises to be feel-good movie no matter your age.