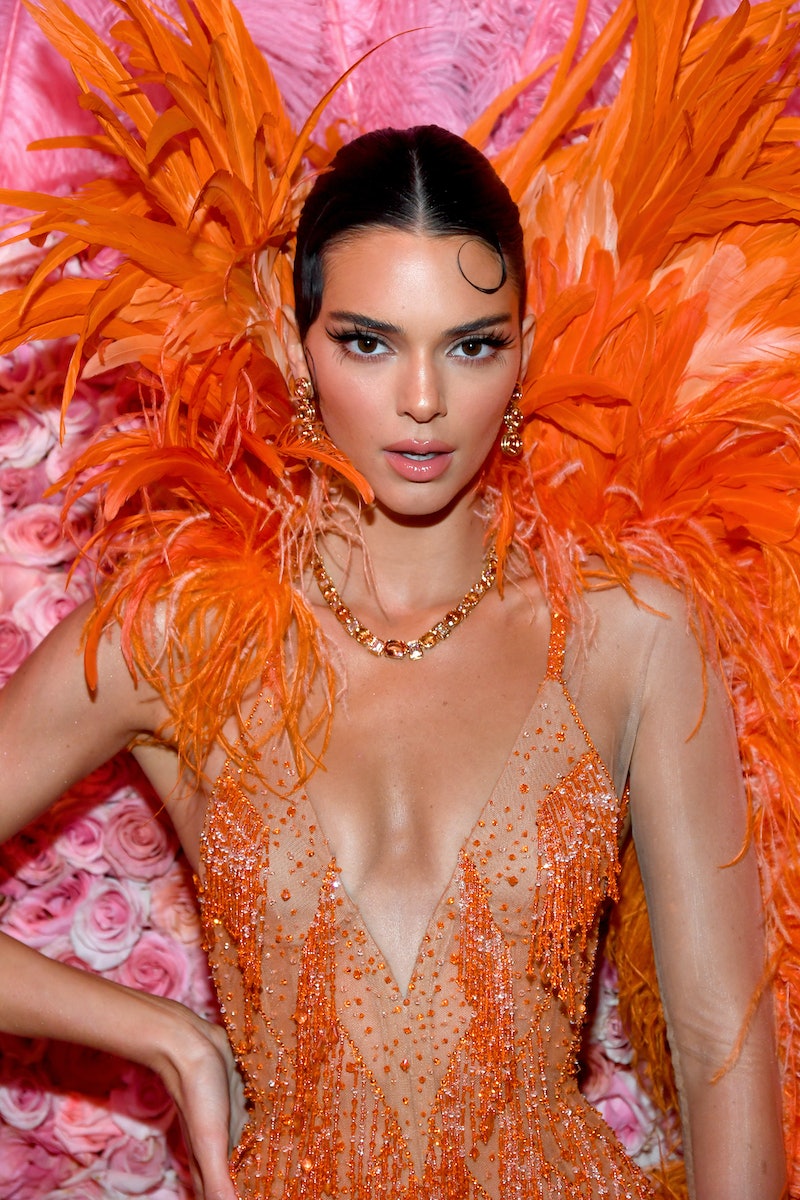 With one million followers on Instagram and a client roster featuring Kendall Jenner, Bella Hadid, and Jennifer Lopez (oh, and even North West), Mary Phillips is arguably the beauty world's most sought-after makeup artist at the moment. But in an industry where over-the-top makeup is praised, Phillips has a different approach. "Less is more. I'm a big believer in that," she tells TZR before Tweezerman's 40th Anniversary Event in late January, where she was celebrated as its Brow and Lash Ambassador. All things considered, Mary Phillips' best makeup tips are fairly simple, but the end results are magical. Just look to Kendall Jenner's dreamy 2019 Met Gala makeup for reassurance.

Phillips doesn't just want her work to look stunning on your phone; she hopes it looks equally as perfect in person. "Before Instagram or social media was around, more high-definition was becoming a thing, like high-def television," she tells TZR. "It wasn't film anymore, which was super forgiving." To achieve said high-def look, Phillips sticks to her less-is-more philosophy, ensuring the makeup doesn't look cakey or overdone. "Once you apply a lot of product it's hard to get off, whether it's foundation, eye makeup, or mascara," she notes. "But, it's really easy to apply more."

Ahead, see a breakdown of tips from the makeup artist that you can incorporate into your own regimen.

Doubling as a celebrity makeup artist and esthetician, Phillips takes prepping the skin *very* seriously. "If the canvas is good, the makeup is going to look good," Phillips tells TZR. "If the skin is dry, then the makeup will look dry." The makeup artist achieves a clear complexion using La Mer's cult-favorite products. First, she starts off using the brand's Cleansing Micellar Water, making sure the skin is fully clean. After, she'll apply either The Renewal Oil or The Concentrate. For ultimate hydration, she opts for the ever so popular Crème de la Mer. To finish off, Phillips reaches for The Eye Concentrate.

Surprisingly, primer is the one prep product that doesn't make the cut in her routine. She admits she's never really been a big user of the stuff. Instead, Phillips opts for La Mer's concentrate to do all the priming before makeup.

"I like to apply foundation first, and then if there are any little areas I’ll use concealer instead of going in with more foundation everywhere," she explains. For her clients that struggle with acne or any blemishes, she addresses the area with a method called micro-concealing. Using a tiny brush, the makeup artist will sit and apply concealer strategically. "If theres a divot or bump, I'll use a darker shade," she explains. "And if it's indented, I'll use something a little bit brighter inside to pull it out."

And for the dewy look she's undoubtedly mastered, her technique includes applying a liquid highlighter underneath foundation. Another trick up her sleeve includes a non-makeup product. "Sometimes I'll take a little of Crème de la Mer and pat it on the cheekbones or down the nose," she notes. "It rehydrates the foundation and gives everything a glow." A second product Phillips skips? Setting spray. "I would rather people be too shiny than matte. It looks healthier," Phillips says.

"Blush is coming back and I’m so excited about it," Phillips notes. "I'm obsessed with a big flesh-toned cheek. It's such a good look on everyone." And she's predicting a return of more intense hues come spring, too. "I think we were starting to see blush a lot this last year, but even more in bright sheer colors," she explains.

"Curling your lashes definitely makes them look longer because a lot of people have either straight lashes or they go down, and curling them up [gives you that] wow," she says. However, she notes that there are two different types of eye lash curlers: one for almond shaped eyes and another for round. "This one is for almond, it’s flatter and wider so you can get all the way to the base of the lash and give it a curl," she tells me while holding Tweezerman's ProMaster Lash Curler. Alternatively, if your eyes are round, she recommends using the brand's ProCurl Lash Curler. Once the lashes are curled and ready to go, she'll grab her favorite mascara — Armani's Eyes To Kill. And for those days when you really want your eyes to pop, Phillips suggests applying a few individual lashes.

Phillips isn't just an ambassador for Tweezerman. She's exclusively used the brand's products for as long as she can remember — but she's careful not to overuse the tweezers. "You have to give them some love and let them grow a little longer," Phillips notes on trying to get a feathery brow. And consider the type of room you're in when tweezing away. "If you aren't sure what to remove, I would leave [your brows] and see what they looks like in different lighting." It's better to leave more hair than to keep plucking, in her opinion.

Her secret weapon on getting full arches can be found at your local makeup counter. Phillips is constantly using a spoolie brush when applying any type of eyebrow product, noting it helps distribute the color through the hairs. "If I want to make the brow a little bigger or if they are missing hair in a certain place, I’ll fill it in with color and then brush it," she explains.