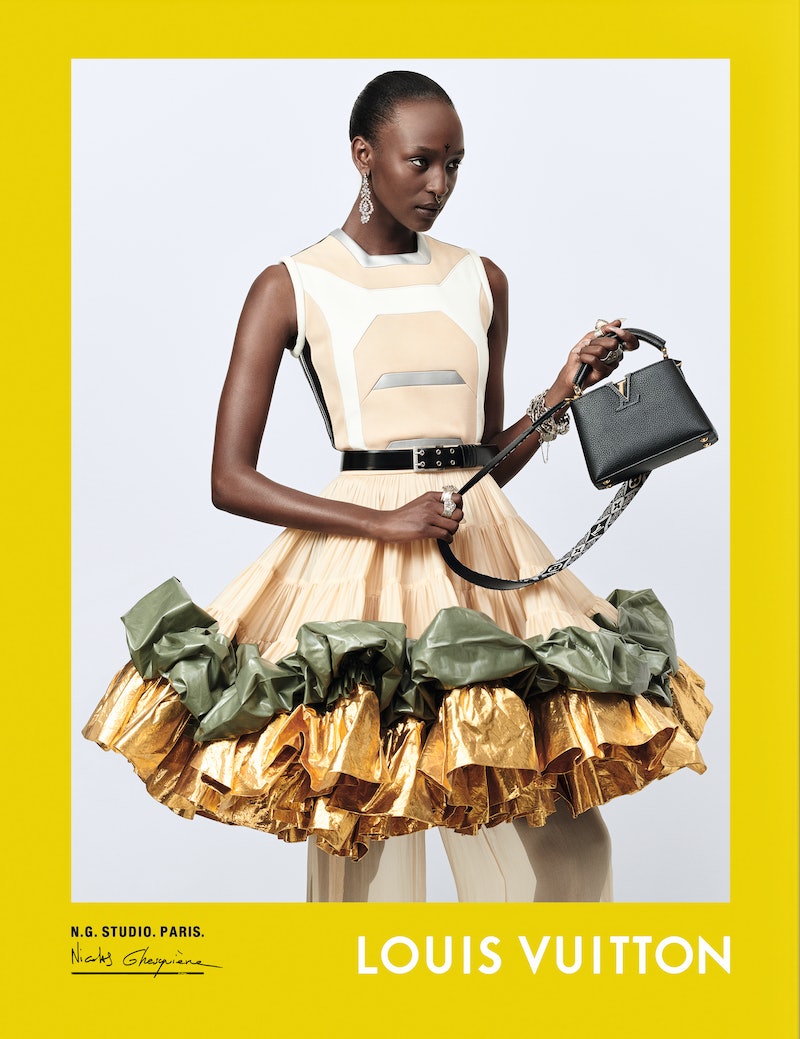 Nicolas Ghesquière — longtime Artistic Director of womenswear at Louis Vuitton — is a known innovator. So, when the time came for him to shoot this season's collection, he turned himself into a photographer — and some of the brand's dearest friends and family into impromptu models. Highlighting 20 influential faces, from artists (singer Lous and the Yakuza) to athletes (track star Dina Asher-Smith), Louis Vuitton's Autumn/Winter 2020 campaign invites all to relish the joyful discovery in trying something for the first time.

Before this shoot, Ghesquière had never worked with a camera professionally before. “I thought it would be interesting to extend my work to photography, to follow through to the end of the creative process and give the collection its final punctuation," he shared in the show notes. During COVID-19, designers small and large have absorbed new areas of the creative process, especially in areas where restrictions on gatherings have impeded large-scale shoots and shows. In each photo, the intimacy of the shoot is evident — displaying each figure's unique essence, as was Ghesquière's vision. "As a first time photographer for my new @louisvuitton campaign, I could not have hoped for a better group of women to capture on film," he wrote in a post on Instagram.

Ghesquière also aimed to elucidate the feeling shared by the atelier while working on a collection. "[I] wanted to bring unity to different aspects of the House, a circular vision of what happens here, he said. To do so, he incorporated a new line that nods to the house's origins: "SINCE 1854," which scrawls Louis Vuitton's historic founding year into a whimsical jacquard print, amongst floral monograms. The pattern is infused through track shorts, button downs and leather belts, further expanding upon the ornate geometric language that the house is known for.

Immortalizing the adventure of trying something new, the campaign is true to the sense of discovery and experimentation that has long underscored the French fashion house.