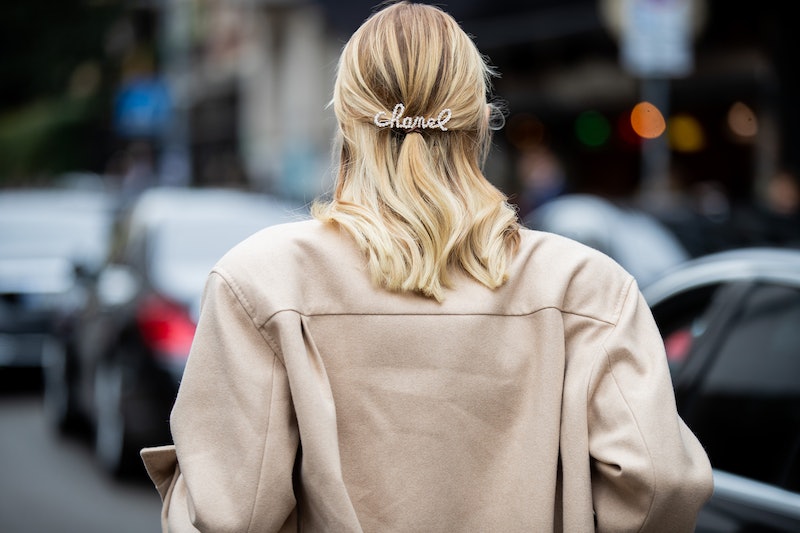 You know that effortless, post-blowout curl that's everywhere in hair right now? The curl that's not really a curl at all, and more like a gentle wave that instantly gives your hair effortless dimension and woke-up-like-this volume? You can call that a "soft bend", according to Kristin Ess' new Soft Bend Curling Iron. And yes, thanks to the haircare brand's latest heat tool, it's now easier than ever to achieve the look.

Released at Target on Jan. 26, the oversized tool clocks in at two inches wide, but still retails for only $60 — just $10 more than Kristin Ess' original 1-inch curling iron and the same exact price at its game-changing pivoting curling iron. "She’s big. She’s bold. She’s gonna give you the chicest lazy girl hair you’ve ever seen," Kristin Ess wrote on an Instagram post showcasing the new iron, describing it as her "signature barely-there-wave-maker." As fans can tell you, that's a tall order, coming from a celebrity hairstylist known for her ability to create perfectly beachy waves.

Once you get used to the Soft Bend Curling Iron — something that may take a second due to its size — you'll be able to breeze through your styling routine; Ess noted in another IG post that it only took her 4 minutes to create a glossy, defined look using it. The iron still has all the amenities of Kristin Ess' other heat tools, too, such as a smooth titanium barrel, even heat distribution, pre-set temperature controls, and an automatic shut-off. (The 9-foot swivel cord is a surprisingly handy perk, as well.)

Moreover, the Soft Bend Curling Iron isn't the only new Kristin Ess launch — by a long shot. A bevy of new products from the brand just dropped at Target alongside the iron, including even more heat tools, additional colors of the Signature Hair Gloss, the never-before-seen Kristin Ess curl collection, and more. The Kristin Ess Core Collection was expanded, too, with six new releases rounding out the heart of the brand.

You can find all of the just-dropped launches online and in-store at Target. Ahead, the new Soft Bend Curling Iron from Kristin Ess.