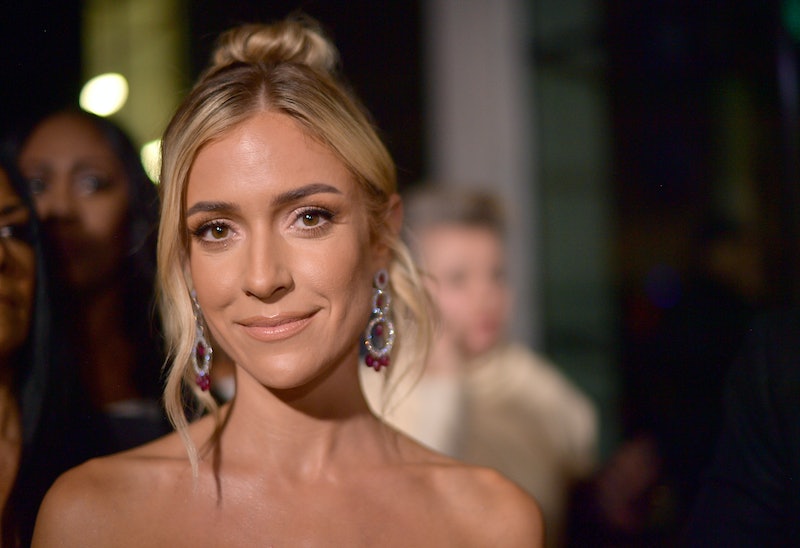 Summer is for rattan handbags, peasant dresses, floppy hats, and leopard-print overalls like Kristin Cavallari's. Bet you haven't seen these feline spots in jumpsuit form yet, despite how prevalent they've become on every other piece. Your wardrobe might be overflowing with them already, but what's one more thing?

If you haven't noticed, this Tennessee mom is the epitome of farm chic. She and her professional football player husband, Jay Cutler, are raising their three kids out in the sticks. They reside on a dreamy ranch with chickens in Leiper's Fork, 30 miles from Nashville.

The simple life has treated Cavallari's aesthetic well. Her Little House on the Prairie-inspired dresses and snakeskin cowboy boots might be a major departure from the days of Laguna Beach, but they're what the country girl is pretty much living in these days.

What she seems to have the biggest collection of, though, is overalls. The reality television veteran debuted a pair in American flag print as she posed in front of a giant smoker for a Fourth of July Instagram photo.

This time, she's sitting in front of her chicken coop wearing a leopard-print pair from Blank Denim, and lucky for you, they're only $108.

The stretch-denim romper features raw hems, adjustable straps, and a patch bib pocket just like they wear them on the farm. These, however, have a modern flair.

Leopard spots have long reigned over every other print in the animal kingdom, even though snake print is having a moment and Kylie Jenner recently made cow spots a thing. Nothing will ever be as timelessly classic and versatile as this cat-inspired polka dot.

These overalls could be relevant for decades to come. Maybe someday you'll be wearing them to your chicken coop, too. Cavallari's leopard-print overalls and more like them, ahead.

These leopard-print overalls are about to become a staple in your summer wardrobe for years to come. They're totally worth it for that price tag.

Take the trend into fall with a pants version of Cavallari's overalls. These are made of lightweight French terry and feature a drawstring waist for added shape.

Give your collection of plain black tees something to look forward to with this animal-inspired mini.

An overall-style midi dress in edgy leopard print paired with a contrasting floral and Converse will have you looking like the ultimate cool girl.