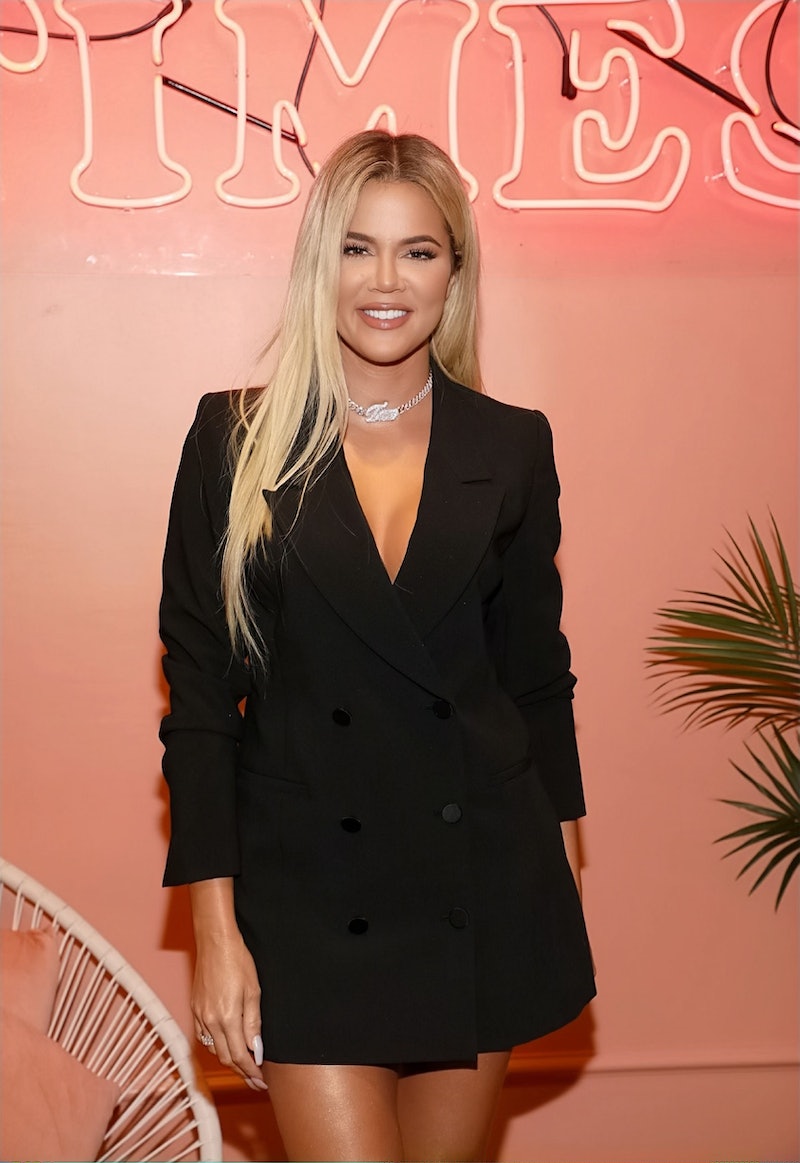 It was a big weekend for Khloé Kardashian: She threw a baby shower for her friend Malika Haqq, she attended Jay-Z and Beyoncé's Oscars after party, and — perhaps the most buzz-worthy of all —she switched up her hair... twice. A hair transformation more than once in a weekend isn't that big of a deal for a celebrity, but in this instance, it was. Because the second of the two styles, Khloé Kardashian's blonde bob, is one of the star's most dramatic looks yet.

Kardashian first swapped her platinum blonde shade for a more natural "bronde" (brown and blonde) tone at Haqq's baby shower on Feb. 8. While the change was no surprise to fans who had seen Kardashian posting and reminiscing about the color days before on her Instagram, it was still a welcome new look for the star. Then, Kardashian abruptly switched gears again and debuted one of her most daring styles to date: a micro bob.

The jaw-grazing style made its appearance on Feb. 9 when Kardashian attended Beyoncé and Jay-Z's Oscars after party. The star wore a white, body-hugging, off the shoulder Nicolas Jebran dress and instead of keeping the new "bronde" locks, she opted for her classic platinum blonde hue cut well above the shoulder with curled tendrils framing her face.

The creation came from César DeLeön Ramirêz, a celebrity hairstylist who works with Ciara, Normani, and the entire KarJenner clan. He noted on his Instagram the micro bob was inspired by the common Parisian hairstyle, which is a shorter length than Kardashian has ever gone. But though the star seemed to have no qualms rocking the short 'do, the micro bob isn't here to stay; Ramirêz spoke with E! and assured the star did not actually cut her hair; rather, he cut extension pieces to achieve the length.

The new chop is surely gone by now, but here's hoping it finds its way into Kardashian's permanent hair rotation.