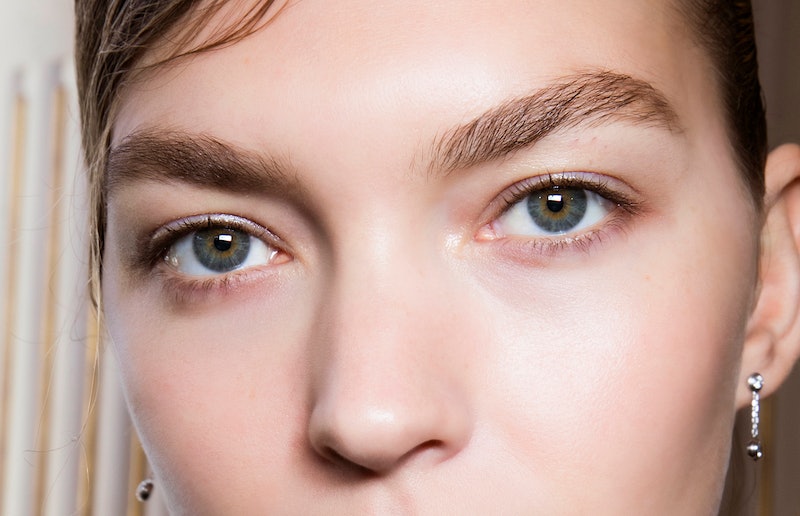 When IT Cosmetics called its Brow Power eyebrow pencil universal, the beauty brand really meant it. And even though the original pencil only comes in one shade —yes, really — it's won itself quite a few fans: Currently, the Brow Power Universal Eyebrow Pencil has a 4.4-star rating from close to 500 reviews on IT Cosmetics' own website, and a 4.6-star rating from over 2,000 reviews at Ulta. As it turns out, that single color (appropriately titled "Universal Taupe") may be all fans need. At least, it is as far as shades go; because IT Cosmetics' new Brow PowerFULL Eyebrow Pencil and Brow Power Micro Eyebrow Pencil prove it's all about the applicator.

Unveiled in May, the two new iterations of IT Cosmetics' Brow Power pencil are available to purchase on ITCosmetics.com, and at beauty retailers like Ulta and Sephora. Before you click over to buy them, though, it's important to keep one thing in mind: Neither of the new brow products switch up anything about the the cult-famous "Universal Taupe" shade. You'll still be able to get the same brow-matching magic, regardless of if you go micro or macro.

Instead, IT Cosmetics introduced two new brow pencil tip shapes to its fans. As you may be able to guess, the $24 Brow PowerFULL Eyebrow Pencil is focused on volume. It features a brand-new triangular tip that allows you to easily draw on thicker, fuller brows, using the same formula as the original Brow Power Universal Eyebrow Pencil.

On the flip side, the $24 Brow Power Micro Eyebrow Pencil is finished with a smaller, precise tip — it clocks in at just .95 millimeters. Beauty fans can use the tiny pencil's new formula (but same shade) to add a touch of definition to sparse brows, or create hair-like strokes. It's also easy to master the full, feathery brow trend with the micro eyebrow pencil; the style requires an attention to details the tiny applicator lets you achieve.

Still wondering how the collection's "Universal Taupe" shade works? It's actually pretty simple. The deepness of the color depends on how firmly you apply the product: Use light strokes to blend into lighter brows, then firmer pressure to match darker hairs.

With shade matching now a thing of the past, the only choice left is deciding which pencil tip size works best for you. Below, both new brow products from IT Cosmetics.