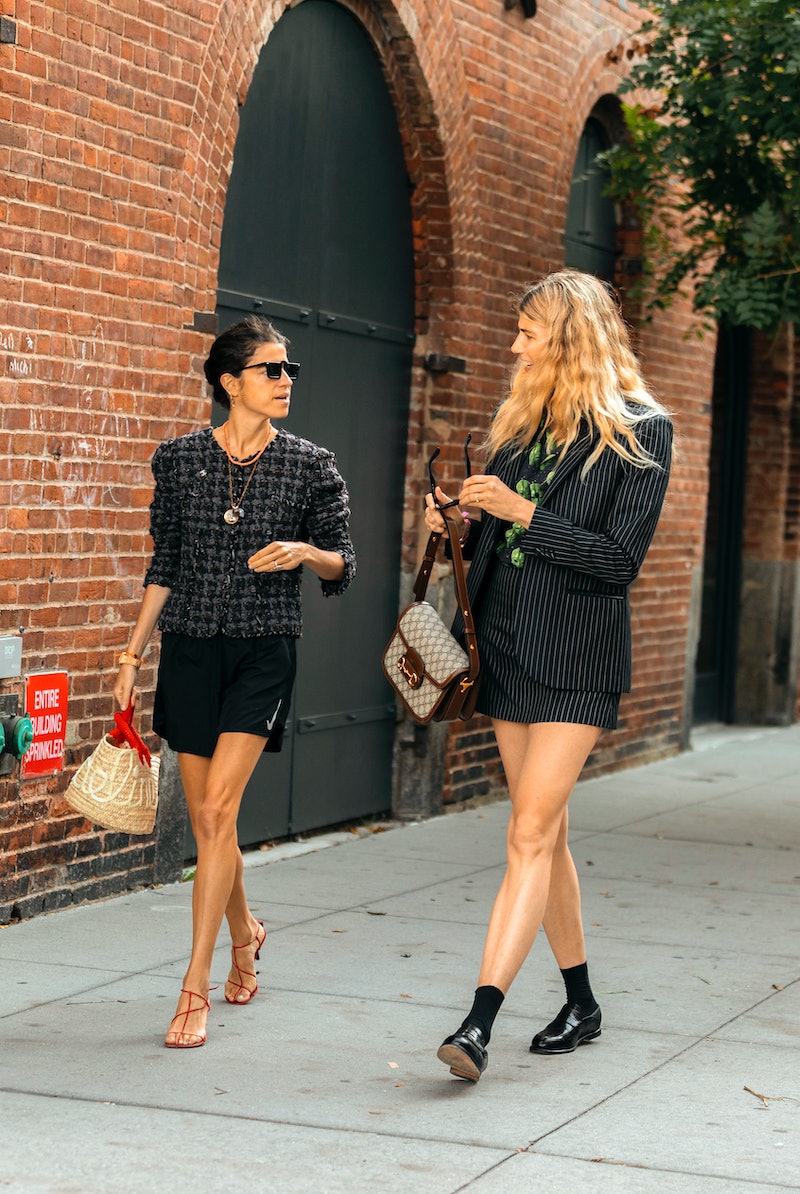 Fashion week today exists as much on Instagram as it does in real life. With only a smartphone, you can see not only every look on the runway, but also every boot, coat, and bag worn by those in the front row — often hours before professional street style photos make their way online. In the early 2010s, when the street style “circus" was a valuable novelty outside the shows, these images of editors, bloggers, and buyers dressed in designer outfits and sky-high heels were the most direct window fashion fans had into an otherwise rarefied world.

Today, that’s hardly the case, and yet each season brings a new flood of images from the sidewalks of New York, London, Paris, and Milan (and increasingly Copenhagen, Sydney, and beyond). Street style isn’t just popular — it’s also powerful: Even today, a few well-placed pieces can effectively launch an up-and-coming brand.

As the founder of the PR and creative agency House Of, Christina Tung understood this when it came time to get the word out about SVNR, her line of eclectic, upcycled jewelry and hand-dyed slip dresses, back in 2018.

“Street style has played a major role in the visibility and discovery of SVNR,” she says, pointing to the support of oft-photographed friends like Rachael Wang, Rajni Jacques, and Nikki Ogunnaike. “Their styling gives the jewelry context and shows versatility — I love seeing how everyone incorporates the pieces into their own aesthetic.”

At the beginning of each season, her agency hosts a gifting suite that draws editors, influencers, and other fashion month attendees — which, thanks to the deluge of content in the weeks that follow, has the effect of boosting clients’ website traffic, sales, Instagram followers, and editorial coverage.

While many showgoers now dress with street style in mind, the images still have an unstaged quality that makes them more relatable than a heavily-styled lookbook shoot. “Street style feels more personal and expressive,” says Indonesia-based handbag designer Alfeya Valrina, whose colorful mini-bags have been a frequent sighting on the fashion month circuit since the brand launched in 2018.

Even for more established names on the fashion calendar, it doesn’t necessarily take a concerted gifting campaign for invitees to show up decked out in a given label.

Tibi’s shows, for one, regularly attract gaggles of influencers wearing the brand’s oversized blazers and kitten heels, despite, according to founder and creative director Amy Smilovic, having “never done a big paid influencer push.”

The brand does lend out clothing to friends, though it doesn’t measure the return on investment beyond Instagram’s basic metrics. Instead, she says, the strategy is “simply a way for the clothing to come to life. I’m truly interested in how many of these women, who have become close friends over the years, interpret the collection.”

Of course, it doesn’t hurt that the brand’s Instagram followers can now shop directly from many of these images, courtesy of the platform’s relatively new checkout tools.

For multi-brand retailers, street style is an especially potent selling tool, which is why e-commerce players like Moda Operandi and Net-A-Porter devote much of their email and social media content during fashion month to snaps from outside the shows, going so far as to hire their own photographers to shoot imagery.

While these photos may feature influencers, editors, or members of the retailer’s buying team, how they’re shot is often just as important as who’s in them, says photographer Cris Fragkou, whose clients include Moda Operandi, Dazed, and Mercedes-Benz.

This often means photographing subjects straight-on so the clothes aren’t distorted, shooting full-length rather than cropped, and making sure to capture the details of a look to entice prospective buyers. It also means staying up-to-date on the trends, brands, and hero pieces a retailer is stocking in any given season, because, “If they don’t stock Prada, then you're not going to run after the person in the giant Prada jacket even if it looks really nice because it's not going to be useful for them,” she says.

This encyclopedic fashion knowledge also needs to be coupled with an understanding of the retailer’s target demographic — no small feat given the frenetic pace of fashion month.

The changing landscape of fashion media, though, means that many photographers now shoot primarily for commercial rather than editorial clients, and so have to keep shoppability in mind.

Asia Typek, who started photographing street style in 2012, says the business has changed dramatically in the years since. Whereas early in her career, “most of my clients were different publications, now it [has] progressed to… brands and retailers mostly. The money has changed as well — it’s no surprise.”

While street style photographers must also contend with the challenge of maintaining a unique identity while shooting many of the same looks as their peers, Typek says she generally avoids trends in favor of “women that have a unique style, and because of that they are authentic.”

Her own aesthetic has earned her a regular gig shooting street style for the buzzy handbag brand Chylak. “We work in a very organic way and women like being photographed by Asia,” says founder Zofia Chylak, who met Typek when they were both early in their careers. Now, the photographer knows the collection well enough that she’ll spot a bag on an influencer like Edie Campbell or Chloé Harrouche, snap photos, and send them along to Chylak.

“For us it’s great to have the photos in similar style and colors, everything just fits and looks good in the end, she knows the aesthetic of the brand so it is always consistent.” In other words, the images aren’t just filler for the brand’s Instagram feed — they’re a central part of its identity.