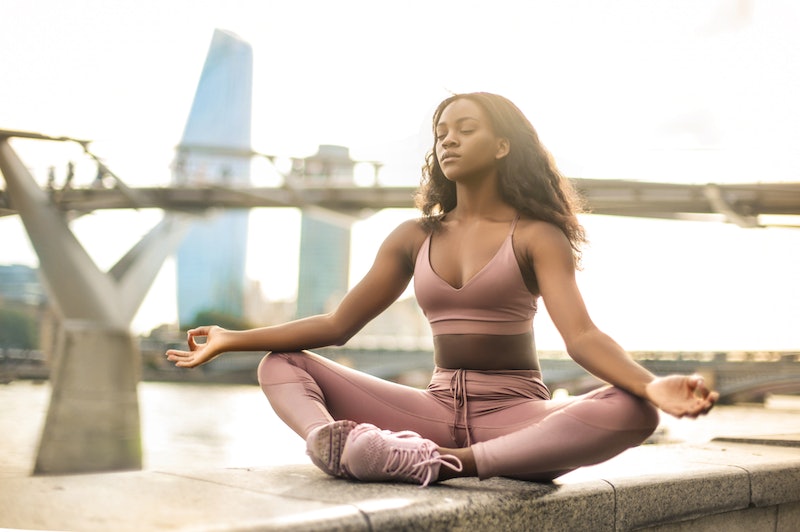 They say old habits die hard. Well what about new habits? If your 20s are all about self-discovery, is it possible to build habits that stick in your 30s, once you’re somewhat settled in your goals and values? The obvious answer here is, of course, yes.

Although humans brains and behavior styles are fully formed by the time you hit your 20s, Boston-based psychiatrist Dr. David Brendel says the brain is constantly changing well into our 30s, 40s, 50s, and beyond. “That said, long-stemming patterns become more difficult to break as the brain solidifies with time — but it can be done,” he says.

So how does one reverse or completely change years or even decades of behavior? According to Dr. Brendel, a specific and detailed plan of attack depends on the intensity of the habit, but creating new patterns of behavior can often stem from one simple solution: repetition. “Once the neural pathways have become more solidified, they become harder to break,” he says. "It’s going to require repetitive effort over time.”

That said, something like perpetual lateness, sleeping through an alarm in the morning, or not exercising can be a bit easier to shift, if you adopt the appropriate tools and thinking. Florida-based clinical psychologist Dr. Lori Ann Davis, recommends starting with repeated words of affirmation for cases like this. “At night, before you go to bed, say to yourself, ‘I will wake up early and be ready to go,’” she says. “This will put your intention into your unconscious and allow your brain to process it.”

This practice of self-affirmations can also prove effective in managing stress and boosting confidence. According to a study published by the Personality and Social Psychology Bulletin, individuals who called to mind their greatest job strengths or other positive assets performed better under pressure.

Another tool to adopt in creating new behavioral patterns involves rewards — little ones. Allow yourself to indulge in small wins in exchange for your efforts in changing things up. “Humans typically don’t like to do things that don’t feel good,” says Davis. “Set up little reward systems that you can look forward to. For example, play your favorite music as you exercise in the morning or reward yourself with your favorite cup of coffee after your workout or while you journal (if you’re trying to journal more).”

Deeper rooted habits like anxious or negative thoughts require a bigger lift and can take more time to change — but, again, dedication and intention is key, so be patient with yourself. For instances like this, however, Dr. Brendel recommends exploring cognitive behavioral therapy (CBT), which aims to modify dysfunctional behaviors, emotions, and thoughts by focusing on solutions to challenge and reverse said patterns. “CBT principles are based on the idea that you shouldn’t wait to feel better to develop better habits,” says Brendel. “You have to be self-disciplined and execute targeted behavior changes to jolt you into a new way of doing things.”

For instance, for a client struggling with anxiety or troubled sleeping, Dr. Brendel says making moves to keep your brain from being overwhelmed might be a good solution. And since research shows that the brain performs better with less stimulation from technology, Dr. Brendel suggests trying to leave your cell phone in another room at night or for periods of time. “It’s proven that cell phones in the room can affect brain performance,” he says. "This behavior change is hard but possible. It can help you sleep better and perform better.”

One thing to consider when developing new habits, however, is to ensure you’re setting realistic goals for yourself. Dr. Brendel says to avoid the “New Year’s resolution method” that inevitably will set you up for failure. For instance, if you want to exercise more, “Don’t promise to run 10 miles every morning,” says Brendel. “Start with committing to three miles a week or 20-minute before work and build from that. If it’s too extreme, it’s just not doable.”