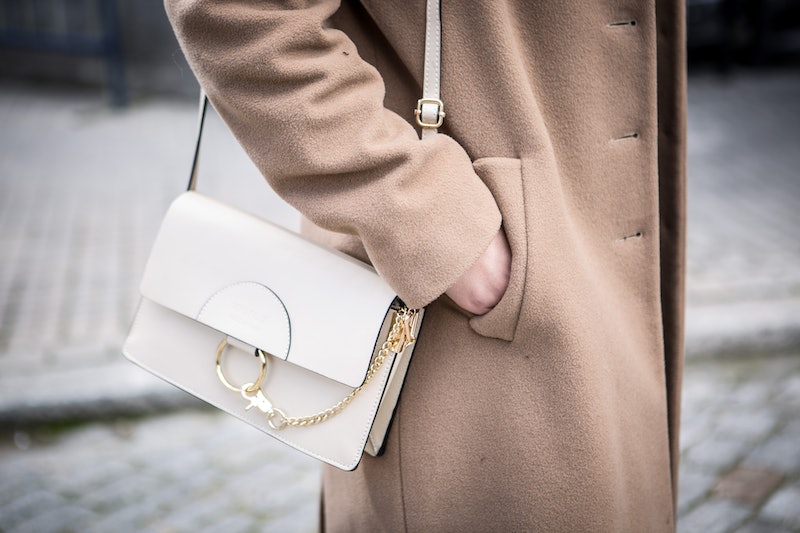 Most would consider debt to be a huge buzz kill, yet 80 percent of Americans have gotten themselves into it. And between school loans, car loans, mortgages, and credit cards, most have accepted that those pesky monthly payments (interest included) are just "facts of life." Yes, it may be "normal" to have some debt, but if you're tired of your paychecks being drained by your stack of bills, it might be time to ask yourself: Is paying off debt for good possible?

In short, the answer is yes. And before you assume living debt-free is a luxury that can only be afforded by millionaires, think again. You can demolish your debt — yes, even your school loans — if you commit to planning, budgeting, and putting extra money into those monthly payments, one balance at a time. And while a raise might help your financial situation, when it comes to your bank account being in the black, it's not just about what you make; it's about how you spend (and how you save).

Ahead, three women who were once buried in debt, share the inspirational stories of how they came out on top. From refinancing loans to making some major sacrifices, the biggest thing they have in common is that they made a plan and stuck with it — and you can, too.

"I refinanced my student loan with SoFi after I graduated and was ready to just keep paying the minimum payment on that and the medical debt [that my husband and I] were working to pay off, too; we built up medical and student loan debt around the same time. I was a few weeks into my Masters degree program when we found out I was pregnant, and about a month later, we found out it was twins. We had a two-year-old daughter at the time and had saved up for another baby, but life had other plans. I had a rough pregnancy that spanned two calendar years, where we wiped out all of our savings with hospital bills (pre-term labor, then bedrest and premature delivery), [plus] the added expense of having two babies at the same time.

We went from being a dual-income family with a safety-net savings account to being a one-income family with tens of thousands of dollars in debt within 18 months. I went back to work when the twins were a month old, but I left my job when the stress of two infants, a full-time job, and school became too much, and when the cost of childcare for three children became more than I was making at work.

[Paying down debt] started with me working multiple jobs that I could do around the kids’ schedules. For awhile, that was just to stay afloat, but we were careful to put as much as we could each month towards our debt.

The biggest change we made was to move to a less expensive area of town. My husband was driving 45 minutes each way to work, and even though we loved our [former] house and neighborhood, we knew we could utilize the equity in our home to take some of the pressure off ourselves. We ended up completely wiping out our debt in one fell swoop, and have never looked back.

"People always say it’s hard to choose between saving and the 'YOLO factor.' And yes, no one is guaranteed tomorrow, but how much can you really enjoy spending money you don’t have while debt is always in the back of your mind?"

We own our cars outright and only have a mortgage. Through budgeting and making better choices with our money, we have finally re-built our emergency savings account and are focusing now on paying down our mortgage and investing/saving for retirement. It also really helped when our kids all reached kindergarten so that our childcare costs decreased significantly. I’m back to working full-time and have also written three novels, so life isn’t quiet by any means, but we’re so much happier.

I am physically and mentally so much healthier without debt weighing me down. I used to have trouble sleeping because I was worried about money constantly. Now, I feel empowered when I think about our money because we are in control of it and not the other way around. I’ve always been in charge of our finances in my marriage and it’s a huge relief to be in charge of a sturdy boat instead of a sinking ship."

"I’ve only ever had student loan debt. I paid off approximately $85,000, including interest, in under six years.

I’ve always been anxious about having debt so I always paid at least my minimum payment, but it wasn’t until three years into repayment that I decided to look into refinancing to lower some of my higher interest rates. I wish refinancing was talked about more because I regret not doing it sooner.

Patience is tough. I hated tax season when I would see how much interest I paid over the last year. That was really motivating to me to refinance and also pay off my loans ASAP so I wasn’t paying so much interest in the long run.

"Accept your debt, analyze your finances, decide the maximum amount you can pay while having a lifestyle that is suitable for you, and make those payments, month in and month out."

I always allowed balance in my life so I could pay my loans aggressively while also contributing to my 401K and also saving for a wedding (which I had last year). Now that my loans are paid off, I’m not going to change my lifestyle, but instead redirect those monthly payments to saving for a down payment on a house. It will also give me the freedom to be more choosy in my career, [since] I don’t have to stay at or choose a job primarily for a paycheck that allows me to pay off my loans quickly. So, there is less pressure nowadays.

Student loans are a fact of life for most millennials. I used to get super worked up about it, but realized that it wasn’t doing any good. I rarely looked at the balance because when the principal is large, it can seem like it’s never moving. You’ll get there one day!"

"The first thing [my husband Mike and I] did was merge our finances as a newly married couple. We were both very independent with our finances but realized 'being one' really meant 'being one' with everything, including finances.

Our church offered Dave Ramsey’s Financial Peace University and it all clicked. We became ‘gazelle intense’ [a term coined in the program] and worked together to pay down debt.

The motto we have adopted from Dave Ramsey is 'Live like no one else so you can live like no one else.' Budgeting and being accountable to spending has been key for me. Without accountability, I act without restraint. We are now completely debt free. We were ‘gazelle intense’ on credit cards and car debts of $125,000 and paid it off in two and a half years.

Without debt, we have been able to build an emergency fund, save for projects, pay cash for things, achieve financial peace, and give back in bigger ways.

"Debt in our society has become the norm. It’s 'normal' to have student loan debt, credit card debt, lease cars, and live above your means."

I think we should all become debt free so we can live and give like no one else. Imagine if we all lived that way — imagine all the good we could do in the world. [...] The more blessed you are, the more you can bless others. That’s peace."