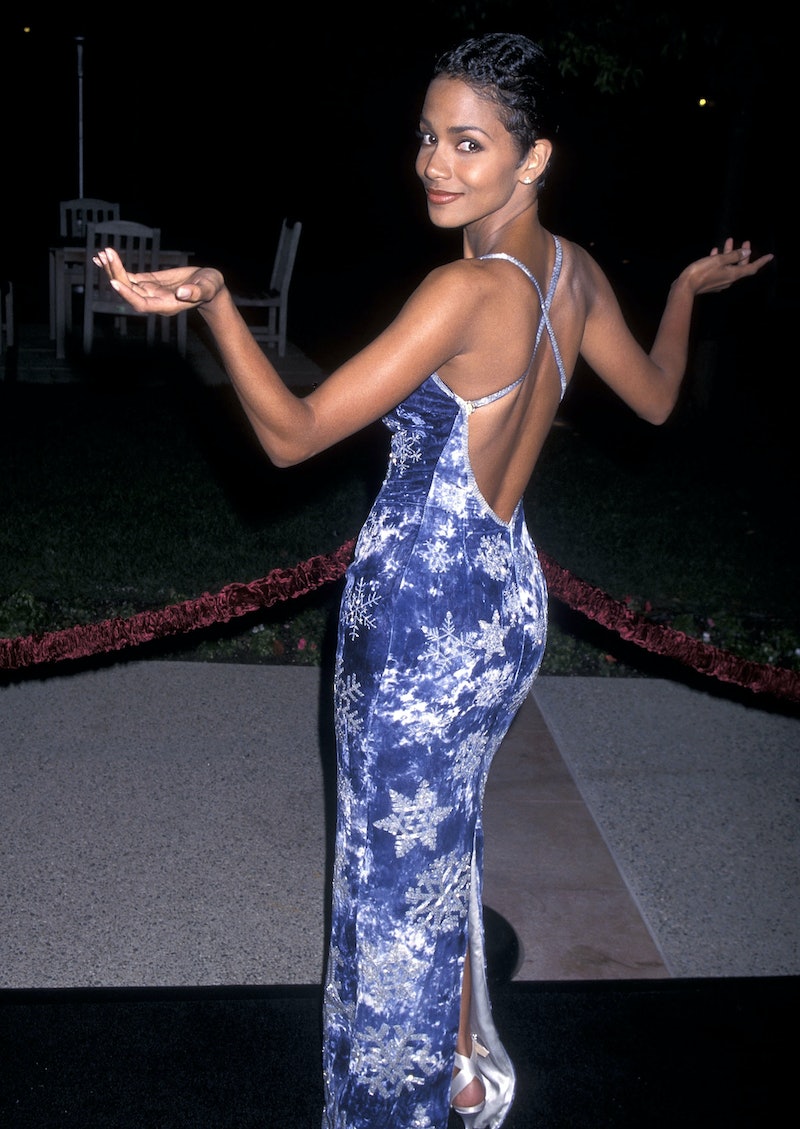 Of all the starlets to come through Hollywood over the past several decades, few are as seminal as Halle Berry. The American actor is known not only known for her spellbinding on-screen performances, but also for her prowess when it comes to best-dressing. Since the early '90s, Berry has executed one flawless look after another, whether wearing a slinky gown on the red carpet or styling up a floor-length leopard coat while running around town. Overall, Halle Berry's most iconic looks over the years are long-overdue for an audit — so, TZR is rounding out the top 10.

It's almost impossible to think about Berry's style without the image of her fringe-trimmed two-piece set at the MTV Movie Awards, which kicked off the new millennium with major panache. Her style has wavered significantly over the years, dovetailing between punchy, show-stopping ensembles and refined, minimalist maxis without ever failing to impress. No matter which looks you favor, continue ahead for looks running the gamut from all across her style file: