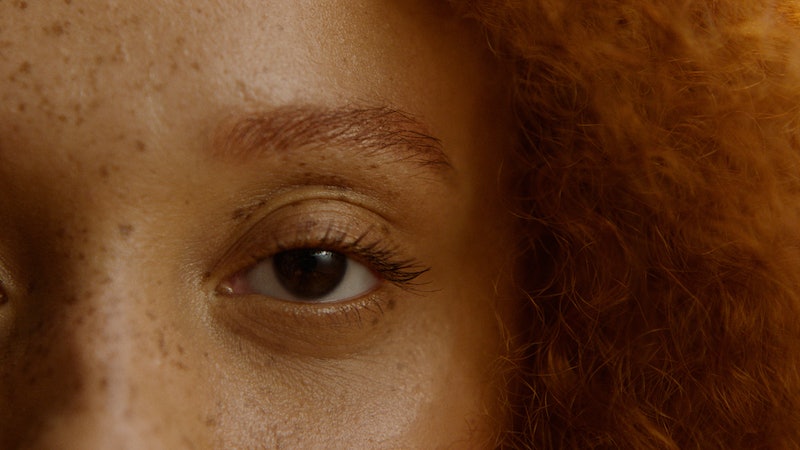 Much like someone with an uncommon name scouring a souvenir shop for an engraved keychain, redheads are perpetually faced with a gap in the market when looking for eyebrow products to suit their ever-elusive hair shade. Finally, the holy grail of brow gels — Glossier's Boy Brow — is offering some relief: The auburn iteration is here.

Since Glossier's star product launched in 2015, a whopping 4 million Boy Brows have been sold (and presumably then featured in highly editorialized Instagram photos). According to the brand, the cult classic once amassed a 10,000-person waitlist and has graced the facial hair of beauty gods Beyoncé, Rosie Huntington-Whiteley, and Tracee Ellis Ross — none of who, as it turns out, have red hair.

Until now, redheads have had to resort to the black market of brow gels for hues outside of the standard black, blonde, and brown range. Last year, a makeshift petition emerged on the r/glossier subreddit demanding a red version of Boy Brow be made. And so it was.

With the welcome arrival of the brand's new Boy Brow in auburn, redheads will no longer have to pass as brunette, go a little bit blonder, or ultimately accept defeat and get the clear.

All five variations of the beloved eyebrow pomade are made with natural beeswax and carnauba wax to hold hairs in place (sans stiffness), oleic acid to nourish and moisturize, lecithin for a silky-smooth texture, and atelocollagen for strengthening. Originally inspired by traditional mustache waxes, Boy Brow is a multitasker that fluffs, shapes, polishes, and simultaneously conditions. It is, generally speaking, everyone's fave — and that now goes for the red-haired demographic, too.

In honor of the launch, Glossier will also be rolling out an uplifting social media campaign to celebrate the relationships people have with their eyebrows. The new auburn addition to Boy Brow, ahead.