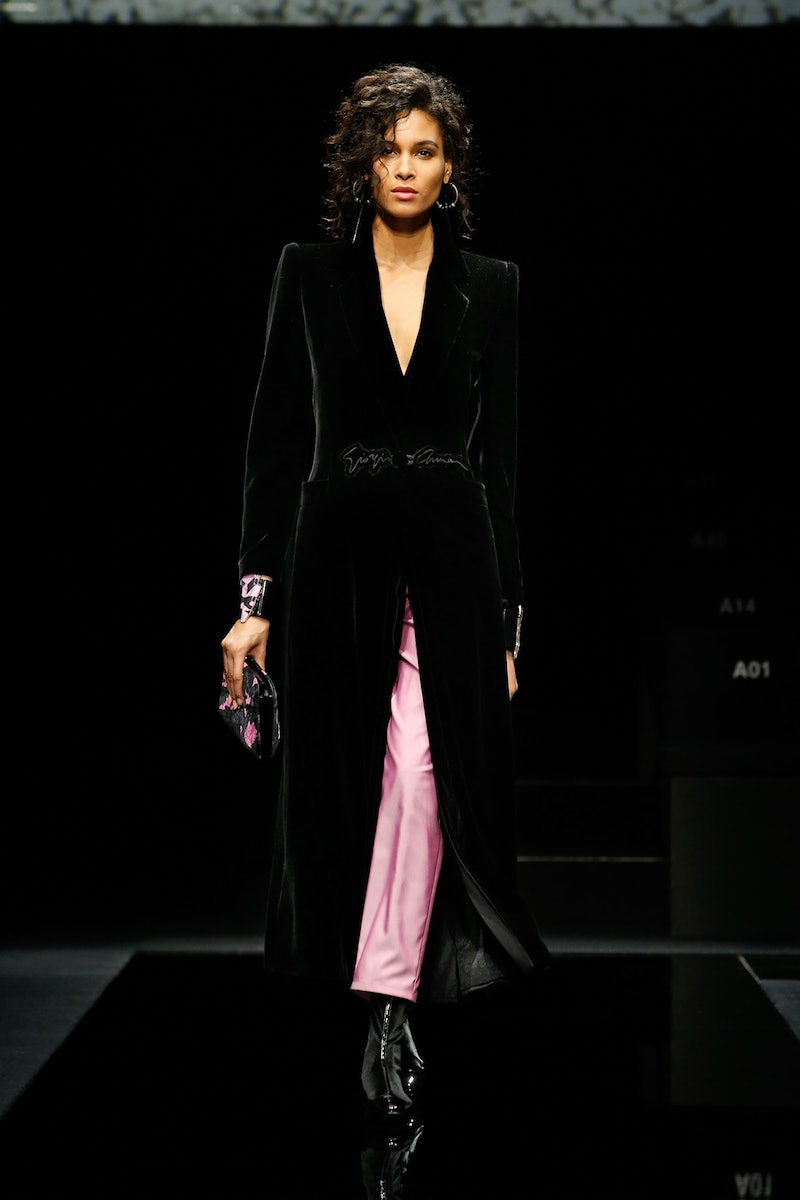 Giorio Armani was set to close Milan Fashion Week on Sunday evening, but a last-minute email changed exactly what that would mean. Due to fears around the spread of Coronavirus outside of Milan, the decision was made to have models walk the runway for Giorgio Amrani’s Fall/Winter 2020 collection to an empty room, streaming the show out of Armani's palatial headquarters. The show closed with two looks from previous collections inspired by China as a final nod of respect. Interested viewers could tune in online — including those who were intentioned to see in person.

This season the clothes were those befit of the Armani customer, filled with classic staples in rich velvet, subtle florals, and jewel tones. But, while the show was one that didn't feel particularly subject to the trend cycle, something Mr. Armani addressed back show after his Emporio show earlier in the week. Notably though, there was plenty of slime green punctuated against a more somber black — a playful contrast for the fall season. There was also plenty of embellishment and metallic detail throughout, both on long gowns and as shiny separates. The overall feel of the collection sat squarely in the outfit in between — toeing the line between daywear and that meant for evening. The pieces would surely hold up at the office, but with flourishes fancy enough for the fanciful activities Armani's customer heads to afterward.

In total, the show included 85 looks, allowing Mr. Armani to touch back on a few key themes throughout. There were many takes on the skirt and pantsuit, as a flared metallic combination, in silver trousers with a cropped jacket, and in coordinating semi-psychedelic prints.

And as for the accessories, they tended to be oversized and statement-making. Dangling crystal earrings popped against a black wrap, and a fringed choker necklace popped against metallic suiting. The bottom line this season: live audience or not, Armani knows his core customer, and how to give them exactly what they want.