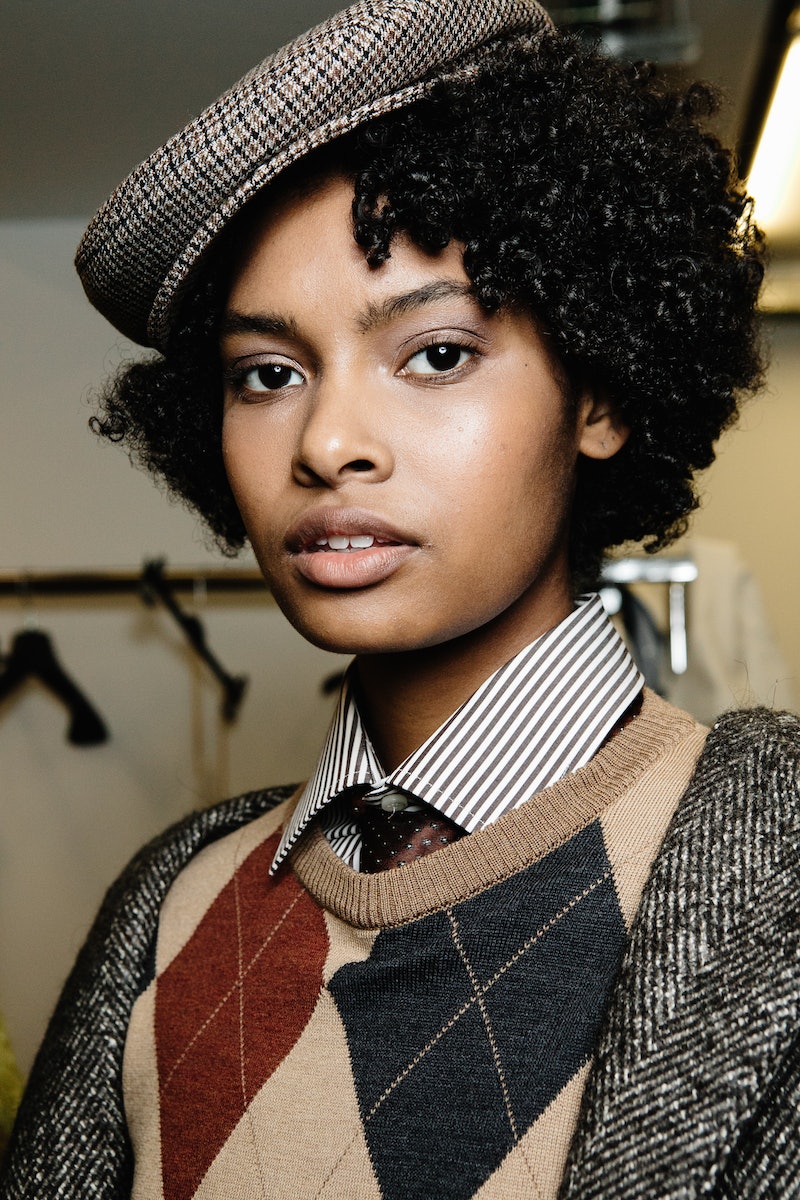 ‘Tis the season for sweet potatoes, if you’re into that sort of thing. And why wouldn’t you be? Sweet potatoes are the perfect marriage of taste (I’d describe it as “dessert potato”) and health (they’re more nutrient-dense than the regular kind). They’re also versatile: You can have them baked, or thin-sliced and deep-friend, or mashed up with marshmallows. If none of the above makes your mouth water with sweet potato anticipation — perhaps you’re "not a sweet potato person" — consider the benefits of eating sweet potatoes for your skin.

I started pondering a potential skin-sweet potato connection while listening to an episode of “The Cut on Tuesdays,” in which Stella Bugbee, editor-in-chief of The Cut, tells Eva Chen she eats a sweet potato for breakfast every single morning. Her comment was unrelated to skincare, but as my brain is hardwired to turn every conversation into a skincare conversation (see: my experiments with meditation as skincare, breathing as skincare, and even orgasm as skincare), I couldn’t keep my skin-loving synapses from firing. Sweet potatoes are orange. Orange things — carrots, turmeric, actual oranges — are rich in beta carotene. Beta carotene is a retinol precursor. Retinol is "good" for your skin. Therefore, sweet potatoes are good for your skin?! It was time, obviously, for a new experiment.

Phase One: Asking Bugbee if she noticed any beauty benefits from her high beta carotene breakfasts. “I just feel like my whole body is thanking me when I eat a sweet potato,” she tells me over email. “But I don’t eat them for the skin benefits.” Undeterred, I moved onto Phase Two, and reverently placed five garnet sweet potatoes ($1.29 a piece) into my reusable grocery tote, as though they were the precious gems for which they’re named.

Next, I enlisted a naturopath and a dermatologist for guidance — who confirmed that my reasoning, though reductive, is relatively sound. “High beta carotene content is essentially a retinol ‘precursor,’” Dr. Nadia Musavvir, N.D., a naturopathic doctor and nutrition expert, tells The Zoe Report. (FYI, one cup of baked sweet potatoes equals two times the daily recommended intake of beta carotene.) “When you consume beta carotene, it gets converted in the body to active vitamin A, or retinol.” Consider it a very mild version of your favorite cell-regenerating active. “Vitamin A is an antioxidant that helps neutralize any free radical damage to collagen,” Dr. Musavvir says. “High beta carotene diets prevent premature aging and have even been shown to protect against photodamage and skin cancer.”

“Sweet potatoes are also packed with vitamin C, which is a key player in the production of collagen,” Dr. Aanand Geria, M.D., F.A.A.D., a board-certified dermatologist with Geria Dermatology, tells TZR. So, theoretically, they could preserve your skin’s inherent plumpness and help brighten up any spots of hyperpigmentation. If you’re a believer in alternative therapies (which I am), you’ll be pleased to hear that sweet potatoes may boost hydration, too. “In Traditional Chinese Medicine, sweet potato builds Qi or vital energy and promotes yin or fluid, moving energy of the kidneys, which in turn helps combat dryness and inflammation,” adds Dr. Musavvir. This is less scientific than the beta carotene thing, but still nice to think about.

Sweet potatoes can even literally make you glow… although that’s more of a “side effect” than a “benefit” (a matter of semantics, I say). Dr. Geria notes the radiant, orange-y skin that sometimes accompanies too many sweet potatoes is called carotenoderma. “It refers to the discoloration of the skin that can happen if there is excessive consumption of foods rich in beta carotene,” he explains. “This is most easily seen on the palms and soles.” It’s only temporary. Cut back on the sweet potatoes (or carrots, or turmeric, or oranges) and your coloring will revert back to normal.

So what counts as the perfect amount of sweet potatoes? Enough to reap the retinol rewards without, you know, turning excessively orange? “You would need approximately 30 milligrams per day to see the effects of reduced wrinkles and increased elasticity,” Dr. Musavvir says — which amounts to a little over one sweet potato a day. Anything more than three sweet potatoes a day could actually have adverse effects, including increased sun sensitivity. “They may also be too harsh on the stomach, as they are very fibrous,” Dr. Geria warns.

For all of my preparation — interviews! shopping! intake guidelines! — the experiment was a bit of a flop. My plan to bake one sweet potato for breakfast every morning, a la Bugbee, proved too ambitious. Instead, I bought pre-made rosemary roasted sweet potatoes from the Whole Foods hot bar for five days straight.

At the end of the week, I thought my skin maybe, possibly looked plumper? Glowier? But overall, I didn’t note any major changes. All hope is not lost, though. Dr. Geria says it probably takes three full weeks of a sweet potato diet to see the sweet potato glow — so I know what leftovers I’ll be claiming from the Thanksgiving potluck.