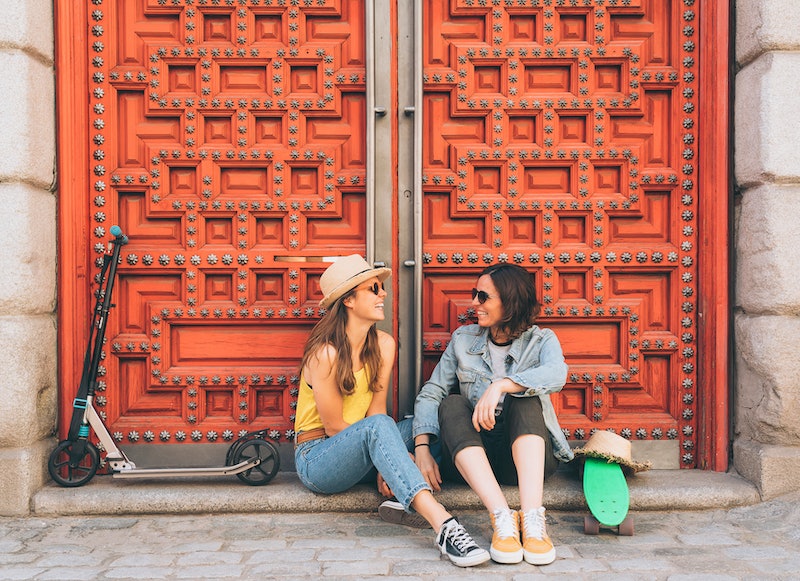 When it comes to sex, there are a lot of myths and misconceptions. From believing that having a "perfect" body is the key to having better sex to buying into the idea that there's a normal standard of style or frequency for getting intimate, there's still a lot to explore about sexuality — more specifically, female sexuality. As women continue to explore their own desires more openly and without judgement, a lot of attention is being paid to their libido. And as consideration around sex drive arises, an age old question seems to have resurfaced: Do aphrodisiacs work?

Lack of sex drive can be a major problem — whether you're in a relationship or not. Not only can it affect your self-confidence, but it can also mean the connection you have with your partner is compromised. A few factors could be to blame, including medical conditions as well as lifestyle-influenced mental states like anxiety and stress. But regardless of what's causing this hit to your libido, if you're in a sexual slump, there's probably not a lot you wouldn't try to get back on track, which is where aphrodisiacs come into play.

Before diving into whether or not specific aphrodisiacs are actually legit, it's important to think about why this idea of them even popped up in the first place. "To better understand the concept of sexual aphrodisiacs, we must begin by looking at the sexual response cycle," says Dr. Carolina Pataky, sex therapist at the Love Discovery Institute. "The sexual response cycle refers to the sequence of emotional and physical changes that occur as an individual becomes sexually aroused."

According to Dr. Pataky, the sexual response cycle is comprised of four stages: Desire (libido), arousal (excitement), orgasm, and resolution. "An aphrodisiac focuses on the arousal stage," she explains, noting that most of them fall into one of two categories: Those that stimulate arousal based on appearance alone (specifically their resemblance to female and male genitalia), and those that contain properties to do so on a chemical level.

The former of these can explain why foods like bananas, papayas, and figs have long been considered to be aphrodisiacs. "Although papayas and bananas are healthy, they can promote arousal through their visual qualities," says Dr. Pataky. "This alone can have a placebo effect, which describes the expectations an individual will hold to produce its desired effects."

As for those that contain properties that can cause a chemical reaction, it seems that a few of the most notorious aphrodisiacs may actually be legit. "One of the top foods on the list are oysters because of the high zinc content," explains Dr. Alyssa Dweck, a New York-based gynecologist. "Chocolate contains methyl amines and fatty acids which are proposed to afford its aphrodisiac capabilities. Both are linked to higher serotonin levels, integral to pleasure response."

Despite this legitimate correlation, both Dweck and Pataky think it's probably more effective to focus on another key factor to increase your sex drive: Your mind. "The biggest sex organ for women? The brain," says Dr. Dweck. In that sense, she explains, many things could be considered to be aphrodisiacs. "For some women, watching their partner empty the dishwasher or do the laundry is a huge turn on," she adds. "Others rely on the usual chocolate or strawberries and champagne." And oddly enough, these might actually offer an additional boost due to the antioxidants in strawberries to help optimize health and the increase in blood flow and relaxing effect of champagne.

And Dr. Pataky suggests that if you do want to consider a supplement, the best options are things that support your overall health. "Miami-based psychiatrist Dr. Marietta Castellanos created a natural supplement to help with mood, focus, and libido," she says. "Glow Experience is a combination of herbs, vitamins, and amino acids to support general well being, memory, concentration, libido, and sexual performance in both males and females."