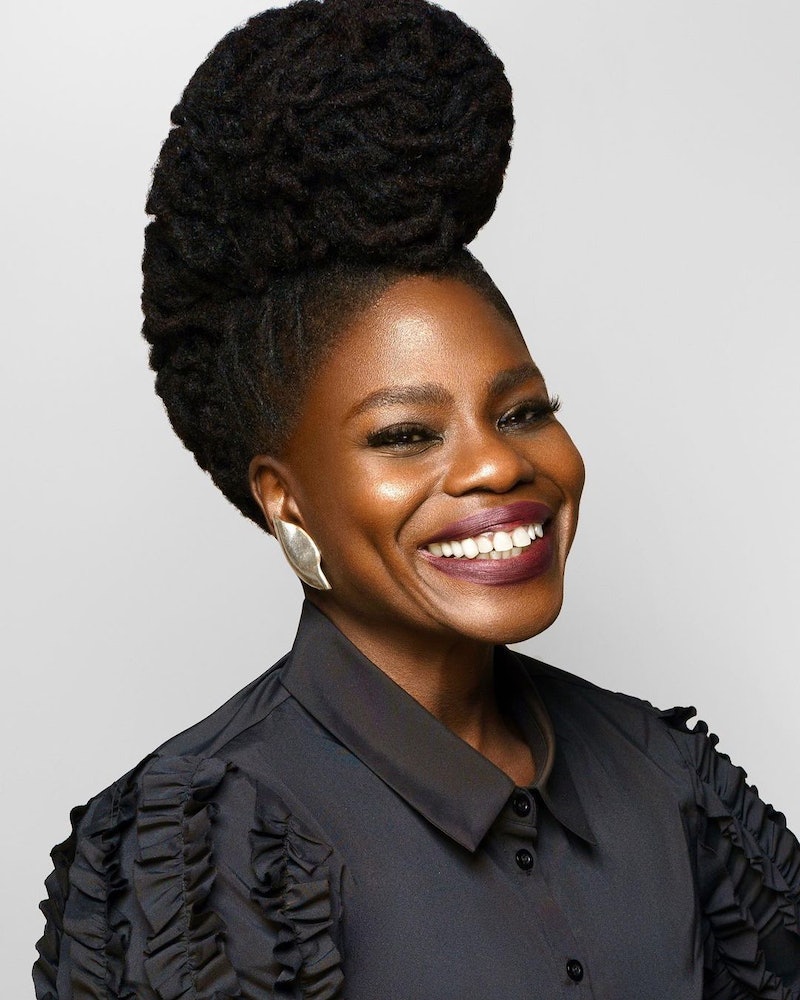 As the Black Lives Matter movement gained momentum after a summer of public unrest, there was a surge — one that was past-due — to support Black creators and innovators. But Danessa Myricks, a noted international makeup artist and consultant with two decades of experience under her belt, didn't need a hashtag or a blacked-out square to support her own.

"Throughout my career, I never understood how brands could sit around a table and make decisions about a group of people they knew nothing about," Myricks tells me over Zoom. "They do it with such authority, such confidence, and zero desire to really understand. And I saw it happen time and again.”

Myricks refuses to let erasure rear its ugly head again. She's also known for her always-sold-out international makeup masterclasses which allowed her to log plenty of frequent flyer miles in 2019 — she traveled 300 days out of the year, meeting hundreds of thousands of budding artists. That access to education, she says, needs to be accessible from the outset, as she knew how important it was to get her hands on industry secrets. “Things weren’t always within my reach when I started," she notes. "I know how it feels when you just want to ask one little question and you can’t — it hurts. I’ve always been forthcoming with sharing information, whether its technique or ways to make things feel easier and more attainable.”

Even after all these years, Myricks still calls herself an “accidental makeup artist." Originally working in marketing for publishers, she unexpectedly switched careers when the company closed down. “I reached out to photographer Eric Von Lockhart, who did all the major hair campaigns and was just that guy. I did so many things that got me more exposure because of him.” Similarly to now, she explains that any Black person had to work hard and she feels the need to protect her space. “It took me forever to get to that place and I wanted to hold on to it. Somebody had to literally hold your hand and make an introduction to get you through certain doors." Being self-taught, she struggled with insecurities of whether she was good enough. "I was caught in the crossroads of imposter syndrome coupled with the narrative that there’s only space for one Black person at a time.”

While racking up magazine credits at the start of her career, she began getting enquiries from hair stylists to create workshops on how to do makeup. As they grew in popularity, she created a series of makeup tutorial DVDs in 2004 to be able to teach at scale. “This was pre-YouTube and social media, so people enjoyed getting these tangible DVDs. I did 20 in total, and I’d teach the looks step by step, which got me known all over the world.” The DVDs led to Myricks being invited by several beauty brands to teach their staff on how to create looks on POC, followed by consulting and then developing.

As we watched the beauty industry react to this summer's social and political unrest, Myricks continues to question the authenticity and reveals she’s experienced both micro- and macro-aggressions throughout her career. “I’m happy that change is happening, but I equally know it’s not coming from a genuine place," she says. "Whether brands are reacting because they really mean it, or because it’s affecting their bottom line, change is happening and my only hope is that it becomes a forever movement — and not just something that’s happening for the moment, until the smoke has cleared and presumably people have forgotten.”

Myricks says that brands often copied one another when trying to create for Black consumers, too. “It was never, ‘Let's figure out or ask Black people what they want’ it was purely about brands saying they had things for everybody and just throwing anything together without proper research. Or even more insultingly, brands would say, ‘We’re creating for POC and we’ll make it such a low price point so they’ll buy it just because its inexpensive’. It’s so much deeper than ‘what shades are we missing’, it's what people are you missing, who are you not understanding, what do you not understand about this community that keeps you from properly serving them.”

Visiting makeup development labs all over the world, Myricks explains that the lack of diversity stretches beyond the boardrooms and shade ranges. “The places where they make products don’t represent my demographic and there isn’t anyone that looks like me there, so they don’t know anything about Black skin; the tones, the nuances in the skin tones, the optimum intensity, how the texture needs to be — even if a brand wanted to do a better job in servicing Black people, who they’re creating with is still a barrier.”

When the time came to create her own brand, Myricks’ creative advantage comes from trusting her gut. She says that when developing for others, they were focussed purely on the economics which made it challenging to innovate. “Any other area of life that has ever moved us has always been bred from intuition. Having seen how other brands develop, I decided that I would create whatever I intuitively believe should exist.” Brands often said her ideas were “too out there” so she knew she could only create the products she dreamt about until her name was on it. “It sounds very esoteric because it's ‘only’ makeup but I know the power that makeup has for people. I want my brand to feel like a place where everyone feels at home and can say, ‘I belong there, I can find myself in there,’ and discover what their possibility can look like.”

On her own Instagram, it’s easy to understand the hype about Danessa Myricks cosmetics. Whether she’s creating a bold neon eye or a perfect red pout, the focus is always on the ethereal, luminous skin. Her products are loved by renowned makeup artists such as Katie Jane Hughes, Lisa Eldridge and Mary Phillips, but the ease of the artistry-led brand is also loved by beauty novices too. “Colorfix is the product of my dreams,” Myricks says. “It was the hardest product to make and we had the most drama when formulating it but I really wanted it be like a universal magic wand that does everything and represents what I want the brand to be.”

Perhaps the truest testament to Myricks’ commitment to inclusivity is that her favorite product comes in over 80 shades. Perfectly aligning her purpose and passion, Myricks created a world that embraces others and democratizes beauty standards. Ever-observant, she’s constantly looking at who is wearing makeup, asking them questions and thinks that people rarely see themselves when looking at beauty billboards. “I know what it feels like to not be seen so I’m always creating for that person and putting them in the forefront. I want to be a part of the shift and speak for everyone that no one is speaking for. Ultimately there is so much magic out there and people need a space to tell their story and shine.” Danessa Myricks is a powerful force within the beauty industry with no desire to slow down. “Understanding, defining and refining my purpose is a big part of what I do. I have to continue for anyone who has ever wanted to do what’s in their heart and make an impact - I want them to know that it is possible.”