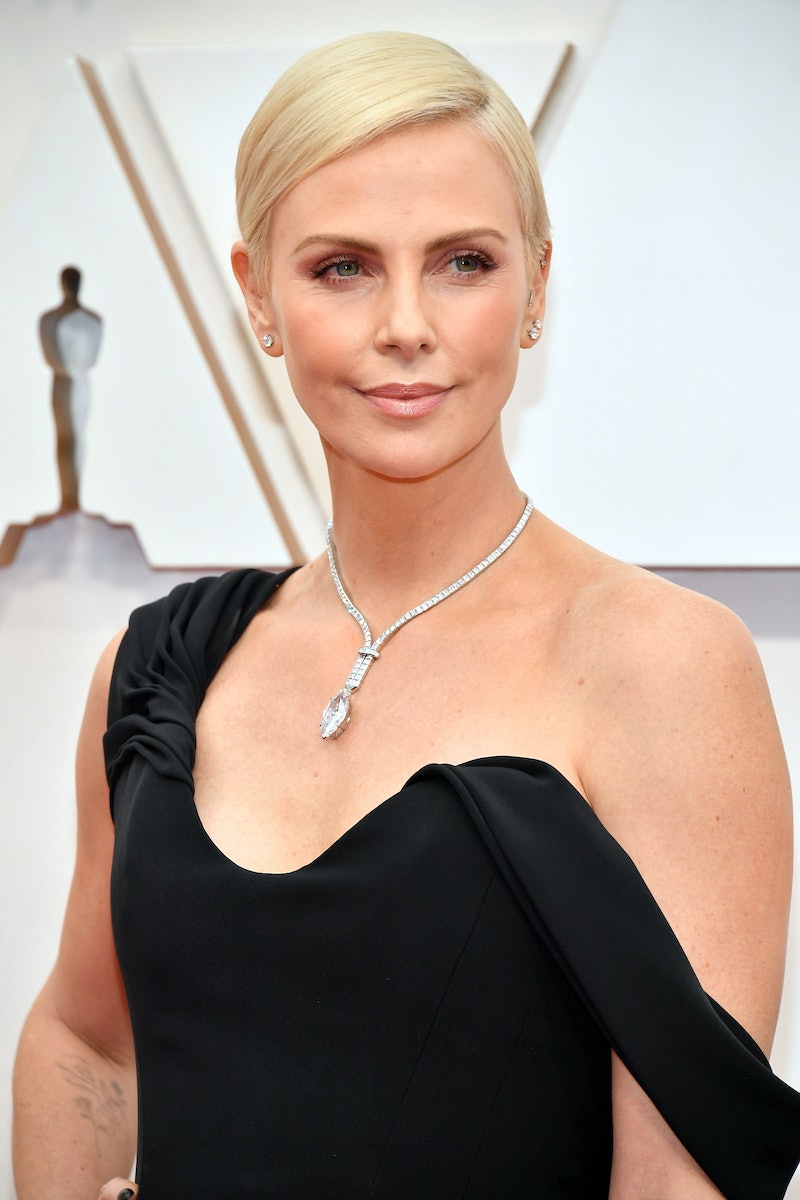 Of all the trends spotted at the 92nd Academy Awards, the plethora of dramatic, show-stopping crystal statement necklaces takes the cake. Sure, the dresses are stunning, the makeup always perfect, and the hairstyles divine — but who can resist a necklace that merits its very own moment in the spotlight? (Spoiler alert: No one, according to the latest red carpet.)

It's the next logical step following the 2020 Screen Actors Guild Awards' tennis necklace trend, too. This time, though, silhouettes were lengthened, additional gems thrown into the mix, and the overall glitz factor turned up one more notch. Just take Janelle Monae's Oscars ensemble as a prime example: If you can look past the jaw-dropping Ralph Lauren look, you'll spot an equally dazzling necklace peeking out from above the neckline (and beneath the hood).

Some stars deviated from the all-crystal look, as well. Little Women writer and director Greta Gerwig's dark dress was complemented with a statement necklace studded with emerald-hued stones. Actor Zazie Beetz took a similar approach, opting for a crystal necklace with fringe-like details and a splash of color in the center.

Ahead, a roundup of the most memorable statement necklaces spotted on the Oscars red carpet.

Menzel's fuchsia dress and regal updo called for a crystal necklace that was just as classic.

Although her gown may've been minimalist, Louis-Dreyfus' wavy necklace was anything but.

On the other hand, Dever's accessories were kept on the simple side, with her delicate necklace playing into the gown's Old Hollywood aesthetic.

A pop of emerald made Gerwig's statement necklace stand out of the crowd.

Yes, Monae's entire look stole the show — but the star's necklace is worthy of a second look, too.

Theron's Tiffany & Co. necklace featured a 20-carat marquise cut diamond that was cut when King Louis XV of France asked a jeweler to create something that would remind him of his mistress' lips, according to Town & Country's Editor-In-Chief, Stellen Volandes, in an Instagram post.

Gadot's lace mockneck could've made a statement on its own, but the actor chose to up the ante with a diamond choker.

Pugh's stunning asymmetrical necklace featured a teardrop ruby at the end that added the perfect finishing touch to an already flawless look.