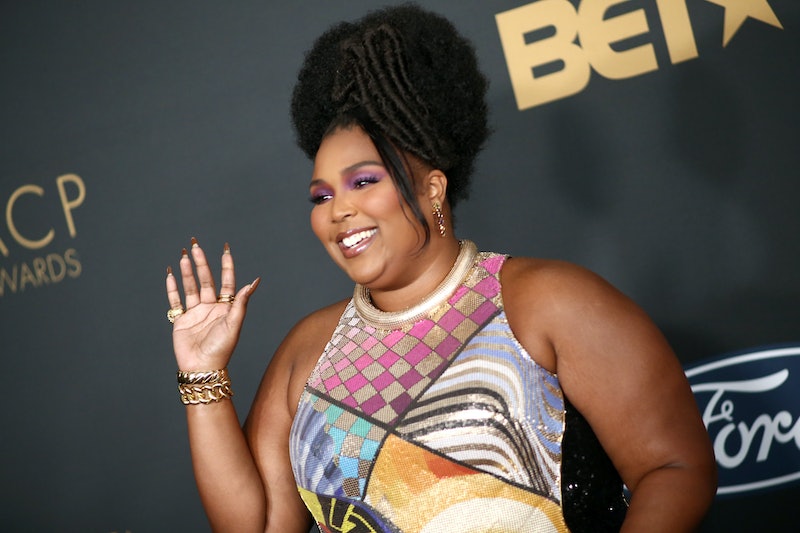 It's impossible to articulate the pain and horror that the Black community has endured historically, not to mention the saturation of it in the last few months as more innocent lives have been lost unjustly. Recently, protests set off by the death of George Floyd have and are continuing to pop up across the world, amplifying the urgent, long overdue need for change. The protesters have been unwavering in their fight, but have been subject to a host of difficulties and abuses of power, including arrest. Although the battle has been brutal, an important, hope-invoking trend has erupted from it: celebrities helping pay bail for protesters.

Jameela Jamil, Chrissy Teigen, Lizzo, and Kehlani are just a few of the stars who have not only lended their platforms to raising the voice of protesters, but now have offered major financial support, too.

Lizzo has shared several posts and videos on Instagram with helpful reminders and useful resources. In a May 29 video post, she addressed how her fans could best support the cities and folks affected following the protests happening in honor of Floyd and offered several suggestions for places to donate to in her video and caption. "We need to bail out protesters. I have already donated money, and I posted and I will continue to post links, and I hope you guys share," she said. She specifically linked out to the Minnesota Freedom Fund as well as We Love Lake Street and several petitions and action-oriented Instagram accounts.

Monáe has been using her platform to tweet helpful tips and retweet the reality of what's been happening at the protests. She was also one of multiple celebrities who matched rapper Noname's donation of $1,000 to the Minnesota Freedom Fund — Jameela Jamil, Steve Carell, and Seth Rogen were also in the chain.

Recently, Teigen shared that she'd be donating $100,000 to help bail out protesters and then later upped the amount to $200,000. Legend chimed in mentioning the three places they'd be sending the money to — Movement for Black Lives, National Lawyers Guild, and Bail Project.

Kehlani was also part of the chain started by Noname and matched the donation. The singer has been using both her Twitter and Instagram as platforms to promote important events and information and offer suggestions so people can quickly take action.

As long as protests continue, protesters and journalists will continue to need bail, but you don't have to have celebrity status to donate. No matter how big or small, any monetary amount helps in this fight and there are a multitude of places you can contribute to pay bail for protesters.

Check out Community Justice Exchange's National website and review the National Bail Fund Network for its directory of bail funds for each state, or head over to ActBlue, where you can send donations to multiple community bails. If you'd like to donate to the organizations assisting protesters through the legal process, the National Lawyers Guild and The Legal Rights Center are also places you can direct your donations to.