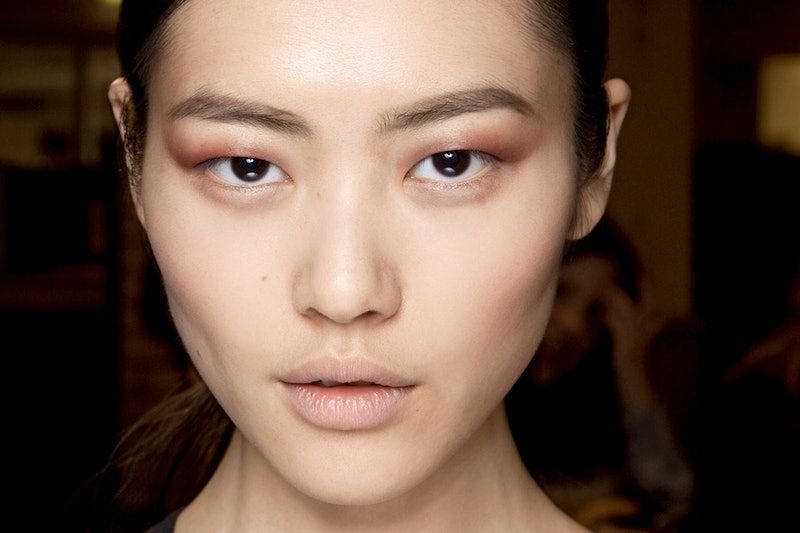 I’m endlessly fascinated by the beauty practices of civilizations past, especially those of the ancient Egyptians. I love imagining their discoveries: Who originally attempted to create a cat eye with sharpened kohl? How did they figure out that a burnt almond made for the perfect eyebrow pencil? And what possibly prompted that first person to milk a camel and then bathe in it? Whatever their reasons, I’m glad they did — because I’ve been applying camel milk face masks for two weeks now, and my skin is noticeably softer, clearer, and brighter. After consulting dermatologists, I’m certain: Camel milk’s benefits for your skin might outweigh those of acid exfoliators, hydrating masks, and vitamin C serums all in one.

“Camel milk is known to have high concentrations of alpha hydroxy acids (AHAs), which help exfoliate dead skin, allowing for cell turnover and renewal,” Dr. Aanand Geria, a dermatologist at Geria Dermatology in New Jersey, tells The Zoe Report. Specifically, camel milk is loaded with lactic acid, an AHA that’s considered to be the most friendly acid for sensitive skin. Like other skincare acids, it gently sloughs away dead skin cells and leaves skin looking fresh — but it also increases skin’s production of ceramides and helps it retain moisture, resulting in a plumper, glowier appearance.

Those with dry skin can also benefit from a dose of camel milk. “It's an effective moisturizer because it contains lanolin, which binds water,” Dr. Geria explains. While pure lanolin cream is said to block pores, the levels of lanolin in camel milk are just enough to lock in moisture without clogging — and in fact, camel milk “may help clear congestion,” Dr. Jennifer Herrmann, a dermatologist at MFC Dermatology and consultant for DNAEGF Renewal, tells The Zoe Report.

“Compared to cow’s milk, camel milk has higher levels of many vitamins and minerals like iron, copper, zinc, and vitamin C,” Dr. Herrmann adds. It actually has a whopping three times the amount of vitamin C as cow’s milk, making it an anti-aging powerhouse. “Vitamin C is required for making collagen,” Dr. Geria explains, and as an antioxidant, this vitamin also protects the skin from the effects of environmental pollution (which can include wrinkles, sagging skin, and age spots). Finally, vitamin C helps brighten skin, reducing discoloration and evening out acne scars.

Camel milk is generally regarded as safe for even the most sensitive skin (I can personally attest to that), but there are some potential side effects. “Some people may have allergic reactions to the lanolin found in camel milk,” Dr. Geria tells us. As with any perishable food-quality ingredient, it also “has the potential to harbor bacteria, which, if in great enough quantities, can cause a skin infection,” Dr. Herrmann says.

For this reason, it’s best not to use camel milk in liquid form (which is pretty hard to get ahold of anyway). Instead, make a DIY face mask using freeze dried camel milk powder, suggests cosmetic chemist Perry Romanowski. “Using the ingredient as a dry mask may also be more effective, since the vitamins would not be as prone to oxidizing while waiting to be used,” Romanowski tells The Zoe Report. He recommends using it no more than once or twice a week.

To make an effective face mask with powdered camel milk, simply mix a tablespoon of powder with a tablespoon of water until it reaches a paste-like consistency and apply. For an extra-moisturizing boost, add in a touch of honey (another Egyptian favorite). After 20 minutes, rinse off — and bask in your Cleopatra-level glow.

Ahead, six ways to DIY — or not — your own camel milk skincare routine.

Aadvik's package of powdered camel milk has enough of the good stuff to create (at least) a year's worth of DIY face masks.

With camel milk, Moroccan saffron to brighten, and aloe juice and argan oil to hydrate, SheaTerra's creamy mask is a modern must-have.

Use this overnight and wake up glowing, thanks to camel milk, rice bran oil (a powerful antioxidant and hydrator), and shea butter.

Not the DIY type? Grab CamelLife's natural exfoliating mask instead.

Care for parched winter lips with Camel Life's lip balm, which features the ancient Egyptian ingredient alongside almond oil and coconut oil to soften and hydrate.

A mix of camel milk, lavender, and rose makes this blend both calming to sensitive skin (thanks to lavender) and powerful for anti-aging (courtesy of rose).