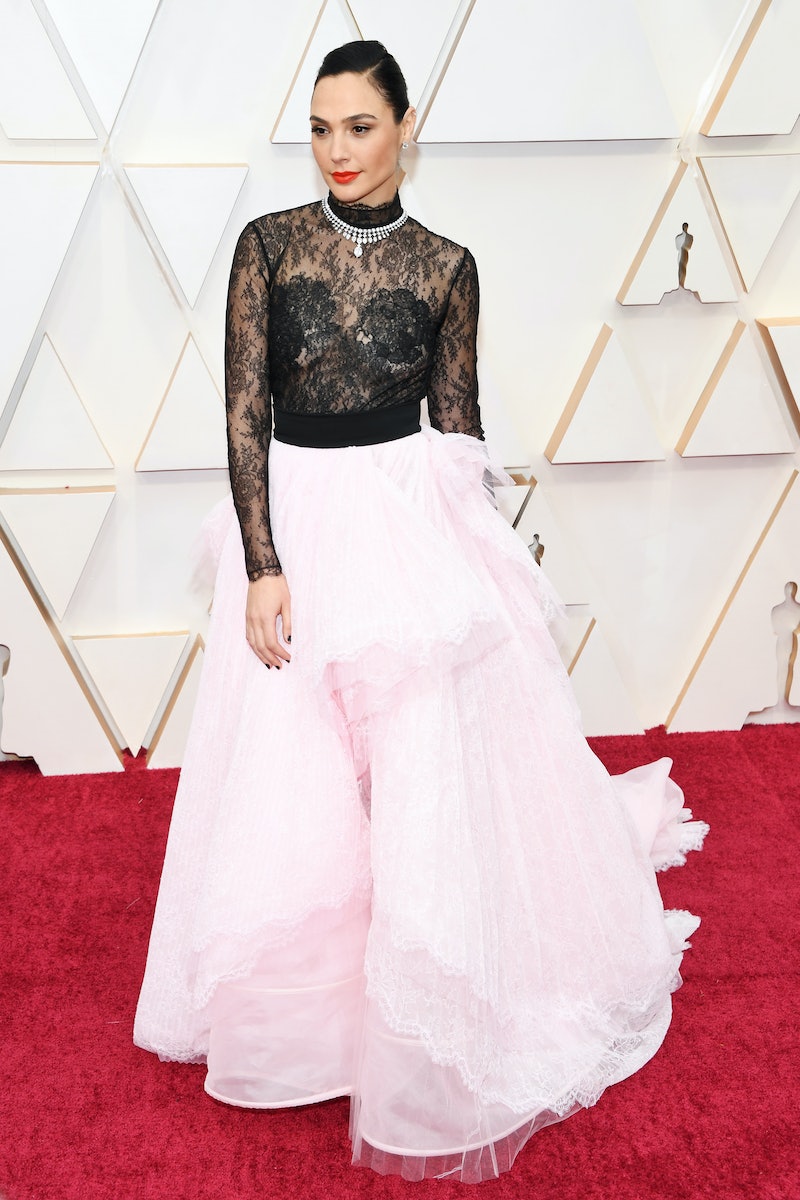 Although pink and red has seemingly been the ruling cutest couple on the red carpet for the past year or so, the 92nd Annual Academy Awards might just mark its dethroning. Yes, this year's ceremony saw the return of a duo you probably embraced at a high school dance or formal: the pink and black dress combination. Although set against varying textures and silhouettes like lace, tulle, dripping gems, etc., the two-toned pattern was clear — and very unexpected.

If the looks from tonight's epic event bring back memories of your prom or winter formal, you wouldn't be alone. The pink and black combo is not new. In the early aughts it was the at the forefront of formal dress trends and seen on many an it-girl of that time period, as well. The beauty of the combination is that it was interesting, fun, and not too serious — so it's surprise it's boomeranged back into your life tonight.

Wonder Woman herself put her stamp of approval on the color duo, with actor Gal Gadot wearing a stunning black and pink Givenchy gown with sheer lace mock-necked bodice and full tulle skirt, topped off with a dazzling Tiffany & Co. choker. Also jumping on the bandwagon was Laura Dern (who won the award for Best Supporting Actress for her role in Marriage Story). The actor wore a sleek column-style dress by Armani with a black embellished bodice (featuring tasseled detailing) and silk pink skirt. Rounding up the trend was none other than Outlander star Caitriona Balfe, who arrived in Valentino Haute Couture with a black mermaid silhouette and sheer pink overlay that tied at the neck in a big bow.

If tonight was any indication, this trend is just taking off, so either dust off your winter formal dress from yesteryear or stock up on an updated version to wear to your next formal affair. It's sure to be crowdpleaser like the three stunning gowns below. Let's see if this trend holds up through the year. Who knows? It might just hold up like its red and pink counterpart.