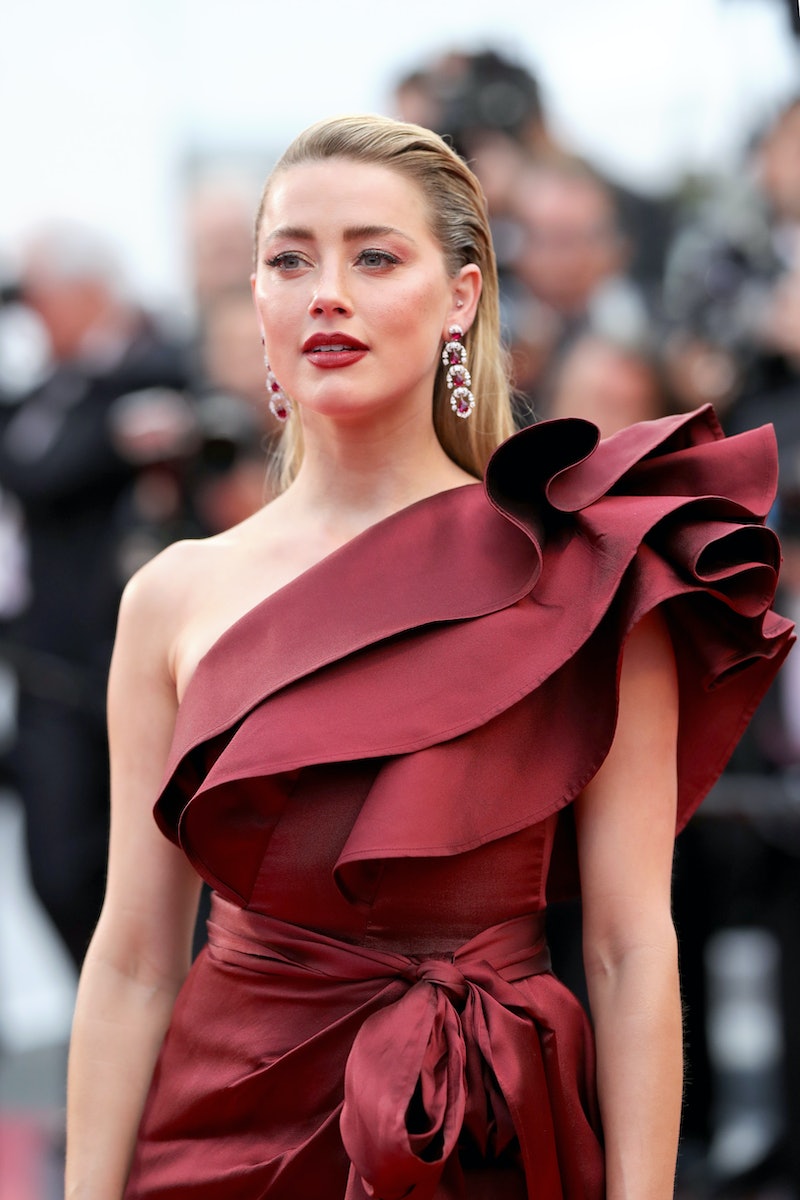 Certain shoes tend to stick around year after year — and that's because they're just so classic, and as such, never seem to go out of style. Sleek black pumps have been a mainstay on the red carpet and in the office for years; royalty-approved Supergas are just as popular now as they were when they first debuted in 1911; and traditional black brogues, just like Amber Heard's, have maintained a strong foothold in the footwear industry for nearly two centuries — though the loafer-like shoe wasn't always considered a fashion staple.

Brogues were introduced at the turn of the 19th century, but they weren't immediately deemed a fashion shoe. In fact, they were initially made for Scottish and Irish farmers, to be worn outdoors while working. In the years following, however, the practical footwear essential — which is characterized by a sturdy leather upper design and decorative perforations (i.e., broguing) — turned into a staple piece both men and women incorporated into their daytime uniform. Now, designers like Prada, Dries Van Noten, Jimmy Choo, and Christian Louboutin have churned out fresh takes on the classic silhouette that celebs and street-style stars can't get enough of.

Heard is one notable name who's clearly on-board with the timeless shoe trend. She's been spotted wearing countless iterations of the tried-and-true silhouette, most recently reaching for a pair on June 10. The actor attended the "Fight Like a Mother" book launch in Los Angeles, held at Mary Alice Haney Davidoff's Brentwood home, in an ensemble that was equal parts easygoing and chic.

The 33-year-old kept it simple for Mon.'s outing, tucking a loose-fitting white T-shirt into a pair of refined black trousers that sat high on the waist. She accessorized the two-piece combo with a black leather belt, layers of necklaces, and perhaps the smartest shoe of all: a pair of black, patent leather Christian Louboutin brogues that are as chic as they are comfortable.

The actor chose an all-around refined approach when it came to styling her brogues, but they can be worn with more laid-back pieces, too, whether that's a floral-print dress or a leather mini skirt. The possibilities are endless with this timeless shoe, which is certainly part of its appeal.

Although Heard's version didn't feature the signature decorative perforations, the market is chock-full of plenty that do. Ahead, shop The Zoe Report's roundup of must-have brogues that you'll be wearing year after year.

According to the product description, it takes an average of eight weeks and more than 250 individual steps to craft a pair of Church's shoes. In other words, they're made to last and well worth the price.

These lightweight woven loafers are perfect for the summertime. Wear them with a white linen dress or light-wash jeans.

For some of the best loafers in the shoe game, you'll want to check out The Office of Angela Scott. The chunky rubber lug sole on this iteration adds just the right amount of height.

These Dries Van Noten brogues are just like traditional styles. They're made in Italy from glossy black leather and are threaded with waxed laces. If ultra classic if what you prefer, then these are your calling card.

These Vionic shoes aren't just super stylish, but they're incredibly comfortable, too. They're crafted with signature Orthaheel technology and fitted with an orthotic footbed.