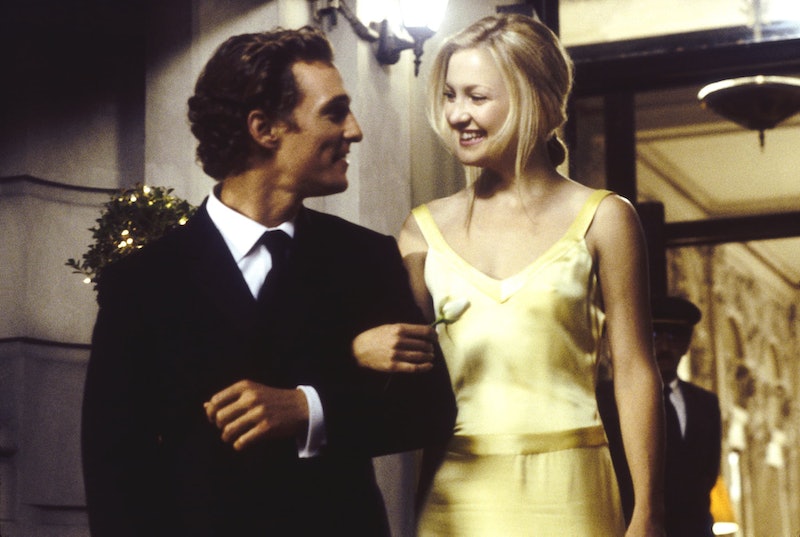 It's been 16 years since Andie Anderson barged into guys night at Benjamin Barry's apartment and started weeping over the tragic death of their dear love fern. It's the romantic comedy that continues to be quoted constantly even more than a decade after its debut. Now, fans will be able to add even more references to their repertoire because a How to Lose a Guy in 10 Days reboot is on its way.

Kate Hudson and Matthew McConaughey's 2003 film is in the league of 50 First Dates, Love Actually, and Sweet Home Alabama when it comes to cult-classic rom-coms from the early aughts.

The story starts with Andie, a columnist for the fictional Composure magazine, who convinces her boss that she can meet a guy and lose him within 10 days just by making the "classic mistakes women make" (and vows to write about it, of course).

Benjamin, an executive at an ad agency, also makes a bet with his boss: that he can "make any woman fall in love" with him, also within 10 days. A hilariously dysfunctional budding relationship between the two of them ensues.

Soon, you'll be able to relive all your favorite moments from the beloved film thanks to its highly-anticipated reboot.

On Thurs., the streaming platform Quibi announced that comedian Guy Branum — who was also a writer for The Mindy Project — would be responsible for the How to Lose a Guy in 10 Days remake, which will reportedly be adapted into a series.

"We were all certain you could not make a good romantic comedy anymore because print media is dead and only rom-com ladies have to work at magazines, but against the tides of history, Quibi and Paramount have agreed to let me rewrite How to Lose a Guy in 10 Days," the comedian tweeted, following up with, "I will be observing and consulting numerous photos of shirtless Matthew McConaughey to properly research this task."

The series is expected to be a modern take on the iconic movie, which means that six-disc CD player in Benjamin's apartment is likely to look more like a Google Home. Let's all hope, however, that Andie's tube tops and midriff-baring boho skirts will make cameos. Oh, and Branum, the historic yellow gown must stay.

No release date has been confirmed for the series yet, but you can keep an eye out for it on Quibi.