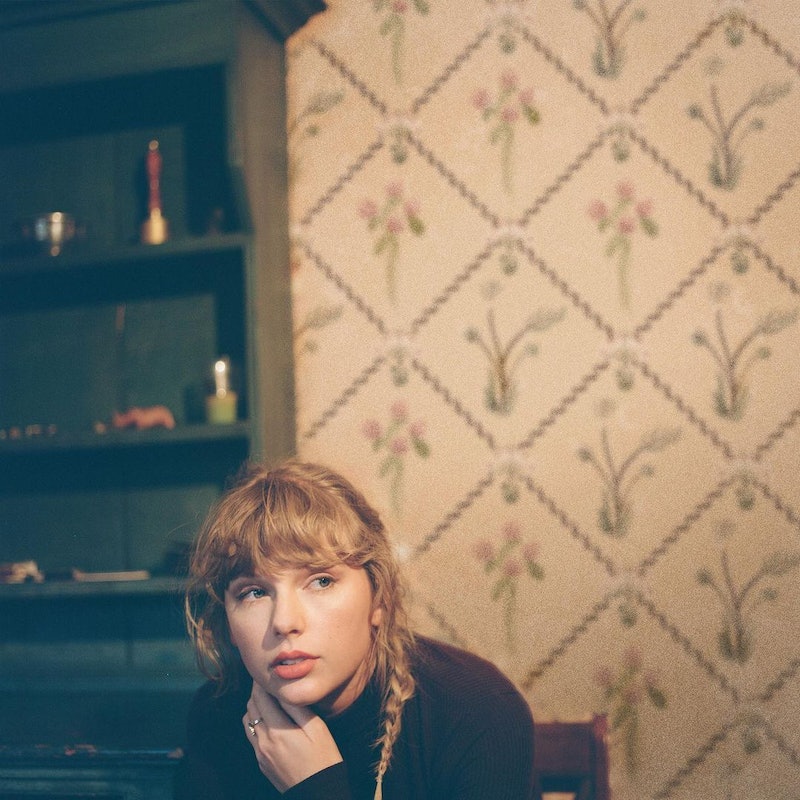 "It feels like we were standing on the edge of the folklorian woods and had a choice: to turn and go back or to travel further into the forest of this music," wrote Taylor Swift in an Instagram post to her 141 million followers. "We chose to wander deeper in." Of course, she was referring to her new album, Evermore, a surprise just months after its sister album topped charts worldwide. As the new record went viral, so did Taylor Swift's plaid coat that she wore on the cover — enough so for it to sell out within hours of the album's release. Luckily, there are tons of similar checked wool coats on offer that are just as cover-worthy as they are primed for a trek into the woods.

The coat in question is from bona fide designer and loyal friend of Swift's, Stella McCartney. Though Swift has called on her eco-friendly designs before, from countless music video appearances to the line of colorful merch they designed together, this choice goes deeper than their years-long friendship. In addition to the album's nature-seeding cover and folky sound, downloading Evermore will yield an entire digital booklet of, in Swift's words, "super cool WOODSY PICS!" — which she reinforced by choosing sustainable fashions from the label.

“Stella is so creative. I told her I had a secret project and she designed clothes that were EXACTLY what I imagined," said Swift in a post on McCartney's feed. "I drove to her office, picked them up and took them into the woods!!” While the entire look was shoppable, the checked, single-breasted coat sold out on Farfetch right away, not that anybody's particularly surprised. Since the seminal cover made its debut, plaids of all kinds have been trending — with a 409% increase in searches for "plaid" compared to the same week last year, according to Klarna. That said, grabbing a coat like Swift's couldn't be more sensible than it is right now.

Go the Swift-approved, sustainable route by shopping a similar Stella coat, like the black and red checked style that's also on Farfetch. For a less traditional silhouette, try ALLSAINTS' Ebony wool peacoat, which features a hood for extra warmth. No matter which you choose, be sure to go with a humble french braid like Swift's, and you're ready to wander into the woods.