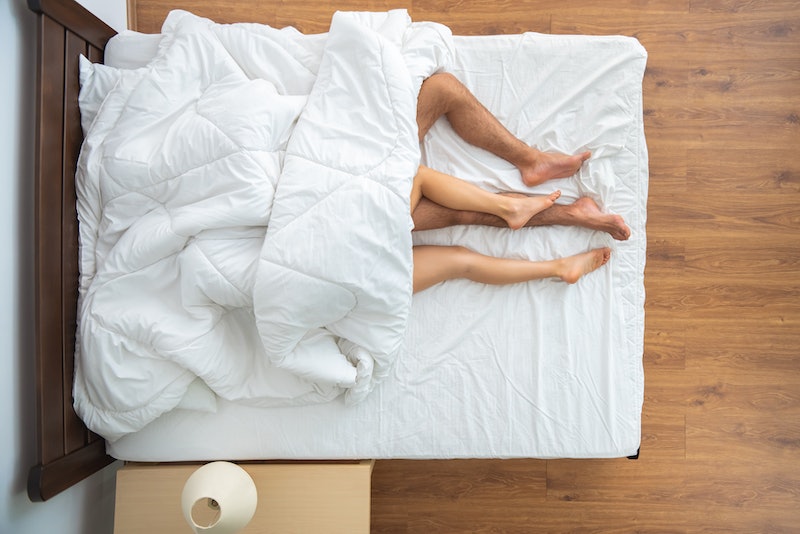 The sexual free spirit of HBO’s Sex And The City Samantha Jones was known to brag of her ability to climax every single time she had sex, eloquently stating: “When I RSVP to a party, I make it my business to come.” Well, that’s all well and good for Samantha, but unfortunately the rest of the population with a vulva doesn’t always have such luck. For some (or many), orgasms can be elusive things, leaving one feeling discouraged in their sex lives and in themselves. And, considering all the common orgasm myths and misconceptions floating around in the universe, it can be easy to feel lost in your own intimate experience, asking yourself questions like, “Isn’t this supposed to work for all women?” and, “Why doesn’t penetration work for me?” Why, indeed.

In an effort to turn the sexual tide and help you relearn some common myths you may have ingrained in your brain, ahead, three popular orgasm misconceptions, Boodram says you need to stop believing immediately.

She recommends replacing any unrealistic media or education that misrepresents your intimate life with content that you can relate to sexually. "Highlighting films or stories that tell your story of pleasure and normalizing those instead is massively important," says Boodram. "Mediums are tools that do help highlight the way you experience pleasure."

“This is kind of a new one that's emerged,” says Boodram. “There are some people I know who are unable to achieve orgasm that way and clitoral stimulation with the tongue is way too sensitive, so they’ve been fighting with their partners to try to help them to understand that. It's not that they don’t like it or that they’re ashamed of their bodies — it just genuinely does not work for them.”

One key method for figuring out your pleasure preferences is to take matters into your own hands. "An obvious tip for receiving orgasm is to start with some self-pleasure," says Boodram. "Finding what works for you is really important. I love this site that’s called OMGYes.com and it has real, everyday women talking about how they achieve orgasm — in great detail. So, whether it be the tapping method, staging or orbiting, consistent or indirect, [...] it's crucial to find specific language that describes the kind of stimulation that you need to achieve that release of sexual tension for you."

"I just think, in general, the biggest misconception that exists is that all people with vulvas are supposed to respond with stimulation in the exact same way," says Boodram. The expert goes on to explain that a good rule of thumb in overturning this (and all) sexual misconceptions is to be a good listener — and nothing else. "When other people are talking about their pleasure, instead of comparing or trying to give tips, just allow that conversation to be enough," she says. "There’s a lot of body parts that we don’t have control over. When it comes to pleasure, there is some control in that you choose the type of stimulation, but you can’t choose the response at all times. If we took the pressure off ourselves and our bodies to respond in the same way other's do, I think that would be a great help."