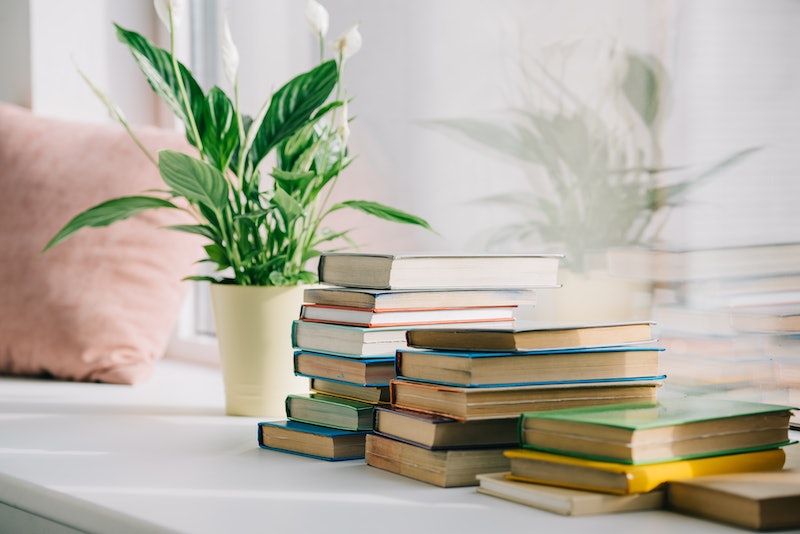 Following the untimely deaths of innocent Black men and women at the hands of current and former law enforcement officers, it's easy to feel hopeless and disillusioned. Mourning is understandable, but if you also want to take active steps to do more for the Black community, educating yourself on the experiences of others is a great way to start as it can make space for understanding and compassion. A simple way to do just that is by picking up some books about race. Yes, speaking up, donating to relief funds, and purchasing from Black-owned business is all incredibly crucial, but increasing your own awareness on the matter is a non-negotiable.

With curfews and stay-at-home (due to COVID-19) orders in place for many, there is plenty of time for reflection and learning, which you can do with the help of selective texts — whether they be classic literature by renowned Black authors or contemporary educational resources — that focus on racism and the Black experience in particular. So if you want to update your current reading list to include titles that will both inform and inspire you, try diving into one or more of the books ahead as a start.

I Know Why The Caged Bird Sings by Maya Angelou

Arguably Angelou's best-known work (and one you might already have read as a kid), this beloved text is an autobiographical, coming-of-age story that covers many facets of the author's experience as a Black woman growing up in the Civil Rights era.

Skylight Books
I Know Why The Caged Bird Sings
$7.99

Wright's 1940 novel was groundbreaking in that, instead of condemning its central character — a young, impoverished Black man and the crimes (both accidental and purposeful) he commits — he spotlights a larger systemic problem affecting the community at large.

Between The World And Me by Ta-Nehisi Coates

This contemporary non-fiction book is actually written as letter to the author's teenage son. Through it, Coates narrates his own experiences with racism and violence as a Black man in America.

Powell's City of Books
Between The World And Me
$26

Davis' book examines the inherent issues of racism in America — specifically through the lens of gender and class. Written in 1981, it is still regarded as one of the most significant texts to come out of the Women's Liberation Movement.

The Bluest Eye by Toni Morrison

With her first novel, Morrison tells a tale that very much mirrors her own experience: A young Black woman living in the post-Depression era who struggles to accept and love herself despite the culture around her, which insists she see herself otherwise.

The Underground Railroad by Colson Whitehead

This 2016 novel takes place — as the title suggests — during the 19th century, when American slaves utilized the secret transportation system to escape to freedom. This narrative follows main characters Caesar and Cora on their route, describing in detail the hardships they faced along the way — which although fictitious in this case, were very much indicative of so many who lived through this time.

The New Jim Crow: Mass Incarceration In The Age Of Colorblindness by Michelle Alexander

Written by acclaimed civil rights lawyer and scholar Michelle Alexander, this non-fiction book examines the criminal justice system and the way the author believes it has specifically failed Black men.

Those seeking a self-help, spiritual resource that's geared toward how they can create change should try this text. Brown is a social justice facilitator and healer whose life's work is to teach others how to look within as a defense against both constant and ever-changing oppressive forces.

The Fire Next Time by James Baldwin

Baldwin, who is greatly revered as one of the best and foremost authors to tackle the issue of race in his work, includes two essays in this non-fiction book. The first is written as a letter to his young nephew, explaining the role of race in American history, and the second elaborating on his own experience, focusing on the impact of religion on race.

Skylight Books
The Fire Next Time
$13.95

New Yorker critic and Columbia University associate professor Als penned this book as a follow-up to his 1996 memoir/manifesto The Women. Similar to that text, White Girls is made up of a collection of essays, but this time the focus is on the "white girls" (a list made up of figures of various races and genders) throughout history and culture who have shaped his identity as a queer Black man in America.