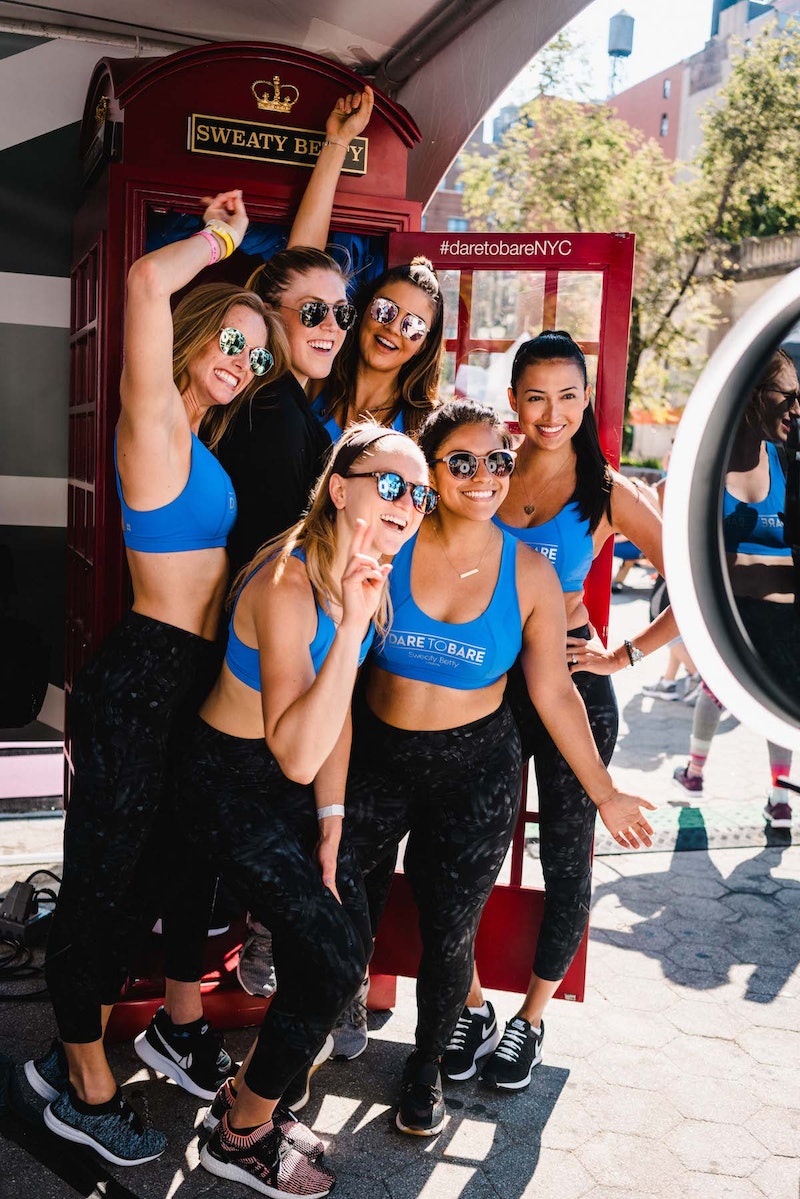 I distinctly remember the moment I began to hate my body. I was eight years old. I was wearing shorts, those pink Hawaiian-print board shorts everyone had from Old Navy. When I looked in the mirror, poking and prodding and stretching my skin, trying to rearrange the pieces of myself to appear slimmer, I thought, "If only your thighs were smaller. Then you’d be pretty."

Variations of that phrase have stuck with me throughout the years, with negativity shifting from my stomach, thighs, arms and, God, even my calves. No part of my body is safe from my critique—an internal Eye of Sauron, if you will.

A few years ago, I went through a bad breakup and couldn’t bring myself to eat—I ended up losing a ton of weight, and everyone was complimenting me on how great I looked. But the truth was that I was depressed and on the verge of developing an eating disorder. My thighs were smaller, but I wasn’t any happier. And still it didn’t click that my physical appearance wouldn’t directly correlate to my happiness.

My experience is not unique. I think you’d be hard-pressed to find a woman who hasn’t struggled with her body image. After some therapy and an overhaul in both my physical and mental lifestyle, I’m finally working toward being more positive about my body. But even so, I refused to work out in just a sports bra. For all that I love my body, I was like, Nope, don’t love you enough to work out without a top even though I really want to. I’ve accumulated some pretty baller activewear over the past year, including some sports bras that are almost a crime to cover with a tank top. But I was never able to commit to going tank top-less.

So when I got the invite to attend Dare to Bare in New York, I was excited with a few healthy dashes of nervousness. The event is put on by the Movemeant Foundation, which empowers women and young girls through fitness. They had several different trendy New York workout studios, including SoulCycle and Dogpound, putting on classes all day. Sweaty Betty, one of the makers of the insanely good activewear I mentioned, sponsored the event for the second year.

Sweaty Betty provided attendees with a special-edition sports bra—and we were encouraged to work out in it. Sans tank top. In the middle of Union Square. I may live in Los Angeles, but I do know that Union Square is a heavily trafficked area. Hence the nerves.

If I'm being perfectly honest, before I got to the event I wasn’t sure I was going to take my tank top off. In fact, I was pretty sure I was going to keep it on because I had consumed two cans of Spindrift the night before, and sparkling water always makes me a little bloated. But after I checked in and found my SoulCycle bike, I took a look around. Everyone was in their sports bras. Everyone looked happy.

After a moment of insecurity in which I agonized over my stomach with the kind of minute detail I normally reserve for Game of Thrones theories, I made a split decision and ripped off my shirt. Imagine, if you will, The Hulk ... but instead of turning into a giant green Mark Ruffalo, I became one of the Amazons of Themyscira.

And then I did it. I worked out in only a Sweaty Betty sports bra. (And leggings, obviously. Pants-less SoulCycle is not something I’m ready for.) The world didn’t end. I didn’t combust into a swirling vortex of insecurities and low-fat yogurt. It wasn’t a big deal, and yet it was also a huge deal. To see all these other women around me, likely struggling with their own body-image issues, working out like badasses, was inspiring and uplifting. And those are two words I don’t use in my vocabulary very often, as I tend to be a "glass completely empty and shattered on the ground" kind of person.

I'd like to say that I hopped on that bike and forgot about the fact that I wasn't wearing a top for the next 60 minutes, but that’s the movie version of these events. In real life, I was keenly aware that my middle region was on full display. Body issues can't be cured overnight or, more aptly, in a single spin class.

Before Dare to Bare, I had this idea that I needed killer abs before I could go to the gym in only a sports bra. And here’s the thing: This was something I wanted to do but was too self-conscious to do. I was just creating excuses for myself. Now I’ve been making a point to work out in a sports bra more often, and each time I do, I begin to feel more powerful and more badass. The other day I even wore a crop top—as part of a regular outfit, not even a workout outfit.