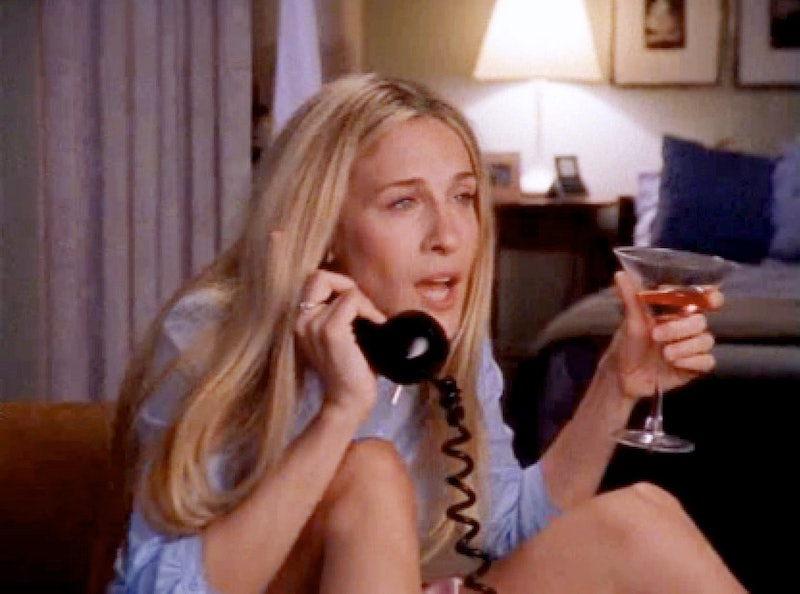 We have self control in a lot of areas, but to be honest, text messaging isn’t one of them. Really, there should be greater controls in place to save ourselves from the ease with which we can nuclear bomb a relationship and/or humiliate ourselves in the dating world via iMessage, as all the emojis in the world can’t help us once we’ve mindlessly dashed off a text we’ll later regret sending. In an effort to aid us all in our endeavor to seem more sane in the digital world, we’ve created a list of times in which you should never, ever text. Memorize it, put the proper precautions in place and, when all else fails, remember this shorthand: You want to attract a Drake, not be a Drake. You know what we mean.

7 Times You Should Absolutely NOT Text

We don't know your limit, but you do. Use the Drunk Mode app if you don't trust yourself to refrain from saying "hi" at 3am or (worse) crafting mostly nonsensical—but still definitely scary—overtures of your affections. If you've been in a relationship for a while, however, feel free to disregard this slide—one of the benefits of monogamy is that you get to drunk dial without consequences.

Let's say you're at Coachella with your friends. The last thing you want to do is spend the whole event texting your significant other or the boy you're crushing on or whoever. Let them imagine you wilding out, or at the very least just enjoying yourself so much so that you've temporarily forgotten about him or her. It's sexy. This goes triple for your birthday and quadruple for NYE, if the person in question is an ex. Never, ever text an ex on a major holiday. For all he or she knows, you're busy partying in St. Barths with Smith Jerrod from SATC. Why disabuse them of this notion?

Whatever issues you might be having with your current or recently-made-ex flame, they won't be resolved by texting after you've dramatically said you wouldn't. If you're trying to make a point with your absence, you need to actually be absent—otherwise, he or she won't take you seriously and nothing will change.

This may well be the most challenging directive on our list. Of course, if you're in a committed relationship, you should feel free to text regularly with increasingly obnoxious demands for soup and such—that's the whole point of a significant other, no? In any other scenario this is a big no-no, however, as there is nothing more sad than an ex sending pitiful texts when she's in bed with the flu, while there is nothing less sexy than inundating a new crush with the tales of your nasal cavity woes. Call your mom instead—that's the whole point of her existence.

Look, if you haven't heard from a guy after a date, a hookup, etc., he's not that into you. Upon realizing this, your instinct will probably be to lash out in anger. Not that we've ever done this before (cough, cough), but speaking on behalf of a friend who has (cough, cough), we must insist that sending a rejection-induced tirade will only make you feel worse, not better. Leave him wondering if you maybe weren't that into it, either.

Again, this one is okay to do if you're in a relationship, but it is not okay under any other circumstances. Someone you've just started seeing does not want to receive an article entitled "7 Questions For Bonding With Your Partner." Someone you used to see does not want to receive an article entitled "16 People Confess The Moment They Realized They Were Dating An Idiot," even if the thought of sending it is pretty hilarious. Note: If you're thinking of sending this article (on when not to text) to the person you're seeing or used to see with a note which reads, "LOL, I do all of these!" just, don't.

We know you know this never ends well.