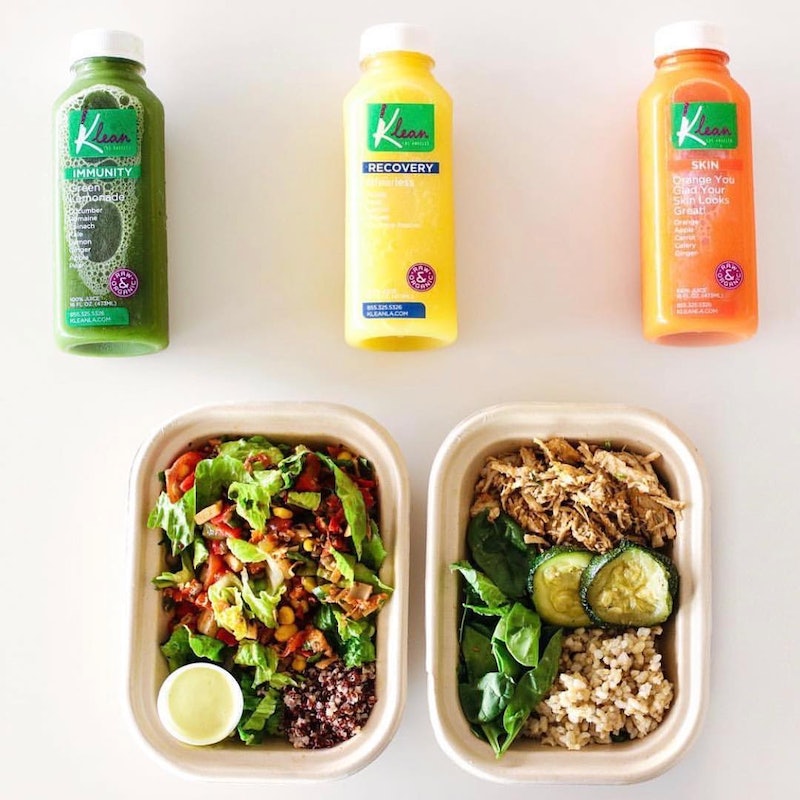 Eating healthier is one of those resolutions that sounds good in theory but is hard to put into practice. It’s one thing to say you’re going to cook dinner every night; it’s another to get home from a long day at the office and actually cut/dice/bake your groceries into something palatable. That’s where healthy meal delivery services come in. I tried five of the most popular options to see which were worth the money—here’s what I found.

When you hear things like gluten- and soy-free, word association would lead you to believe that whatever is being described is also taste-free. Not with Klean LA. The food was vibrant, flavorful and filling. It honestly felt less like a meal delivery service and more like I’d ordered delivery from one of my favorite local healthy joints.

You’ve definitely seen Thistle all over your Instagram. In fact, that was how I found out about it. But since Instagram and reality are most times two very separate things, I had to try this one for myself to see if it lived up to the hype. Good news: It did not disappoint. Thistle is known for their vegan fare, but they also have an option to include meat (which I did). Breakfast involved smoothie bowls and scrambles, and dinners were hearty and veggie-filled. Also, they have a cold brew coffee with almond milk that is divine. (And yes, I definitely Instagrammed it.)

This farm-to-table meal delivery service has a smorgasbord of options, including a plan for moms-to-be and a “personal chef.” I tried the Paleo plan, which meant lots of veggies, healthy fats and clean cuts of meat that were perfectly seasoned and cooked (and I’m very picky about my meat—especially if it’s reheated). They also have killer snacks (shout-out to the almond fig energy bars).

This service was created by two chefs, so naturally the food was both delicious and pretty to look at. Kooshi offers a variety of options (like Paleo and vegetarian), but I really enjoyed the fact that you can completely customize your plan. Though that obviously makes it more expensive, it’s perfect for people who have lots of food allergies or sensitivities.

This is technically a cleanse, but it involves real food and it’s also really great if you’re simply looking to incorporate more veggies into your routine. The soups are delicious and made without all the bad stuff you find in traditional store-bought soups. Plus, Soupure makes some of the best bone broth I’ve ever had.