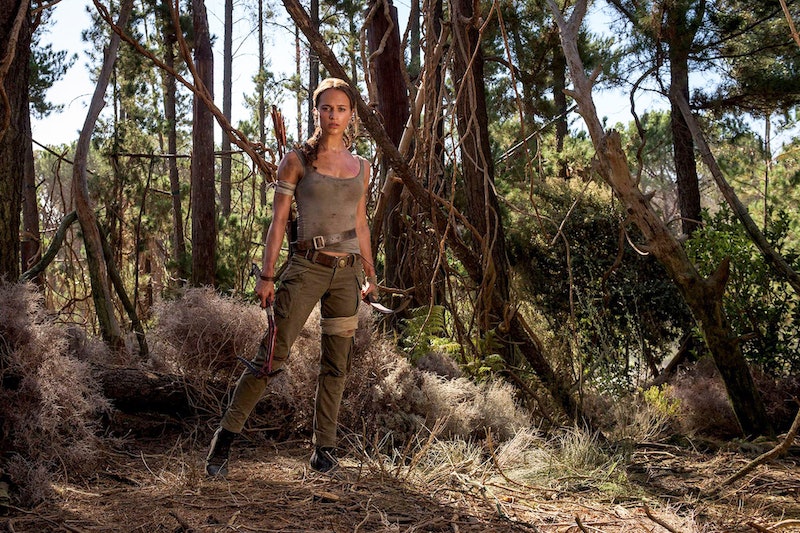 Pictures of Alicia Vikander—specifically, Alicia Vikander’s abs—have been making their way around the interwebs today, and people are freaking out because girlfriend is chiseled. We’re talking giving Zac Efron and The Rock a run for their money. This is how intense they were: Shirtless Michael Fassbender was in some of the photos, too, and we didn’t even notice or care.

Here’s one of the photos that is, for lack of a better phrase, breaking the internet:

Alicia Vikander in a bikini by & Other Stories. Photo: Splash News.

Curious how we could get abs like this for ourselves, we did a little digging into her training routine for the new Lara Croft: Tomb Raider film. As suspected, she did not get those abs by drinking wine and doing light cardio (sad!).

She’s been training hardcore with Swedish trainer Magnus Lygdbäck, whose signature program focuses on “embracing the ethos of the athlete.” If you think that sounds intense, you’d be correct. According to Self , Alicia spent two months with an incredibly rigorous training schedule—meaning five to six days of heavy lifting, boxing and MMA four times a week, and climbing two or three times a week. Plus a few hours of daily stunt rehearsals so she can do a lot of her own stunts in the film.

Then Magnus scaled back Alicia’s workouts a bit to 30 minutes of HIIT in the morning and 45 minutes of gym time in the afternoon. And through all of this, she was on a strict eating plan. Honestly, this sounds so intense, we feel like we should have abs just thinking about it—but apparently that’s not how fitness works.

In conclusion, Alicia Vikander is a badass.